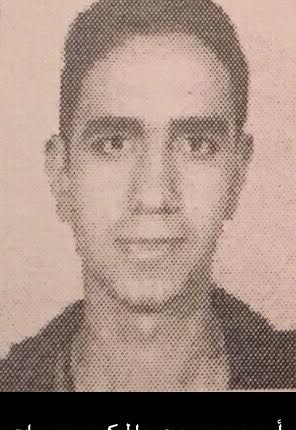 A student, named as Ahmed Abdel Hakim, was killed Saturday on suspicion of being a member of the extremist group Ansar Beit Al-Maqdis, the Ministry of Interior announced.

According to a propaganda video published Saturday on the Ministry of Interior’s social media pages, Abdel Hakim was “a member of Ansar Beit Al-Maqdis organisation”. The ministry added that Abdel Hakim was a student and resided in Al-Zawya Al-Hamra.

The operation, as described by the ministry, was to target terrorist cadres who are convinced of Takfiri ideas, and to arrest those involved in committing terrorist attacks.

“Forces prepared ambushes, however when feeling that security troops were close, [Abdel Hakim] fired, which led to clashes leading to his death,” the statement added. It also said that a machine gun was found near the body of the deceased.

The video, which was aired on state media and private pro-government channels, contained footage of armoured police cars and personnel driving in the street and storming into a house.

However, Mohamed Galal, spokesperson for the Salafi Front, opposes this narrative, saying: “We have been looking for Abdel Hakim for four days. We guessed he might have disappeared like many others. Today [Saturday], the Interior Ministry released a statement that said that he was killed because he was a terrorist.” He added that Abdel Hakim was killed in “cold blood”.

The Students Against the Coup (SAC) group said Abdel Hakim was “killed” by “coup forces”. A spokesperson said that “after four days of disappearance, his family received calls for them to come and receive the body of their relative”.

SAC also said that the police “claimed to have killed Abdel Hakim after exchanging fire with security forces during his attack”. It added that the whole process was an “extra-juridical killing, which follows forced disappearances”.

“Such measures are oppressive and are targeting youth,” the group said. “The only way to stop them is through fair retribution that targets the criminals and killers of the coup.”

In a similar incident in the middle of August, Magdy Bassiony, a former member of the Islamist group Hazemon, was reported missing and then found dead, allegedly due to clashes with police forces.

Magdy’s brother, Ramadan, previously told Daily News Egypt that his brother was detained by the police on 5 August. On the same day, Ramadan says he received a call confirming Magdy had been killed.

However, the Ministry of Interior accused Magdy of attacking security forces guarding the Niger Embassy in Giza. The attack killed one conscript and injured three others. “He fired at the forces, who fired back, and he was killed,” the ministry added.

The Egyptian government has been waging a counterinsurgency on members and affiliates of Ansar Beit Al-Maqdis, now known as “State of Sinai”. Ansar Beit Al-Maqdis, an armed group that has carried out a number of attacks on security outposts, has claimed responsibility for attacks in Giza, Cairo, Ismailia, and Sinai. In September 2013, former interior minister Mohamed Ibrahim was the target of an assassination attempt that was later claimed by the group.

After rebranding itself to “State of Sinai”, the group became more active and more violent, claiming major attacks in the restive Sinai Peninsula.