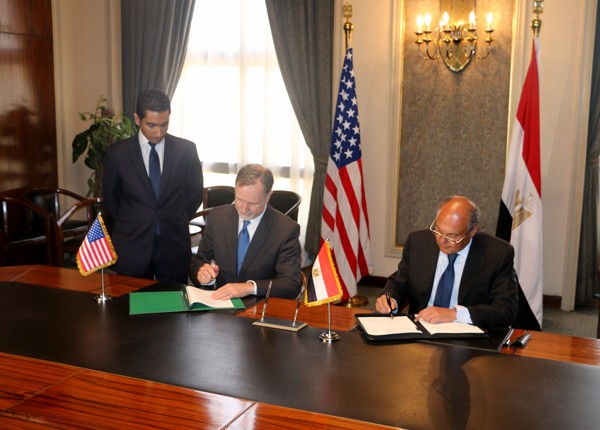 With barely a week left before its expiration, the United States and Egypt announced Monday a renewal of their Science and Technology Joint Fund in a ceremony held at the Ministry of Foreign Affairs.

The fund, which is administered by six members from the US and Egypt, is meant to strengthen bilateral cooperation between the two countries through the identification of mutual interests in the sciences and technological fields.

In a statement released by the US Embassy in Cairo following the signing ceremony, Ambassador Robert Beecroft, lauded the programme calling it a “people-to-people” initiative that had allowed more than 10,000 Egyptian and American scientists to work on more than 480 joint projects and to participate in more than 60 workshops.

The ambassador added that the renewal of the agreement “builds on the US-Egypt Strategic Dialogue held in Cairo 2 August”.

In the 20 year history of the programme, scientists from both countries have cooperated on various issues including in emerging fields of technology with one of the fund’s grantees Mostafa El-Sayed winning the 2008 National Medal of Science for his pioneering work with nanomaterials. The award El-Sayed received is the highest honor that can be conferred in the United States for accomplishments in the sciences.