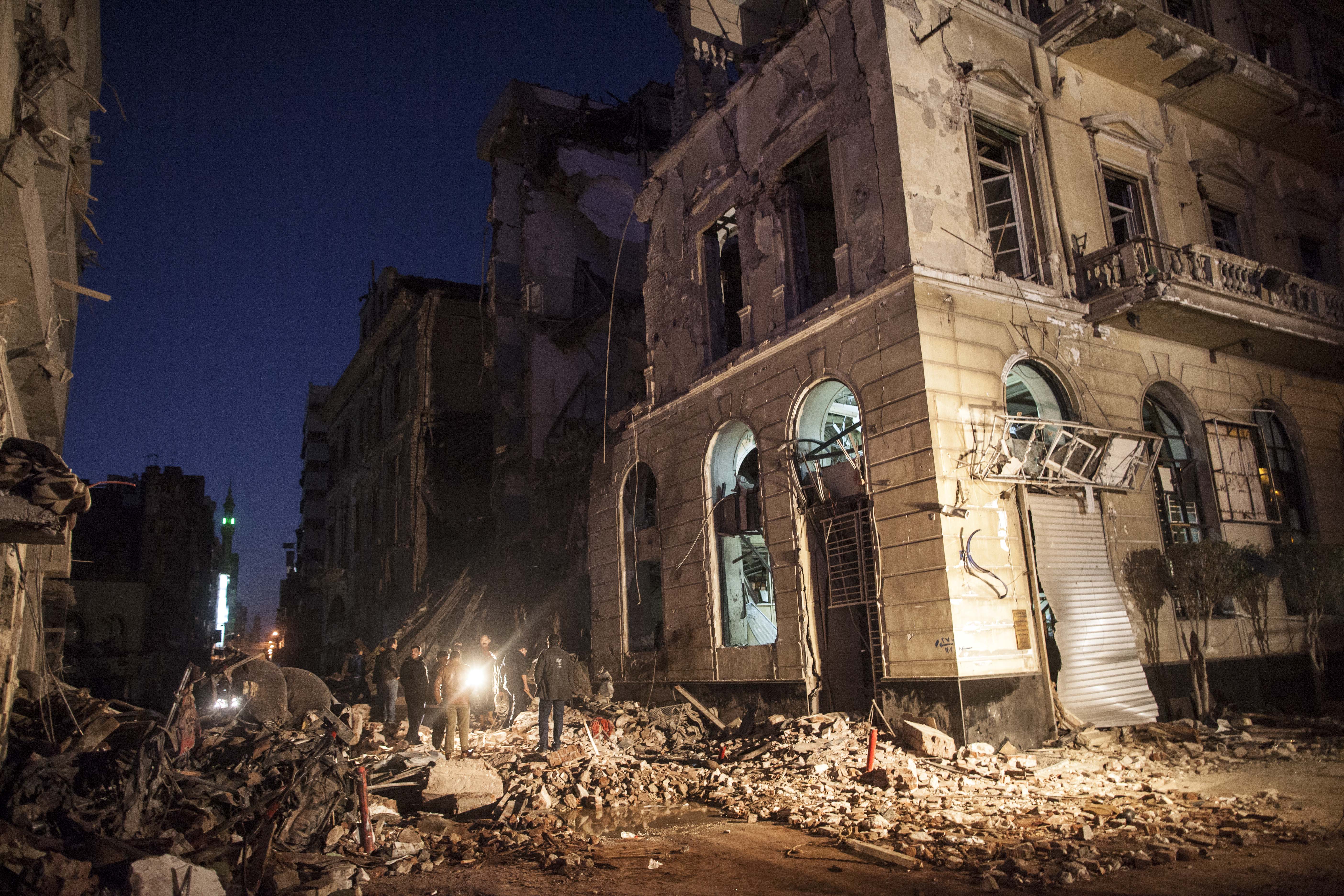 The Interior Ministry said that security troops have enforced a cordon around the site, while intensifying efforts to capture the perpetrators. Explosives experts and firemen are currently roaming the area to dismantle any possible secondary bombs.

Local media reported that the shopping mall was owned by a Coptic Christian, named as Anis Dimitri. The purpose of bombing, however, remains unclear.

Explosions across Egypt have generally targeted security personnel, army personnel and public facilities. This has been an increasing occurrence since the ouster of former president Mohamed Morsi and his Muslim Brotherhood government in July 2013.

Last week, an explosive device targeting a police bus in the Beheira governorate detonated on the side of a road, leaving three police officers dead and 23 others injured. Earlier this month, a bomb exploded near the Heliopolis Court, leaving three injured, including security personnel. A senior police officer died a week later due to injuries sustained in the attack.

Extremist militant group Ajnad Misr claimed responsibility for the attack on the same day via their Twitter account.

With a militant insurgency at its peak in the restive North Sinai governorate, and other attacks frequently occurring in Greater Cairo and other governorates, security forces have been cracking down on bomb makers and owners of small workshops where improvised explosive devices are believed to be made.