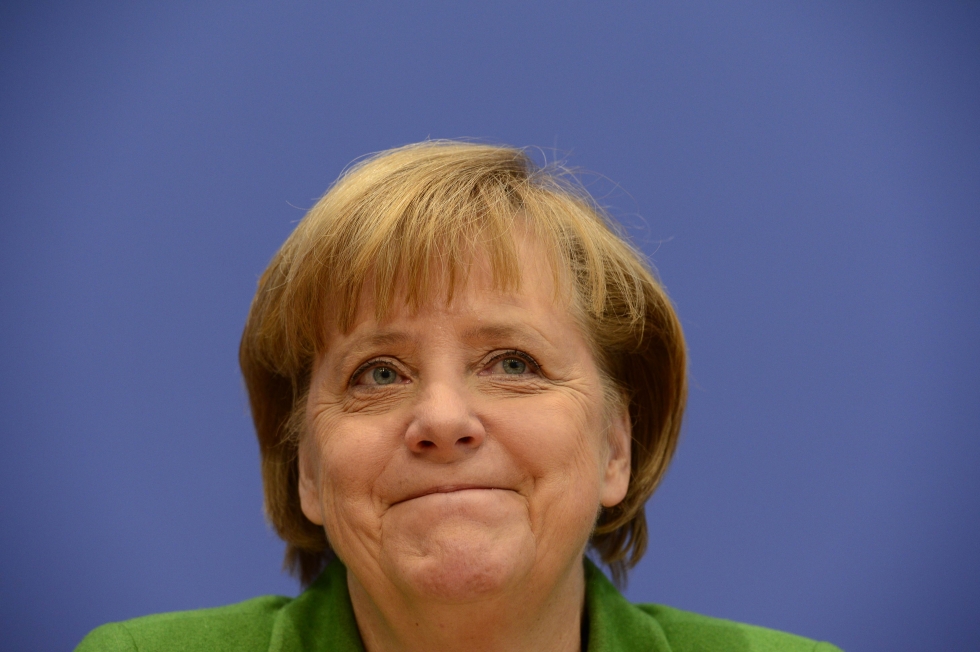 Germany’s Chancellor Angela Merkel has threatened to seek legal action against EU countries in breach of refugee agreements. Several Syrians thanked her at the end of a press conference in Essen.

Merkel announced that she would continue to hold “intense” negotiations with her European counterparts on the ongoing refugee crisis in Europe. Merkel emphasised that all tasks and liabilities associated with the influx of migrants needed to be fairly distributed among EU member states to ensure a “fair distribution of the burden”.

“Europe’s current policy towards asylum seekers is not working,” she said at the Funke Mediengruppe, a media organisation in the city of Essen. “This entire system will have to be overhauled.”

On Thursday, Merkel announced alongside French President Francois Hollande that binding distribution quotas were necessary to manage migration numbers across EU member states. She emphasised that the refugee crisis and its challenges could only be met if Europe managed to cultivate a joint responsibility and called on the majority of EU member states to discontinue their refusal to take on further immigrants.

Merkel also stressed that all EU nations were expected to live up to the Geneva Convention on refugees, repeating her threat of seeking legal action against states, which stood in breach of European immigration policy.

“All of Europe will have to be put to the test according to the size and economic power of each country,” Merkel said.

The chancellor also said that refugees who were running away from war and political turmoil in their home countries would be treated differently from economic migrants.

“Those who have a realistic outlook of staying here will have to be processed quickly and distributed among our member states,” Merkel said.

Dozens of Syrians showed up in Essen to thank the chancellor for accepting migrants from Syria, where years of civil war have forced millions to flee the country. Osama Khal, who attended the event, said that they all wanted to “thank Mrs Merkel for announcing that Germany would accommodate Syrian refugees”.

Far-right protestors also attended the public part of Merkel’s tour of Essen and interrupted her speech on several occasions with boos. The neo-Nazis also held up a flag of the youth wing of the far-right extremist National Democratic Party of Germany (NPD).

Merkel also used her speech to highlight the problem of rising far-right sentiments, saying that Germany was under renewed threat of terrorism at the hand of radicalised people with fascist ideologies.

“We have to remain vigilant and observe the latest developments while decidedly standing up against them,” Merkel said during her speech.

She added that a “disgrace”, such as the series of murders committed by the National Socialist Underground movement (NSU), must not be repeated. Merkel reiterated her zero tolerance stance toward hatemongering and xenophobia, stressing that attacks against migrants and asylum seeker homes would be prosecuted with the full weight of the law.