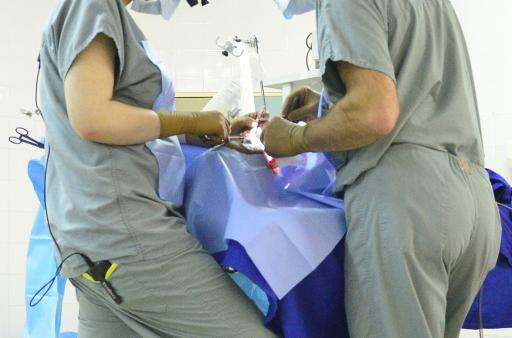 The Administrative Prosecution (AP) referred three doctors in Gamaliya hospital in Daqahleya to a disciplinary court investigation on charges of medical negligence which led to an emergency patient’s death in January.

The AP launched a far-reaching investigation following a report published by private daily newspaper, Youm7, on the death of a student at a Daqahleya hospital due to blood loss.

According to the AP report outlining the investigation results, 17-year-old Yousef Borham arrived at the hospital in mid-January suffering from bleeding and a brain haemorrhage resulting from a car accident. In the emergency room, an on-duty resident provided Borham with the required first aid, but the hospital did not have any blood bags that matched the student’s blood type.

After several attempts, the hospital director decided to refer the case to another nearby hospital. At first, the new hospital said they also did not have the required blood bags, but managed to provide them later after the patient was admitted. This was, however, too late for the patient, who had by that stage passed away.

A total of 594 cases of corruption in medical care were filed in 2014, according to the AP annual report on public health sector corruption, published in late August.

The report reviewed investigation results by the prosecution over 2014, which showed the absence of medical intervention in numerous cases. This was in addition to: non-commitment from doctors and nurses to work hours and shifts; refusing to receive new cases despite emergencies; lack of hygiene and infection safety; financial corruption regarding receiving medical treatment on the state’s expenses that reached up to EGP 253.740m.