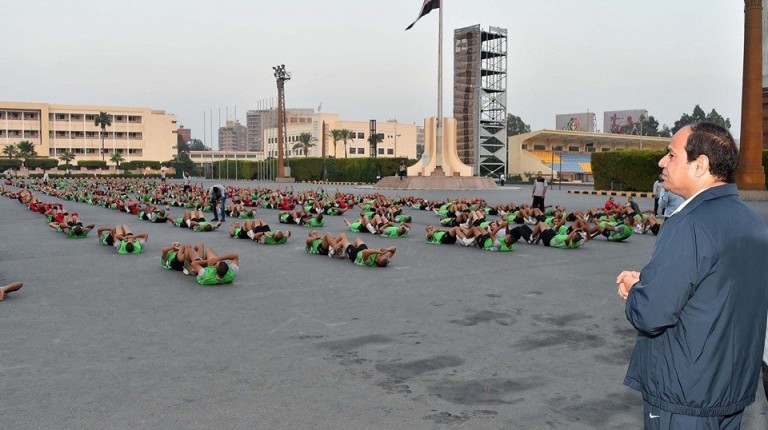 President Abdel Fattah Al-Sisi gave a speech at the Military Academy in Cairo on Sunday morning, to motivate its students.

“I advise you to hold onto the original principles and values of the Egyptian military,” said Al-Sisi, who recently returned from a tour of the Far East, in his speech.

He added that “the war of information and the psychological battle destroys countries, so we have to study it and face its dangers on the Egyptian youth”, state-run news agency MENA reported.

Moreover, Al-Sisi said the role of the Military Academy applies the patriotic ethics of the Egyptian citizen, who is defending national security, as “loving Egypt cannot be expressed only in words”.

During his tour of the Military Academy, President Al-Sisi , who was dressed informally, also attended some student activities, and was accompanied by Defence Minister Sedky Sobhy and Lieutenant General Mahmoud Hegazy.

Al-Sisi’s last speech at the Military Academy was on 30 July, when he witnessed the graduation ceremony for the academy’s 2015 graduates.

Since the ouster of former president Mohamed Morsi, Al-Sisi has asserted that the military ouster of Morsi was the “national desire of the Egyptian people”.