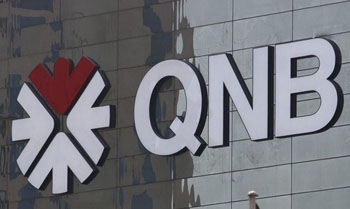 Local banks’ loans-to-deposits ratios have amounted to 40% on average, according to Tarek Fayed, Assistant Managing Director and Chief Business Officer, of QNB Alahli.

Speaking at the Euromoney conference on Monday, Fayed said the bank participates in syndication of four local banks to establish the Abu Rawash power station with a quota of 25%.

Fayed added that the availability of liquidity is not the issue, however the financial inclusion of 90 million Egyptians in the banking system needs to be worked on.

Fayed noted that local banks are interested in financing infrastructure projects, adding that loan transactions are satisfactory, as QND Alahli has deals with the African Development Bank (AfDB), SMEs and other international banks to finance these projects.

“The hard currency limit is not affecting the presence of projects in the energy sector, as the Central Bank of Egypt (CBE) has been managing foreign currency exchange rate risk,” said Fayed. “Meanwhile, the devaluation of the EGP is the something that the economy and market needs.”

He noted that the foreign exchange risk cannot be left open without management and the devaluation of pound incentives attract foreign direct investments (FDIs).

Fayed said that the PPP unit faces challenges in Egypt, as the idea of public-private partnership (PPP) only emerged in Egypt 20 years ago. The unit can achieve renewable energy projects successfully on the condition that dates for carrying out these projects are set for a maximum of five years, he noted.

Meanwhile, Atter Hannoura, Director of the Central Participation Unit at the Ministry of Finance said that the unit will complete seven projects in the energy sector this year.

The director said that the government is keen on maintaining trust with all parties, especially the private sector, through providing specific procedures and regulations to achieve projects successfully.