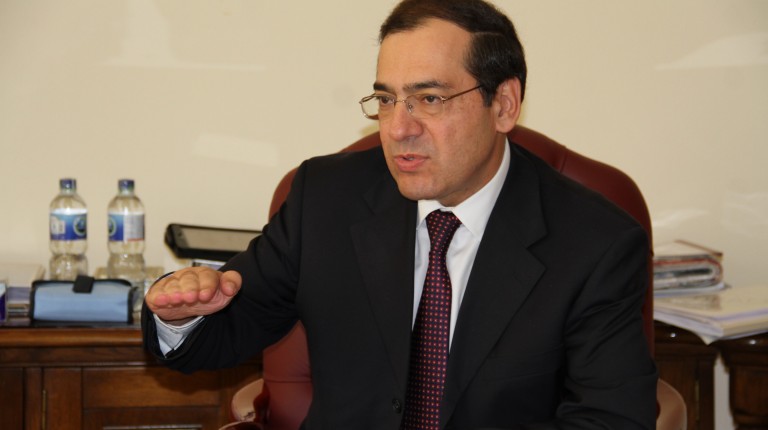 Egypt’s energy sector is undergoing fundamental changes that include a plan to liberalise prices and allow the private sector to import its own fuel . The government seeks to increase oil and gas production rates to reduce imports, in order to provide local market needs. In an interview with Daily News Egypt, Tarek El Molla, CEO of the Egyptian General Petroleum Corporation (EGPC), outlined the investment plans of EGPC’s foreign partners.

How much are the foreign partners’ dues now?

The foreign partners’ dues declined at the end of August 2015 to approximately $2.9bn, compared to $3.5bn, as the equivalent of $600m in Egyptian pounds was paid to the companies over the last month. The part that has been paid was distributed by ratio to all foreign companies working in the petroleum sector. Another part of the foreign companies’ dues is intended to be paid by the end of this year, and we are currently working on determining the means for providing the amount that we have not specified yet.

How much is the liquefied gas import bill per month?

About $120m is paid every month for the import of liquefied gas shipments and renting gasification ships, and this amount will multiply to $240m starting in October 2015, which is when the second gasification ship arrives at the port in Ain Sokhna. The EGPC carries all the costs of importing liquefied gas from its own revenues, and adds them to its expenditures in the annual budget.

How much, in terms of petroleum products, are imported every month, according to international prices?

The fuel import bill dropped to approximately $550m a month, compared to $800m last year. This happened as a result of the continuous decline in crude oil prices, which led to the decline in the value of imported petroleum products, such as gasoline, diesel, fuel oil and butane. Egypt used to import petroleum products worth $1.3bn a month before Brent prices began to decline. The estimated monthly needs of the domestic market are: 500,000 tons of diesel; 300,000 tons of butane; 150,000 tons of gasoline; and 500,000 tons of fuel oil, according to an earlier report by the General Petroleum Corporation. The domestic consumption of gasoline is 6.1m tons per year. Gasoline 80 takes up nearly half of that, at 2.7m tons. Annual consumption of gasoline 92 is 2.5m tons, and that of gasoline 95 is about 400,000 tons, according to figures from the closing account for the fiscal year (FY) 2014-2015 budget.

What are the details of the negotiations with Russian company Rosneft to supply shipments of petroleum products with payment facilities?

There are currently negotiations with Rosneft on the contract details, value of facilities and a grace period. The cooperation will only receive a few shipments of fuel oil, as the company will be sending the remainder directly to Ain Sokhna power plant from Ain Sokhna port. The company offered us a supply of quantities of fuel oil, diesel, gasoline and butane, with better prices and payment facilities.

How do you see the slower increase of Egypt’s production of crude oil?

Egypt’s current production amounts to 700,000 barrels of oil per day, compared to approximately 685,000, as average production during the last fiscal year. This confirms that there is no slowdown, in light of Brent price declines that led foreign companies to reduce their investments in research and development of crude oil across the world.

What is the current position of the measures to acquire dollars for imports under the pressure of the dollar crisis?

The Central Bank of Egypt (CBE) provided about $1.2bn for the cooperation during the past two months. This is only a part of our request to obtain $800m every month during the first quarter of the current fiscal year. The cooperation provides the remainder of the $800m needed dollars.

What is the current position regarding the government’s overdue balances?

The government debts to EGPC have declined to EGP 160bn from EGP 190bn last July. We were paid EGP 10bn in the form of a loan to the Ministry of Electricity, which was deducted from the debt, in addition to the EGP 50bn settlement with the Ministry of Finance. Also, Prime Minister Ibrahim Mehleb formed a committee to resolve the current financial entanglements between the Ministries of Oil, Finance, and Electricity. The committee will reach solutions to cope with the accumulation of entitlements and end this issue by the end of this year. The Ministries of Transport, Finance, and Electricity, along with some business companies and civil aviation entities, top the list of government agencies that owe money to the EGPC.

How much in terms of savings was achieved when exchanging part of the Western Desert crude oil with less concentrated oil, according to the current Brent prices?

The EGPC saved between $3 and $4 on every crude oil barrel from Western Sahara exchanged with Sumed’s repositories in Alexandria. It is characterised by high quality (category API42), compared to importing similar quantities of less concentration (category API31) to be used in local refineries, rather than the exploitation of domestic high-quality crude oil. This saves about $1.5-$2 on each barrel. Western Desert production was linked to Sumed’s repositories in Alexandria. This way, import and export procedures are done on the local ground at Sumed repositories, where different crude types are stored for transit.

Exporting from Sumed will allow shipping of between 550,000 and 600,000 barrels per vessel, which enhances the economic feasibility of exports and allows Egypt to export at better prices. The move is aimed at maximising the use of the Midor Refinery, of which Egypt owns approximately 50%, and lift its operation rates, as well as to achieve a return of between $1.5 and $2 per barrel, in accordance with international prices. Not all quantities produced in the Western Desert are exported. Some plants need parts of this. Western Desert fields produce about 55% of the total Egyptian crude oil production, which is 700,000 barrels per day.

What are the details of the bid being prepared for exploration and excavation for oil and gas? And when will you offer it?

Concerning the Ministry of Petroleum’s plan for offering new bids, about 10 areas in the Suez Gulf and the Western Desert were examined, and we received security permits to work in these areas. We will offer bids for exploration and excavation for oil and gas in October. We asked the Armed Forces Operations Authority for permits to work in some areas in the Western Desert, as well as the renewal of some permits for exploration works in the Gulf of Suez. Egypt has a large investment market in the energy sector and it has large reserves of crude oil and gas, as well as good human resources.

What are the estimated savings that we have seen due to the decline of Brent prices in FY 2015/2016?

We currently estimate the savings that have been achieved from the decline in the price of oil barrels during the first half of FY 2015/2016, as we have allocated about EGP62bn in subsidies for fuel in the general budget based on the price of $70 a barrel. This decline will actually be affected by the drop in value of the Egyptian pound against the US dollar, but it is certain that there will be great savings from subsidy allocations. The subsidies for petroleum products during FY 2014/2015 reached about EGP70bn, compared to EGP100bn allocated in the budget. This comes as a result of the decline in world oil prices and the rise in petroleum products prices in the beginning of FY 2014/2015.

The subsidies for petroleum products represent a large part of the Egyptian economy’s problem, especially as the subsidies are valued on the basis of the difference between the prices of petroleum products in the domestic market and its actual value, whether they are produced locally or imported from abroad. Egypt’s potential oil and natural gas fields have not been discovered yet, as there are regions, such as the Western Desert and the West Delta, as well as the Mediterranean, that have huge reserves of natural gas.

What is the real reason behind Egypt’s energy crisis?

Egypt’s energy crisis is caused by the problem of financing its fuel needs, and not in the gap between production and consumption. For example, Japan does not produce energy, but it does not have an energy crisis due to the availability of financial resources. Egypt is capable of producing 7bn cubic feet of gas per day, compared to the 4.5bn currently, but we cannot pay for a partner company to do so.