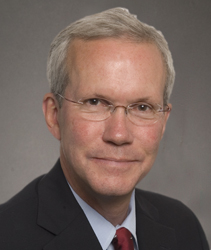 Bechtel, the US construction giant, is currently focused on the oil & gas sector in Egypt, with interest in the infrastructure sector, according to David Welch, Bechtel’s President of the Europe, Africa, and Middle East region.

In an interview with the Daily News Egypt, Welch indicated that Bechtel is looking to work in the infrastructure sector in Egypt. The company is further interested in assisting the Egyptian government in issues related to the application of coal-powered plants, and has been holding talks with the Ministry of Electricity regarding this matter. He further shared his views on the current investment climate in Egypt, and the main obstacles that the country is facing.

Which area is Bechtel most interested/active in now in Egypt?

First of all, I would like to indicate that Egypt is a really important market for us. We have been working there for quite a number of years. We’ve been involved with Egypt through the various stages of its modern development, so initially we might’ve been focused on power generation, but now it’s moving into other areas. Particularly in this century, there’s emphasis on the oil and gas sector.

We were the contractors for one of Egypt’s LNG plants, which is really a terrific job both for our clients in Egypt and for us. We have a very strong record of experience in Egypt, a lot of Bechtel people have worked in Egypt and we have great affection for the market. Our current portfolio is principally in the oil and gas sector. We have active jobs underway with an international oil company in gas development. We are also working on behalf of private clients at a large industrial project that hasn’t reached financial closure yet but shows great promise. I would say our activity has been very good, even after 2011, when there were some difficulties faced by some firms.

Can you tell us more about the industrial project and the private clients you’re currently working with?

We are unable to share more information regarding our projects at this stage, without referring to our customers.

Can you tell us more about the LNG plant and its current status?

That came to operation about 10 years ago, it has been very productive, but the problem there is that gas feeds to it and to the other plants, and they haven’t been as robust as the operators would’ve liked in recent years. So exports have slowed down and that is because of the enormous growth of the domestic gas demand and inability to supply.

Are there any other sectors that you’re interested in, other than oil and gas?

We would be interested in the infrastructure market. I don’t need to tell you that the sector is stressed by growth of population, by changes in demographics, including the rapid urbanisation of Egypt and all the services that need to come with that, such as electricity, water, and transport facilities. We consider that we’re very good at everything, from master planning to execution of all these kinds of infrastructure projects, so we are carefully watching what we might go after there. We haven’t been successful yet in getting into that sector in Egypt, but that doesn’t mean that we’re not trying.

Have you held negotiations with the government for creating new deals or developments?

We made a bid to have a consultancy role in the Golden Triangle project in the Safaga area and we didn’t succeed. Another contractor made a bid that is significantly lower; I was surprised at their bid and I’m not sure how that’s going to work.

Bechtel has been holding talks with the Ministry of Electricity to provide consultations on using coal as an alternative source of energy; can you tell us more regarding this matter?

We’ve been involved in the electricity sector for a number of years, as I have mentioned earlier, so we’ve been meeting with people there. I’ve held some meetings myself because obviously the electricity demand in Egypt is considerable and supply is very stressed, so we know that a lot of projects have to be realised. We’d like to play a role where we’re able to, and where we understand the client’s needs. I think the problem facing the government is that they have limited access to finance, so they’re trying to figure out how to do these jobs and we’re trying to help them think through that; because if you look at the coal-fired plants in particular, you’ve got standards for those that are quite demanding, and typically you do need experience in managing that; we’re one of the most significant contractors in the world for power plants generally, and coal plants in particular.

Can you tell us about how you are looking to assist the Egyptian government in energy related projects?

We actually had a joint venture with the electricity entities in Egypt that was to deliver engineering, construction and management services for building power plants. That market has matured and Egypt is now quite capable of doing it by itself, and we’ve moved on from that, but the one part of that sector that hasn’t started yet in Egypt is coal-fired plants, so part of the dialogue we had with the Egyptian government is how we might assist them in doing this themselves.

As a practical matter, we employ thousands of people, 70 different nationalities in my area of responsibility alone, and one of the largest population groups is Egyptian, we have some of them working here in Dubai for us and for our projects in the GCC, so clearly that expertise is available and the question is how to organise it and how to fund it.

Have you reached any agreements with the Egyptian government regarding this matter?

Not yet, but there are still conversations underway with the Egyptian government.

How do you view the investment climate in Egypt at the time being?

If we’re talking about Egypt alone, I think that the climate has improved significantly. It shows great promise, but the question unfortunately for Egypt is not related to Egypt alone. Let’s be honest, people, when they’re looking at the region, are a bit concerned about security, and beyond that, when people are looking at emerging markets, there’s also a lot of investor nervousness. I mean investors of today are nervous about China, which would surprise people, so I think it’s good to be sober about the investment prospects. I wouldn’t want to be negative, I am definitely not pessimistic, but there are a lot of global forces that aren’t working out.

So you’re saying that the circumstances in the area affect how investors see Egypt and the whole region?

Yes, I’m not saying they’re right, however this is the way life is unfortunately. I want to stress however that we as a company think that Egypt has been and will be a good place to work.

What do you think are the main obstacles that Egypt is facing, other than the security situation?

I think the primary obstacle is to encourage investment and to find financing for projects that Egypt needs. With all those global reasons that I’ve mentioned earlier, I think it’s a challenging job, but it’s not impossible. Given all that Egypt has been through in recent years, I think many of us want it to succeed and the international atmosphere to welcome Egypt’s success is very positive. Part of it is confidence-building, so the more the government could do to encourage that, the better.

What about the steps that have been taken by the Egyptian government, such as reforming the investment law and other legislations, to create an appealing investment climate in the country. Do you believe they’re actually working, or is more progress still needed to make investors confident about investing here?

First of all, I think that the president and the prime minister and their entire team are to be commended on the effort that they have made. It shows promise and is encouraging others, particularly in the region. That said, bringing change is a hard job as it will take more time and it will take great discipline and renewed commitment every single day to get something done.

One of the areas that Bechtel has great expertise in is nuclear power. Are you looking to establish a nuclear power plant in Egypt, or are you holding negotiations with the government regarding the matter?

Well some years ago we did explore a consultancy contract with the nuclear authorities in Egypt, but that was not something that went forward. However, if there are plans developed regarding the matter, we will definitely take a look at it, and see if there’s anything that we might potentially do, but I think that those plans are still ongoing in Egypt.