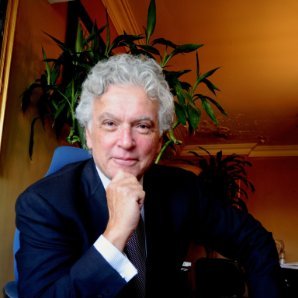 Carbon Holdings and French asset management firm Lazard have agreed for the latter to act as the former’s financial consultant in the Tahrir Petrochemicals project.

The partnership between the two has been formed with the goal of attracting capital funds that will contribute to the project. The funds are estimated at $3bn, according to a statement by Karim Helal, financial consultant at Carbon Holdings and consultant with the Egyptian Chamber of Tourism.

In an interview with Daily News Egypt, Helal said the coalition of Cairo Financial Holding and Al-Ahly for Development and Investment is about to present the papers to establish the Tourism Support Fund to the Egyptian Financial Supervisory Authority (EFSA). This came after Ayady Company sent all the necessary documents before sending a cheque with the government’s contribution, valued at EGP 50m.

Helal revealed that there will be a modification to the Egypt-ASEAN Association strategy, which he established. The association’s name has been changed to the Egyptian Asian Association, in order for it to suit the association’s new strategy. It is preparing an agenda regarding all sectors in Egypt that may attract investments, and will be placed on the table for discussion during the government’s Asian tours.

Can you tell us the role played by the Egypt-Asian Association in attracting Asian investments and improving trade?

The association modified its main strategy through expanding its geographical scope, turning the association into the Egyptian-Asian Association that doesn’t include only Southeast Asia, as there are strong Asian economies not included in ASEAN, like China. The association is working on an agenda that includes sectors in which there can be cooperation with Asian companies and investors. These sectors include transportation, logistical services, manufacturing, collection industry, technological applications and electronic devices.

Did the association sign any investment agreements with Asian countries since its foundation four years ago?

No. This was due to many reasons, most importantly because Egypt- ASEAN was the first national association specialised in the investment field after the 25 January Revolution. When the association was formed, its main goal was to introduce Asian investors to the Egyptian economy, because Egypt’s economic relations were completely directed towards Europe and the US for almost 40 years, to the point where relations were existent with Asia. At the time, power moved from the West to the East. Soon, we realised that the Asian economy has more cash surplus to invest around the world. In this sense, the association focused on three axes during its conferences. The first one is introducing the investment atmosphere and opportunities to attract Asian capital. The second is attracting accumulated expertise in Asian companies to sectors expected to grow in Egypt. For example, in the Suez Canal Project, Egypt must benefit from Singaporean expertise, and not just capital and logistical areas management.

In your opinion, what is the most suitable way to benefit from Asian expertise in the Suez Canal development project, especially after assigning the project to Dar Al-Handasa.

The model implemented by the UAE in the 1970s can be repeated. It was based on putting the government’s vision in place, and then foreign experts began studies for each project using an engineering plan and began the implementation.

So far you have presented only two axes of the three that form the association’s strategy. What is the third aspect?

The third aspect is based on creating balance in trade between Egypt and Asia, where the volume of mutual trade of nearly $20bn strongly leans towards the Asian side, where Asian exports to the local market are 10 times the imports. The mechanism to restore balance depends on helping Egyptian investors enter into Asian markets in a larger way, through the provision of the needed amount of studies when dealing with each country, to determine needed goods and whether they are among goods and services with competitive advantages. Competition here is not limited to prices, but also quality, specifications and shipping dates. Unfortunately, the record of Egyptian investors in terms of committing to shipping and delivery dates is not good. This aspect must be worked on so Egyptian goods can obtain a place in Asian markets.

How do you view Al-Sisi’s Asian tour in China, Singapore and Malaysia to support economic relationships?

It is clear that the President is well aware of the importance of focusing on the East after neglecting relationships with it for too long, especially as the political rapprochement is one of the most influential factors on the focus on Asian investments, similarly to many global conglomerates. The rapprochement is considered a green light for Asian markets, especially the Chinese one, to move towards Egypt. This visit, in particular, was the one to enthuse the Egyptian-Asian association to set a working agenda that includes economic sectors that can attract Asian investments and expertise.

Is there cooperation with government agencies in this regard?

Of course, there are continuous connections with the Ministry of Foreign Affairs in order pursue economic activities. The nature of the presented projects will also determine the points of cooperation. For example, if there is a transportation project, there will be cooperation with the Ministry of Transportation, in order to provide it with information about Asian investors. There are very important qualities that characterise Asian investors. One of them is the extreme carefulness in making decisions, where investors conduct extensive studies on all life aspects in the country, including economic, political and cultural, in addition to consumption patterns and population demographics. Investors also avoid injecting investments in the presence of an unclear scene, as was the case after the revolution. Therefore, if these studies yielded positive results, investors will pump billions of dollars, over as long as 50 years. The association’s role here is to provide real information for Asian investors about the economy of Egypt.

As a financial advisor to Carbon Holdings, what are the latest developments in acquiring the financing of $7bn necessary for Tahrir Petrochemical?

The company contracted with global asset management firm, Lazard, as a financial advisor to attract capital contributions of $3bn. We are now negotiating with Lazard about the restructuring of the targeted capital investments. We aim to raise the share of GE’s contribution to $100m. As for the credit aspect, we are still communicating with imports and exports agencies in the US, Korea and Italy to raise $4bn through financing imported equipment from each country.

How is the $4bn divided?

The US agencies will take $2bn, while the remainder will be divided between Italy ($1.25bn) and Korea ($750m). US agencies are currently frozen, so we are awaiting the Congress’s decision to unfreeze them, as the US agencies are leading this alliance.

Carbon Holdings’ CEO has announced the intention to offer 35% of the company’s shares on the stock market. What steps have been taken in this regard?

It is too early to talk about that. We are mainly concerned with focusing on acquiring funding. The project is huge, and must be implemented in all its aspects carefully. It is not just with pinpoint precision, it is not only a naphtha crusher, but will include other plants to produce 14 raw materials. The liberalisation model should be replicated in Egypt to provide intermediate raw materials for lower prices than exporting them – which lowers their final prices.

What are the latest developments in Carbon Holdings’ ammonia nitrate project?

The project has been completed. It is about to begin production at an investment value of $400m.

Carbon Holdings acquired Oriental Petrochemicals – what are the latest steps to restructure the company?

The company moved in two directions. The first covered the operations crisis facing Oriental Petrochemicals, through signing a five-year contract with the UAE’s ADNOC, for the supply of propylene to restart production. The first shipment has already arrived at Suez. There is an integrated marketing plan for the polypropylene produced by the factory. It is locally demanded by several industrial entities, such as Oriental Weavers. It has also contracted with several international companies to export. The second direction is to restructure the company financially by increasing the capital and completing a scheduling agreement with banks. The EGP 350m overdraft will be converted to a medium-term loan, with repayment of part of the loan.

Have there been any moves to obtain approvals to establish the $1bn Tourism Support Fund?

The launch of the fund is long overdue, because of the government’s delay in paying the EGP 50m seed fund. Recently, Ayadi sent its documents to the Cairo Financial Holding’s alliance and ADI, to begin with the establishment process at the EFSA. We are awaiting the financial contribution cheque. This contribution is a milestone in the success of the fund, as it will be met by an alliance’s contribution with the same amount. This enhances its ability to promote the first tranche of the fund, worth $250m, among Gulf investors, especially as it aims to achieve an internal return on investment of 20%, and the employment of funds in raising capitals of tourist facilities and hotels that are overdue or have stopped their constructions because of the tourism crisis.

Is Abu Dhabi Capital, to which you are a non-executive chairman, making any deals?

The company manages an exit deal of one of the food industry companies in the local market. It has already received takeover offers by local investors.