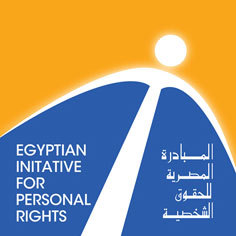 The Egyptian Initiative for Personal Rights (EIPR) is launching a new campaign throughout September, analysing public spending and the government investment plan.

The move comes to assess aspects of social and economic justice in the state budget for fiscal year (FY) 2015/2016.

The campaign intends to compare the current year with previous years, to identify the directions of public spending over a long period of time when it comes to social and economic justice.

In a statement released Monday, EIPR outlined the main reasons behind the campaign’s launch, which include raising the average citizen’s awareness regarding income, taxes, the budget deficit and government debt.

An infograph posted on social media as part of the campaign shows that the real value of income has decreased in comparison to the previous year. It also signalled a rise in debt payment as a percentage of public spending.

The NGO stated that, according to the Egyptian constitution, a detailed presentation and discussion of the state budget was supposed to take place in April, three months before its approval. However, the government did not publish this information at the designated time, and the Ministry of Finance published the state budget on its website more than a month after its issuance.

Data needs to be published early, for people to take part in a negotiation process that should occur on an annual basis, concerning income deductions and the reasons behind those deductions, according to the statement.

The public should be aware of the role of the relevant entities in spending or collecting the revenues, in order to be able to practice accountability. Egypt ranks among the worst countries when it comes to transparency in public finances, and the lowest among non-oil Arab countries in the same matter.

The statement concludes that the absence of budget transparency directly leads to the absence of social justice.  This is because those who belong to higher income brackets manage to attract the largest share of the state’s resources.

In an earlier study conducted late last year, EIPR suggested that Egypt should revise its international, constitutional and legal obligations to address the obstacles for adopting budget transparency.

The study showed that countries similar to Egypt with regards to the level of income have a higher level of transparency. It further stressed that the lack of budget transparency violates the rule of democracy.

50% of Egyptians ineligible to benefit from social housing programme: EIPR