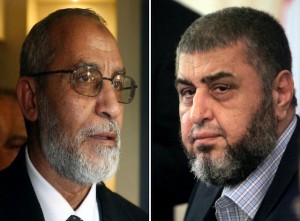 Since the establishment of the committee to assess and manage Muslim Brotherhood funds in October 2013, the assets and funds of 1,345 Brotherhood members have been confiscated.

This is in addition to 1,117 NGOs, 50 hospitals, 532 companies, two factories, 14 exchange offices and their branches, 522 headquarters offices, and 400 feddans of agricultural land. Furthermore, 103 schools owned by Muslim Brotherhood members have also been confiscated, and placed under the administration of the Ministry of Education.

The Chairman of Juhayna, Egypt’s largest dairy products and juices producer, was also barred from trading on the Egyptian Stock Exchange (EGX) and had his shares frozen, according to state-owned newspaper Al-Ahram. Thabet has been Juhayna’s Chairman and CEO since the company’s founding in 1983.

“Based on past experience, these committees usually do not implement accurate investigations, and the judicial authorities might prevent them from undertaking the confiscations,” said Alia El-Mahdy, Professor of Economics at Cairo University.

El-Mahdy explained that the committee has to be qualified to deal with such cases, because the funds need to be properly administered.

“In any case, the owner of something is the best one to manage it,” added El-Mahdy.

Alternatively, over a year ago, the government seized the assets of two well-known supermarket chains, Zad, owned by the Muslim Brotherhood’s Khairat El-Shater, and Seoudi. Police forces raided their stores and closed their branches.

The closures were interpreted as an attempt by the committee to limit Brotherhood funds and take custody of their finances and administration. This was seen as being part of an ongoing extensive investigation into the sources of funding for Brotherhood activities.

The supermarkets were reopened a few days later, with their financial administration placed under the supervision of the Egyptian Company for Wholesale Trade, a subsidiary of the state-owned Food Industries Holding Company (FIHC).

Economic expert Mokhtar El-Sherif told Daily News Egypt that there has been no perceived change in the market as a result of the aforementioned confiscations.

El-Sherif added that the committee clearly stated these moves were “confiscations” and not “transfers of ownership”. Therefore, to be placed under the supervision of a certain entity designated by the committee is only considered a change in the administration of the business. Until today, there have been no reported damages to trade relations or complaints from workers in these businesses, according to El-Sherif.

“Therefore, the ownership remains as it is, pending a judicial decision in the matter,” said El-Sherif.

Noaman Khalid, economist at Commercial International Asset Management (CI), raised the question of how the committee traces the ownership of capital.

“There is no manual according to which they operate, and there is a problem with regards to the categorisation of businesses/investments,” Khalid said.

Commenting on those incidents, he said that the management and ownership of these businesses were known to the government from the start. The timing of their actions, however, is significant, as it signals the political orientation of those in charge.

Regarding the cases of Seoudi and Zad, Khalid believes that when the police raided the branches and shut them down for several days, it sent a negative image to potential investors.

“The authorities have easy access to the management of those businesses and their bank accounts, so it could easily be dealt with in a direct manner with the business in question, without having to resort to exceptional measures like raiding the stores,” Khalid said.

This is not the first time in Egypt’s modern history that the government has confiscated businesses owned by Muslim Brotherhood members. In February 1992, security forces raided Salsabeel Company for computer services, owned by then Brotherhood leaders Khairat El-Shater and Hassan Malek. As part of the raids, the security forces arrested El-Shater and closed the company.

“During [Gamal Abdel] Nasser’s days, everything that was taken by the state was very poorly managed,” El-Mahdy said. “It largely depends on the nature of the committee itself.”

“Such cases now lie under the jurisdiction of the general prosecution, according to the new anti-terrorism law, and the Muslim Brotherhood shall be treated according to that law since it is a terrorist group,” said Hanna.

Since the ouster of Mohamed Morsi, hundreds of Brotherhood-affiliated NGOs have been targeted by the Ministry of Social Solidarity amid a massive security crackdown on the group and its activities. The targeted NGOs and charity organisations were either completely dissolved or had their administrative boards replaced, while continuing their operation.

In July, 14 civil society organisations were shut down by the Ministry of Social Solidarity for links to members of the Muslim Brotherhood. A decision was issued in February to dissolve 169 NGOs from nine governorates across Egypt, including Assiut, Sohag, Aswan, the New Valley, Kafr El-Sheikh, Ismailia, Alexandria, Damietta and Qaliubiya.

Orders to shut down NGOs across Egypt’s governorates came from Minister of Social Solidarity Ghada Wali. Hundreds of civil society organisations have been dissolved for their alleged affiliation with the Muslim Brotherhood. The government’s ongoing crackdown against Brotherhood-related activities, particularly NGOs and charity organisations, has had far-reaching negative effects on the communities that relied on these organisations for financial or in-kind assistance, according to the Brotherhood spokesperson’s statements.

In September 2013, the North Cairo Criminal Court upheld a decision by the prosecutor general to freeze assets of prominent Muslim Brotherhood leaders, along with several other Islamist politicians.

One month later, a government committee formed by the Ministry of Justice was tasked with assessing the Brotherhood’s financial resources. The committee has frozen the assets of hundreds of Brotherhood members, NGOs and companies affiliated to the group. A court ruling following the ouster of former president Mohamed Morsi in July 2013 banned the Muslim Brotherhood’s activities in Egypt. Later, the group was designated as a terrorist organisation.

The Court  of Urgent Matters also ordered the confiscation of “all real estate funds, liquid and transmitted, whether owned by or leased to the Muslim Brotherhood”.The court ruling had raised questions about its potential effects on Brotherhood-owned business, especially as it targets the organisation’s capital.

Among the 1,345 members of the group whose money the government decided to confiscate, are former president Mohamed Morsi, and businessmen Khairat El-Shater and Abdel Rahman Al-Seoudi.