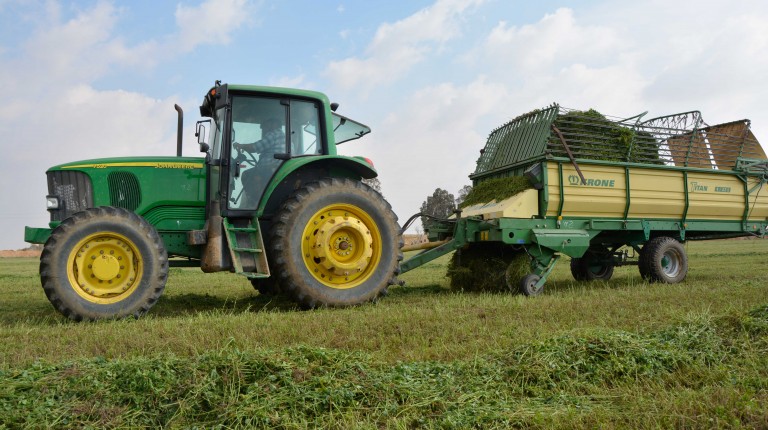 By Menan Khater and Raghda Helal

President Abdel Fattah Al-Sisi’s visit to Singapore was described as “historical”, as he was the first Egyptian president to visit Singapore since its independence in 1965. This year marks Singapore’s 50th anniversary of independence.

During his visit to Singapore, Al-Sisi discussed cooperation in the water resources management, primary, vocational education and maritime management fields, especially after the inauguration of the new Suez Canal Axis.

“The visit is very short and we had a lot to discuss, so we decided to shortlist the stuff. It is just the beginning to find new areas of cooperation,” Singapore’s ambassador in Cairo S. Premjith, said two days before the visit started.

Daily News Egypt spoke with Premjith to review the bilateral relations between the two countries, in light of Al-Sisi’s visit and the upcoming Euromoney conference.

There have been a lot of laws issued recently amidst an absence of a legislative power. How do you think these laws can support mutual cooperation between both countries?

I understand that once the parliamentary elections are scheduled and completed, the new parliament will have to go through these laws. Therefore, there will be a certain process within Egypt to either approve or amend these laws after the new parliament is established. I am not sure when, but I think all these laws will have to be subjected to an Egyptian parliamentary process. I recall President Al-Sisi ratified the investment law before the Economic Summit, but having the law is not enough, it should be implemented soon, which will facilitate investment in Egypt. Also the customs, how long it takes to clear customs, for example shortening the duration from 30 days to 1 week.

You mentioned that one of the main assets for Singapore’s development was education and Egypt is among lowest ranks worldwide in terms of education. What do you think is the main struggle for Egypt to develop this sector?

I think the two areas the president is focusing on are correct areas, because primary school education is critical. Developing the curriculum, I think that is the essential foundation of your education. Then you can go to secondary education and vocational. The vocational education is directly linked to employment and could create more jobs for the Egyptian people. I am not saying these are the only two areas, but these are the most important. You have to start somewhere.

Do you think the ongoing security turbulence in Egypt could hinder new investments?

I think it is incorrect to say that stability and security is linked with economic development for existing investors, because they will know how to handle it. But it could affect new investments, when new foreign investors read on Egypt’s security turbulence, it may affect the way they look at their decision making. So I think you are right that these are linked; you cannot divorce stability from investment decision making. Many countries in Asia were recently independent, and there were many conflicts back then but the leaders who ran during that period agreed ultimately if all of us can concentrate on economic development, then all of us will succeed.

In Singapore’s case we had practically nothing, no water, no oil, and no gas, basically nothing on the ground. So the only thing we had was our people. The main vision was not just to make Singapore a regional hub, but an international hub, where we can become a destination for trade, export, tourism, amongst others. Politics was not that important for people, because they all wanted more jobs, good education and that time our Prime Minister Lee Kuan Yew made sure that when foreign investments came in Singapore, the people who benefited from the jobs was Singaporean. We went around the world and learned how everybody did it. We converted our airports and ports to international ones. We ensure the good quality of education; we made sure they would benefit from it in jobs.

What do you think of the potential steps that could be taken to increase the flow of tourism?

I think in the case of tourism right now, I see a pick up in the number of tourists in some areas like Sharm El-Sheikh and Hurghada, but generally I think the tourism figures are down. That is mainly because of security. It will take time. The first step, I think, is making sure that security incidents are kept to an absolute minimum. I know that under the current situation, it is not possible to avoid security incidents, because they happen in other countries as well not just in Egypt. You can prevent some but you cannot completely eliminate some security incidents.

Why do you think Egypt needs a parliament at this current stage?

The checks and balances that the country needs. We have the executive, the judiciary and the legislative powers. All three are important in functioning of the government.

Do you think there will be enough diversity presented in the next parliament?

I think it is still transition period. There are many voices having different views on where Egypt is heading but when we have a parliament in motion, and representatives, then we will have a system of consultation and building.

How do you see the importance of the Euromoney conference for Egypt?

The Euromoney conference provides a platform for Egyptian policy makers to present to an international audience on the key economic changes, policy in investment climate as well as to the investors in Egypt. I think that this conference is a continuation of what the Egyptian government announced at the Economic Summit, that says to the world it has a way to discuss with investors and continues to create a kind of momentum.

What do you think of the current investment climate in Egypt?

I think that the government is taking a good and a first step to enhance the climate of investment among the new investment law. Unless other factors also contribute to improve the climate underlying the investment law, this will create a virtual cycle of investment decision making. I think in the last year we are seeing new interest in the announcement of foreign investors to come to Egypt.

What are the most sectors that need investment in Egypt in this period?

If I look to sectors within Egypt, I think agriculture is a huge one that needs investments and is a potential. Singapore companies that are in agriculture field find that the agricultural market in Egypt is excellent as the country has a strategic location make it easy to export agricultural products to Europe and Asia. Also, the Suez Canal is a middle point between Asia and Europe, so many of these factors with the geographical location make Egypt an edge.

Do Singaporean companies have any intentions of investing in Egypt?

A total of three or four companies already have investments. There are other new companies and others that want to come to invest or come back to Egypt, but they are still at the stage of studying the potential in Egypt’s economic sectors.

What was the total trade volume between the two countries at the end of last year? What is the expected volume this year?

It is $671m, about 65% is exports and the remaining is imports. This trade is actually a function of international trade, so in Singapore’s case, they use the Suez Canal because anything coming to Asia that goes to Singapore will have to go through the Suez Canal and reach the open markets. Today, when we look to the global economic situations, we will find that there are slowdowns in Europe. Trade may take time to return, but generally it will recover.

What are the challenges of financing Egyptian projects in the country?

I think that the current government is trying to restructure the budget, for example President Al-Sisi intends to reduce the subsidies by $6.8bn, and last month the electricity tariffs went up, and although many said that it is the wrong time, I think they are all steps to reduce the budget gap between expenditure and revenue. I want to highlight that the Egyptian government wants to move the value added tax (VAT), and it is a tremendous potential to increase revenues, so I think that there is rebalancing going on with the budget which will take some time. In Singapore, if I can share my experience, the VAT is an important component of our overall tax revenue. If the government collects the real VAT, it is then able to redistribute the income and support the poor. For example, the smart cards that are given to every household that encourage them to save one product and these savings enables them to buy other products and this ensures that everybody takes the same amount.

What are the main economic challenges that face Egypt now?

The first challenge is the implementation of the new investment law that was passed. I hope the parliament will also support this new law, because without the law, it will be very difficult to change the investment climate and make it more attractive to foreign investments which are critical. Second is focusing on building on infrastructure, because the private sector is not going to build the infrastructure and the utilities.

How could you see the recent CBE decision concerning the devaluation of the EGP two times in the foreign exchange market? How could this decision affect investors?

It depends on whether Egypt is an exporter or importer. Currently, it is an importer, but I can see great potential for Egypt to become an exporter. Essentially, the Egyptian companies can become exporters. One of the Singapore companies, “OLAM Singapore”, became one of the top exporters in agricultural products to US market and to European countries. Egypt has a potential to also export agricultural products because of its location and other factors.

How do you view the SME sector in Egypt?

In the case of Singapore, the SME’s sector is a critical pillar of our economy. I think that traditionally, SMEs in Egypt are not a main focus point and that has to be built up. The big companies can do certain things where we have large economies of scale, but SME’s can provide services and goods across Egypt.

Despite Singapore’s major accomplishments, it was overlooked previously as part of Egypt’s foreign relations policy. Do you think the media plays a role in this?

The media plays a crucial role. I mean everyone reads the media. The media can be an incubator of ideas. You can present in depth reports on education for example, and this will be a good guide for the government to review its own policies.