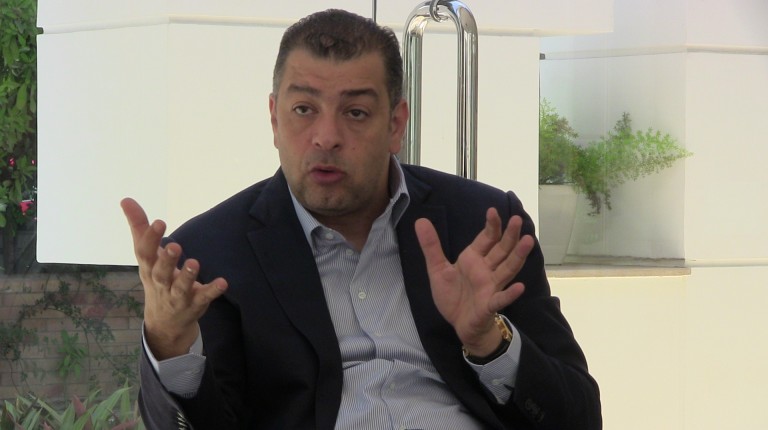 The campaign that the JWT company intends to launch in October 2015 differs from the other campaigns launched by Norway for promoting Egyptian tourism. The reason is that all executive bodies, as well as the people, will be behind this campaign that promotes visiting Egypt and the strong return of tourism, according to Hany Shokry, Executive Chairman of JWT.

Shokry believes that Egyptians are the ones who will invite tourists to their country, not just the Ministry of Tourism, adding that the company’s plan regarding the campaign depends on the use of various means of communications, like social media, outdoors campaigns, and public relations.

First, how did your company win the tender announced for by the Ministry of Tourism to launch the promotional campaign?

Our company presented the best technical offers, and the cheapest ones from four companies that qualified to the final competition, as the number of competitors for this tender was seven global and local companies.

JWT has precedence and earlier works in promoting Egyptian tourism before 2011, this gave us strength; whether in presenting the competition file or in the experience it will give us in promoting for Egypt in the promotional campaign that starts in October.

What is the cost of the promotional campaign that your company won? What is its duration?

The cost of the promotional campaign that the company will execute is $22.5m for a period of three years. But there is an important aspect that needs to be pointed out; JWT will only get 3% to 4% of that amount.

Some media reports did not know that. I say we will not get more than these percentages, which are very low compared to the effort the company will exert over the period of the contract.

With its contract with JWT, the Ministry of Tourism has contracted with a big global company. The revenues of the parent company over the past year reached $72bn.

What will be your plan for promoting Egyptian tourism? When will it begin?

First, the campaign will start in October 2015, with the assistance of all the government bodies, and the Egyptian people will have a great role in the marketing. Egyptians will tell the world that their country is opening its arms for them. The task is not limited to the Ministry of Tourism, there must be an integrated system working simultaneously to support tourism, which is the most important source of hard currency at the moment.

During 2010, tourism achieved $12,5bn, while the income of the Suez Canal last year was $5,4bn. Tourism can provide job opportunities, not tomorrow, but today. There are 3 million to 4 million workers in Egypt in that sector, and everyone has to unite in order to give effective support to the Egyptian economy.

Promoting tourist destination in Upper Egypt; Luxor and Aswan, will not be the same as promoting beach destinations such as Hurghada and Sharm El-Sheikh. Each tourism product has its marketing tools, its consumers, and its markets, and JWT is aware of that and takes it into account.

But is there a negative image about Egypt still?

Yes, in fact, there is still a negative mental image about what is happening in Egypt. JWT knows that the mission is difficult, and is proud to work on this task, which we see as a national duty upon all Egyptians, to fix this negative image about the country, which leads to the activation of an effective economic activity like tourism.

The promotional campaign will rely more on social media, outdoors campaigns, public relations, and presence in larger areas of the markets important for Egyptian tourism. The plan starts on the short term, but there is a long term goal.

About transparency, some people questioned the way ­­­the company won. What is your response to that?

JWT competed with seven companies and got a 92% evaluation from the expert committee for being the least pricey.

I repeat again, the company also gets 3% to 4% of the cost of the campaign, which is $22.5m, and the parent company has revenues worth $72bn. There are easier and more profitable works than this task, but JWT wants to have­­­­ the honour of participating in the success of Egyptian tourism.

JWT is a consultant to the Ministry of Tourism in promotion; they handle the expenditure on the cost of the campaign, we will not have any money in our hands, we only execute, and they pay. Transparency is very important.

Although we have won the tender, I would like to criticise the law of tenders and bids, as creative work should not be subject to this law, the country can directly assign them to the competing companies.

It is rare to find that the cheapest offers are the most efficient, and our company promoted for Egyptian tourism in 2006, 2009, and finally 2015.

None of theother competing companies had the ability to work immediately, and if our company had not won the tender, the campaign would have started next February, but our company will start this October.

There are more than 160 creative workers in our company, racing time for this campaign, so that the winter season would be a good season for tourism.

We have the capability to promote for Egypt through a great experience that we have achieved over the past period. If the mental image regarding Egypt changes, the situation will change.

European tourism represents 70% of the tourist flow to Egypt, what is your detailed plan for this important market?

Indeed, Europe represents 75% of the total tourism flow to Egypt every year, and there will be a strong presence in the international events, especially in London during November 2015, and there will be marketing for the beach and cultural tourism products in this event.

The promotional campaign will be a merge of promoting for the traditional and the modern, through social media and public relations, until March 2016.

We will work on targeting tourism products’ consuming segments of higher expenditure, which will improve Egypt’s revenues from tourism in the end.

What about the Arab market?

We will focus on holding international Arab events in Egypt; whether in Sharm El-Sheikh, Cairo, El-Gouna, or Hurghada. Tourist regions in Egypt and strongly compete.

The Arab tourist, specifically, is characterised by high spending and repeated visits to Egypt, these things are very important for tourism.

Egypt should become like Dubai in the conference industry, and we can make Egypt the centre for conferences industry.

We have previously held conferences in Luxor and Aswan for international corporations, and they told us it was the best organised conference.

Some tourism workers see that $22.5$ is a low cost for promotion, how will the balance between goals and low cost be?

People look at the current allocated budget as if Egypt is living in the times before 25 January 2011, the situation now is different after 4.5 years.

The experiment executed by the Ministry of Tourism over the past four years of direct contact with promotional and public relations campaigns were at a higher cost than what our company will do over the upcoming period, despite the different conditions.

We will achieve balance by depending on social media, which is of lower cost in marketing and promotion and more effective. Marketing is no longer dependant on television commercials alone.

If we used conventional methods of promotion, the budget allocated by the ministry of tourism for this is, which is $42m, wouldn’t be at all enough for covering the main markets exporting tourism to Egypt.

JWT will classify the markets according the suitable marketing methods.

How does JWT see the future of tourism in Egypt?

There are huge tourism products and resources, all government bodies should come together to market them, which is what we need in our current campaign. This depends more on Social Media than on traditional methods.

The Ministry of Tourism has much benefited from contracting with our company, because the answer to the question of why this money is not saved and why the ministry does not utilise the foreign offices of the Tourism Activation Authority in the main markets, is that the JWT is capable of competing more than the foreign offices.

The ministry has saved money by contracting with a grand advertising group, and will reap the fruit of this by the end of the winter season in March 2016.

However, we have to work as a unified system, and the ministry of civil aviation has a key role in this aspect. Is the ministry ready to open the skies of Cairo and sacrifice having low revenues on the short term in return for big profits in the future?

Your company participated in organising the Economic Summit in Sharm El-Sheikh, then in the inauguration of the new Suez Canal, how was that?

We participated in the Summit in Sharm El-Sheikh through a coalition of three companies, and the Summit was extremely successful. We then participated in organising the new Suez Canal inauguration celebration, and more than EGP 110m was gathered from sponsors in less than two weeks, due to the increased sense of patriotism and of the importance of the project.