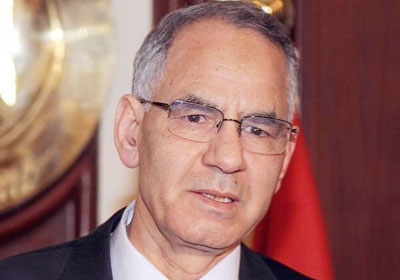 Former minister of local development and Muslim Brotherhood leader Mohamed Ali Beshr was referred to hospital after experiencing deterioration in his health condition in Al-Aqrab Prison.

The leader’s family issued a statement, Tuesday, affirming the prison’s administration and the Ministry of Interior’ legal responsibility for Beshr’s health and safety.

Beshr’s son, Hani, told Daily News Egypt on Wednesday that the family was informed through a lawyer that Beshr was transferred to hospital. However, it was not clear when he was transferred, or to which hospital.

He added that lawyers were prevented from visiting the Brotherhood leader, and have not been informed on his situation since the news of his referral to hospital emerged.

“At the end we’re talking about a state of injustice and oppression, where families are not able to be assured on other members’ health,” Hani added.

Both the ministry and the prison authority’s spokespersons were not available to comment on Beshr’s whereabouts and his current health status.

Beshr, 64, suffers from Hepatitis-C and cirrhosis of the liver. His family claims he is denied proper medical care in custody. They also complain about limited time for visits, which they claim has recently been reduced to one minute, following a visit by the semi-official National Council for Human Rights (NCHR) to the Tora Prison complex, where Beshr is being held on pre-trial detention.

The Al-Aqrab Prison was the centre of controversy after the NCHR’s visit last Wednesday. The visit included the Al-Aqrab facility, which has received notoriety due to widespread claims of torture. On the other hand, the interior ministry’s spokesperson Abu Bakr Abdel Karim denied the very existence of Al-Aqrab Prison.

The infamous prison saw the deaths of three Islamist leaders in custody in the second half of 2015. The latest of these was Al-Jamaa Al-Islamiya leader and Building and Development Party figure Essam Derbala.

Beshr, who joined the Brotherhood in 1979, was involved in a number of ill-fated intercession attempts between the group and the post-30 June administration after the army ousted former president Mohamed Morsi and his government in 3 July.

The former governor of Menufiya and leader at the Islamist Anti-Coup Alliance was arrested in November 2014 over accusations of calling for protests. He was later charged with collaborating with the US and Norway against Egypt’s interests, attempting to topple the regime, and other charges.