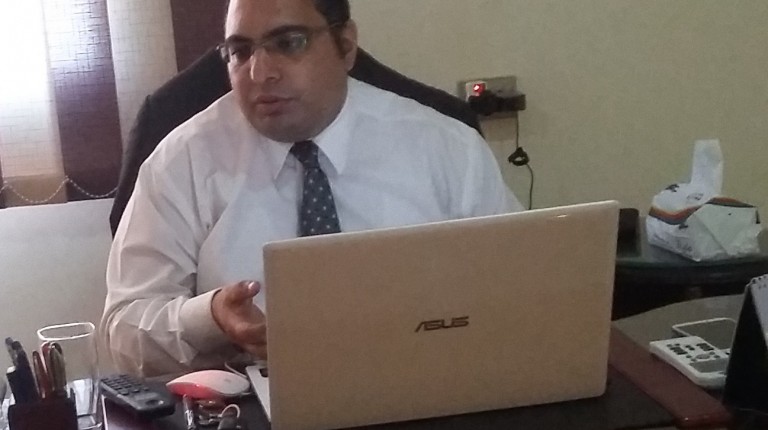 What are your projects in Egypt’s energy field?

The company is building a petroleum refinery on land that has been allocated in the North West Gulf of Suez on an area of 3m metres with investments worth $ 4.8bn. We have finished the designs for the equipment and engineering drawings for the project. We will begin construction works at the site at the beginning of the 2016. We chose this site to build the company’s refinery in Egypt, because it is close to the port to receive imported crude oil for the refinery, and it will be easy to export our product and there is no place in Alexandria.We contracted with ABC construction, the general contractor for the project, which is undertaking the facilitation of the project and building the refinery.

The project will start in 2016 and the experimental production will start at the end of 2018, with the actual work at full capacity to begin in 2020, with a production capacity of 250,000 barrels. We began negotiations with Nigerian companies in order to provide huge amounts of crude oil for the refinery operations. Mac Optic has already signed contracts with some companies in Nigeria, and is negotiating with the Iraqi government for the supply of oil. The company gained the permissions from the Ministry of Petroleum. The company will build petrochemical plant as the second phase of the project the running of refinery in 2020 because the production of the refinery will be used in building petrochemical plant. The project could be started in 2019, with investments of $5.2bn.

Media reports stated that the company signed a cooperation protocol with the Ministry of Investment to allocate the project land, which is contrary to the prime minister’s decision of banning allocation of Suez Canal lands until the completion of Suez Canal Axis master plan. Can you outline what happened?

We did not sign a cooperation protocol with the Ministry of Investment. The land has been allocated to start building the project and this is not an abuse. The problem is that the refineries industry is similar to energy sector projects that use a lot of electricity and gas, which possibly impact on the country’s resources but we will provide electricity, gas and water for the refinery. Indeed, we will build our own diesel power plant, we will begin to establish wells to fill in the refinery needs for water and gas will be imported. Therefore, our approval from the Ministry of Petroleum was explicit that the government will not support us with gas and electricity, or any supplies.

Has the recent Greek crisis affected the company’s capital or investment plans?

The mother company is already Greek, but we are an international company with eight branches in European countries, besides Iraq and Egypt. Greek crisis does not affect our business or our investments in the region.

The Mac Optic -Egypt capital is $4.8bn and it increases according to the project plan. In 2016, the capital will be increased by $800m, the company’s capital outside Egypt stands at $30bn.

How will the Suez Canal Axis help you with business?

After developing the project, feeding industries will be available to develop our projects. In addition to the New Suez Canal facilitates, the movement of ships that carry the imported gas for the refinery. Moreover, the refinery’s production can be sold to Egyptian government to infrastructure and roads projects of the Suez Canal axis.

What is your opinion regarding the investment climate in Egypt?

There is a great effort to improve the investment climate, but there is a big bureaucracy as the company took two years to get approvals, and in that time we witnessed four Egyptian governments. The problem is that officials are not accustomed to deal with the investor. In addition, investors are still in need of larger facilities as well as provided with the land in good locations.

What is your opinion on Egypt’s energy sector?

Recent discoveries in the field made it more attractive, as at least discoveries will participate in reducing gas imports from abroad and will provide a supply to our plants. In addition to this, we will save hard currency that was spent on gas imports, to develop the nine Egyptian refineries that are scattered across Egypt, and need to be developed.