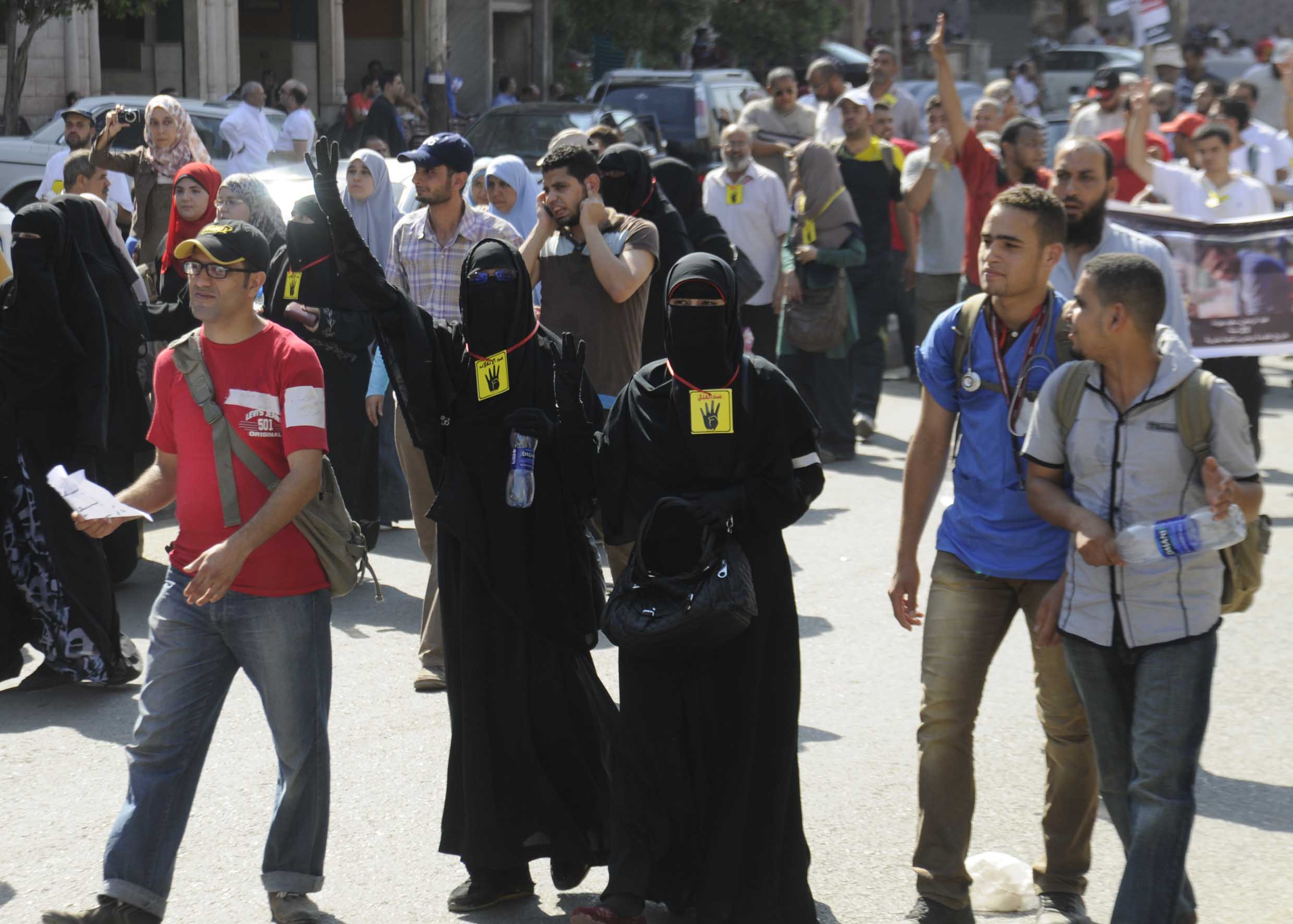 The attack was foiled before militants had the chance to detonate the bomb, but for Egypt the damage was already done.

On 10 June, three men bearing weapons and an explosive device attempted to attack the 4,000 year old Karnak Temple in Luxor. The Pharaonic complex has been a site of tourism for hundreds of years, bur today’s media is more attentive and less forgiving than at any time in history, and within hours, foreign media carried the news across the world. Headlines of the attempted suicide attack again set back the image of safety and stability the Egyptian government has been desperately trying to project.

A key pillar of the Egyptian economy and national pride, tourism has struggled in Egypt with the instability and insecurity that followed the 2011 uprising.

Directly after the revolution, numbers of tourists dropped a third from 14.7 million a year in 2010, and now hovering around 10 million, meaning billions of dollars have been lost to the fragile economy in the past four years. The tourists who have returned have preferred the seclusion and relative safety of Red Sea beach towns than Cairo and the historic cities of the Nile Valley, like Luxor.

President Abdel Fattah Al-Sisi was elected to power in 2014 on the promise of returning Egypt to stability. The president has successfully criminalised and imprisoned protesters out of action, but the regime has been the target of severe militant attacks, that have spiralled in number and scale since Al-Sisi led the ouster of former president Mohamed Morsi.

In a similar attack in June, gunmen shot dead two police officers by Egypt’s greatest cultural symbol, the Pyramids of Giza. Then in August, “State of Sinai”, the country’s “Islamic State” (IS)-affiliate and main militant group, broadcasted the beheading of a Croatian man after his kidnapping from a Cairo suburb.

Analysts and locals are quick to point out that attacks in Egypt are overwhelmingly directed at state and security buildings and personnel, but it is a distinction that does little to assuage the headlines of foreign media.

“To be honest, it influenced me more later on than it did at the beginning,” says Miriam, a Spanish national who was metres away from the March explosion at downtown Cairo’s High Court, which killed two people. “Since then, when I hear fireworks or any other ‘bomb’ sounds I am very shocked. I have had nightmares about living in a city where you can see proper war with guns, bombs and fires.”

Miriam was unhurt and has since left Egypt for unrelated reasons, however she says that the bomb did not make her feel less safe in the country: “It just happened, what everyone had always said, to be careful near police stations, embassies, and state institutions.”

“Actually, what bothered me more was when I heard of the first bomb at a non-government place, I think it was a Vodafone shop in Mohandessin,” Miriam told Daily News Egypt. “That was when I thought that you cannot even be careful and it could happen anywhere.”

Tharawat Agamy, Chairman of the Luxor Tourism Chamber, concedes that no town can ever truly be safe, but he thinks the government could be doing more to secure Egypt and catch would-be attackers before they act. “The people in Luxor provide the security for tourists more than the police do. For instance, with the Karnak Temple attack, do you know who first caught them? It was workers from the area, one man who worked in the temple and another who ran the toilets. The police just came and killed them,” Agamy said.

“Beach cities like Hurghada and Sharm El-Sheikh have recovered better but even they are still not fully booked,” Agamy told Daily News Egypt.

In Luxor, tourism has traditionally been the main employer of the local 1 million residents, who have struggled desperately in the down-turn. “We are in a very bad state since 2011, many hotels are closed and the others only fill a few rooms. We have more than 240 cruise boats and most of them are waiting, there are only between 20 and 40 working, and even they are not at full capacity,” Agamy says. “We have many problems, like in North Sinai. People in Europe just hear it is bomb here and bomb there.”

In June, the country was struck by 130 reported ‘terror’ attacks, according to Washington-based Tahrir Institute for Middle East Policy’s (TIMEP) regular Egypt Security Watch. “It marks the continuation of an overall trend of increasing terror attacks since the start of 2015,” TIMEP wrote, bringing the total number up to 721 attacks until July, and including high-profile victims such as the 29 June car bombing of Egypt’s chief prosecutor Hisham Barakat, the most senior assassination in 25 years. An earlier report by the research body put the number of attacks in the first three months of this year at almost the same number as the entirety of 2014.

What is more, following the 2011 uprising, much of Egypt’s security forces moved from tourist and heritage sites to secure streets and government buildings, leaving the former less secure and opening up opportunities for networks of looters to raid antiquities sites.

However, areas such as Sharm El-Sheikh are now highly secured, many tourists fly directly in to the area and don’t leave its confines, bordered by armed guards and checkpoints.

“Now there is more security in temples and in front of hotels and cruise ships in Luxor, though we need more,” Agamy said, and spoke of the government’s wide-ranging plans for surveillance cameras in shops and mosques around the country as part of a public security drive.

Despite the US Embassy upgrading their travel warning on Thursday, warning Americans not to leave major tourist destinations or metropolitan areas, most embassies tell their nationals that most trips to Egypt are trouble free.

Egypt is, however, working closely with foreign governments to try and put its case forward well. A source in the Ministry of Tourism, and confirmed by the British Embassy, told Daily News Egypt that in the first week of September, a British security delegation visited tourist sites across Egypt to assess the security provisions for the protection of tourists. The official said that “the visit is repeated regularly to ensure the integrity of security measures”.

The British Embassy in Cairo told Daily News Egypt that there was “a UK government team here this week to discuss security for British tourists with the local authorities. The team has been visiting popular destinations for British tourists including Cairo, Sharm El-Sheikh, Luxor and Hurghada. We enjoy good cooperation with the Egyptian authorities on tourist security and so have a good understanding of the general security environment in Egypt”.

However, besides working on security with foreign delegations, the Ministry of Tourism is now launching its own campaign to change international perception. Dogged by reports of bombs and human rights abuses, the Egyptian government has awarded a $68m, three-year contract to New York advertising agency J. Walter Thompson Co. (JWT) to run a public relations campaign in 27 markets around the world.

Promisingly, Jess, a British tourist who visited Egypt in May, agrees that the perception of Egypt’s stability is misguided: “Although I had heard from the news about the revolution and how turbulent things had been in Egypt, I checked blogs that seemed reputable and noticed that most recent travellers had visited with no problems, and, if anything, were trying to encourage people to visit as the tourism industry has clearly taken such a hit.

“Saying that, when I booked flights and told my friends I was visiting, some of them seemed concerned and a bit confused as to why I had chosen Egypt. One person told a story about someone that had ‘almost’ been kidnapped at the Pyramids. I think it helped that my main reason for coming was to see a friend in Cairo, who I knew wouldn’t encourage me to come if I would be in any danger,” Jess told Daily News Egypt. “I didn’t feel unsafe but definitely more visible than I do at home. I think Egyptians seemed genuinely curious to find out where someone is from and their reasons for visiting Egypt, maybe because there are fewer tourists now.”

Jess, who visited sites away from the main tourist towns, said she felt certain instances alluded to potential danger. “When we took the bus to Sinai we had to go through a number of check-points with armed guards, but I never felt unsafe – that was only when I had to cross main roads in Cairo,” she said. Despite the perception of instability in Egypt, Jess said that “genuinely, the Egyptians I met here were some of the friendliest people I have ever met abroad; warm, welcoming, and generous.”

The signals, then, seem positive for the Ministry of Tourism as is seeks to change the perceptions of foreign nationals. But comments from the marketing partner, JWT, suggest that the government is aware that the negative foreign press of Egypt is due to more than militants.

In addition to promoting positive aspects of Egypt, Amal Al-Masri, chief strategy officer of JWT’s MENA office, told Al-Monitor recently that, as part of the $68m deal, they will respond to “abusive news distorting Egypt’s image in case of terrorist incidents, and we will also respond to criticism”.

It is an admission that undesirable news coming out of Egypt may be just as much the product of the government as it is of ‘terror’ attacks. Mass human rights abuses and the imprisonment of journalists are among the actions of the government that have drawn international condemnation and do much to undermine the work of international marketing campaigns.

Indeed, even putting aside the political difficulties Egyptians face and the 40,000 imprisoned since the regime change of July 2013, the actions of the government also pose a threat to foreign nationals, even those who visit briefly to tourist towns. Earlier in August, Daily News Egypt reported that at least five foreign nationals have been deported from Egypt since December for accusations of LGBT identity, with four cases occurring in just July and August alone. Research passed to Daily News Egypt by the Egyptian Initiative for Personal Rights (EIPR) identified five cases of foreigners, either living or on holiday in Egypt, all of whom were deported without legal hearing.

In April, Egypt’s Administrative Court ruled to uphold a December deportation of a Libyan man accused of being homosexual. The court ruling was interpreted by rights groups as setting a legal precedent, giving the Ministry of Interior the power to deport and ban homosexual foreigners from Egypt, without legal recourse for affected individuals. The cases documented by the EIPR involved foreigners picked-up from hotels and tourist towns.

Challenging the negative press of government actions has become an issue the Ministry of Foreign Affairs is keen to look at. It has launched a new English-language Facebook page, a Twitter account, and a blog, with which it has publicly targeted the criticism of foreign media, and even correspondents who they hold to not be reporting the government’s narrative sufficiently.

However, while some would-be travellers will shy away from the ongoing political struggle, for others it remains part of the appeal. “If anything, I think seeing and reading about all that happened was maybe part of the attraction of visiting- to me at least and some of my friends, Egypt seemed a place in which politics are important, dangerous, but fully charged and something that ordinary people care about,” said British national Jess.