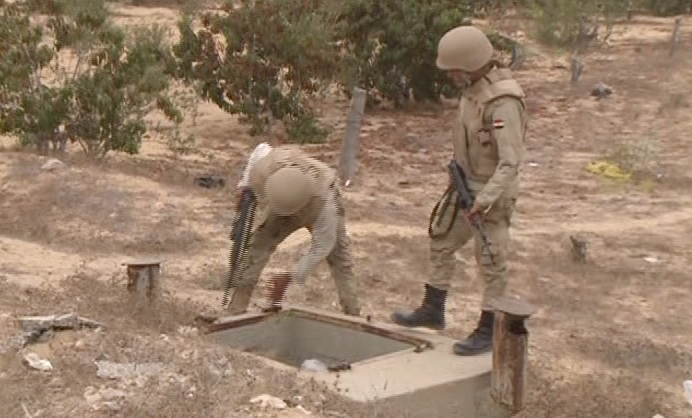 The military announced Thursday the killing of 86 ‘takfiri elements’ and the arrest of another 195 in the last three days, as part of operation “Retribution for the martyr” against militant groups in North Sinai.

The military further stated in a press release that 13 vehicles and 67 motorcycles were destroyed, used by “terrorists” in attacks. The army also said that it discovered five new tunnels dug near the border zone.

The military operation covers the three cities of Al-Arish, Sheikh Zuweid and Rafah. Nearly 24 bombs were detonated by security forces.

On the second day of the campaign by the armed forces to counter the ongoing insurgency in the restive North Sinai, the Defence Ministry announced Tuesday the killing of 27 militants. The armed forces killed 29 terrorist suspects on Monday night, which was the first day of the operation.

Army strikes back in Sinai