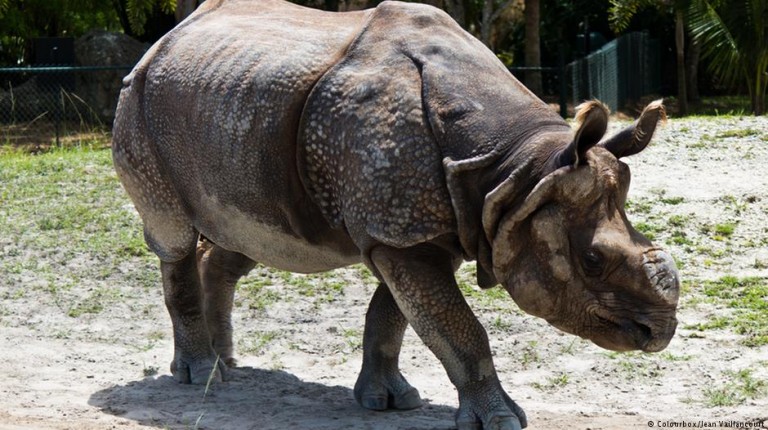 Profile: The Javan rhino is listed as “critically endangered” on the IUCN Red List, but now there’s some good news.

The official from Ujung Kulon National Park in Indonesia had a good reason to celebrate. Cameras in the park had captured three new calves of the endangered Javan rhinoceros on film. This was as significant as it was rare: The new sightings raise the number of Javan rhinos known to still exist in the wild from 57 to 60, a park official said. The images of the three calves – two males and one female – were captured a few months ago, in April, May and July, the officials added.

We spoke to Save the Rhino International, an organisation based in London that is working hard to protect rhinos worldwide. This is what we need to know about the critically endangered species:

Javan rhinos are thought to be the rarest large mammals on earth. The species was once found across Asia but has been eradicated in most of its range due to poaching and habitat loss. By 2012, it was estimated that only around 37 – 44 animals had survived. However, this past year authorities reported a increase in the species’ population to an estimated 58 to 61 individuals. The Javan rhino is still incredibly rare and listed as ‘critically endangered’ on the IUCN (International Union for Conservation of Nature) Red List. Every Javan rhino birth is an important milestone and crucial for the future recovery of the species.

The Javan rhino is highly elusive and rarely seen by humans. Evidence of the population mainly comes from camera trap sightings, footprints, dung and signs of eaten vegetation. Rhino Patrol Units actively patrol the Javan rhino’s habitat, the Ujung Kulon National Park in Indonesia, looking for signs of Javan rhinos and work to prevent illegal activity such as snares, poaching or illegal logging.

Aside from the monitoring patrols, efforts are underway to expand the Javan rhino’s habitat through the Javan Rhino Study Conservation Area. Efforts so far have proven successful with nine individual Javan rhinos having been recorded within the new habitat area.

Unfortunately, the Javan rhino is not the only one that is under threat, the world’s other four rhino species are as well. Poaching in South Africa has reach a dramatic level with 749 rhinos being killed in the country for their horn so far this year alone – that’s one rhino poached every 8 hours.