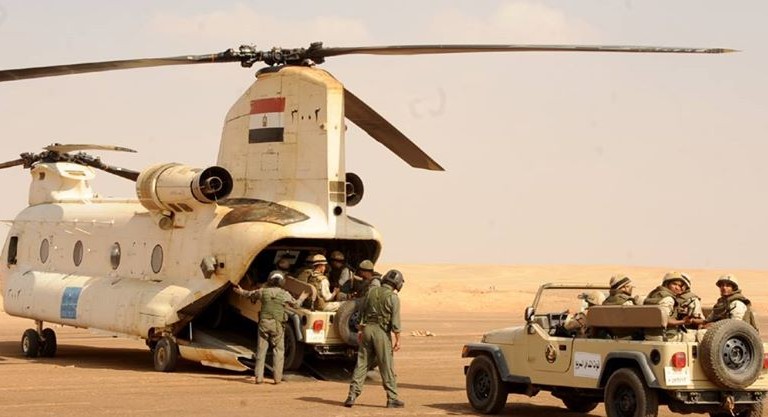 The military spokesperson announced Saturday the results of the sixth day of the “Retribution for the Martyr” operation, revealing the killing of 64 militants, raising the toll of killings among “takfiri elements” in Sinai to 267.

Another 22 militants were arrested. The operation continued with the assistance of military helicopters, while infantry troops thwarted as suicide attack in Karam Al-Qawadis area.

A solider and an officer were killed in an exchange of fire with the militants while other military personnel were injured.

The military operation covers the three cities of Al-Arish, Sheikh Zuweid and Rafah, areas where Islamist militants having been increasingly operating since 2013.

The active Islamist group in North Sinai, “State of Sinai”, released a statement on Friday claiming responsibility for an attack that targeted an army convoy south of Sheikh Zuweid, using guided missiles. The group claimed it seized a number of vehicles.