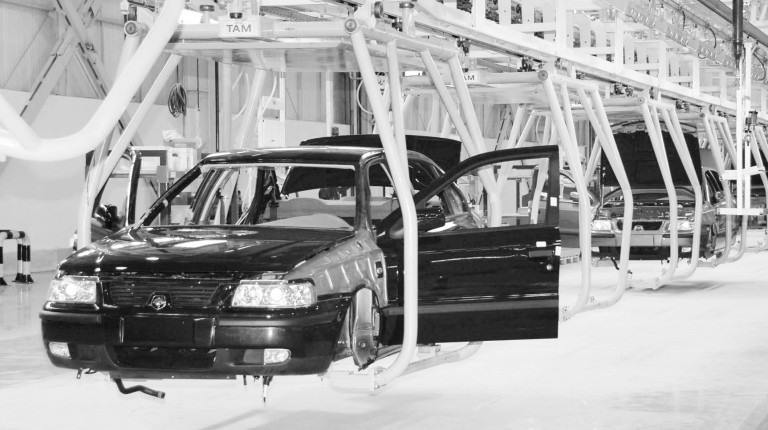 The new automotive industry law was expected within the next few days, but the resignation of the government may hamper the issuance of the law, said Hamdy Abdel Aziz, Chairman of the Chamber of Engineering Industries in the Federation of Egyptian Industries (FEI).

Abdel Aziz said the ministry had completed the law before the government’s resignation, and it was pending the Prime Minister’s approval. He believes the new law will be reviewed by the new Prime Minister, Sherif Ismail, to present it to the president for approval.

The chairman added that if the law is not issued within the next few days, it is most likely to be postponed until the completion of the parliamentary elections, and might be issued by next year.

On the other hand, Abdel Aziz added that the awaited legislation matches the strategy put forth by car manufacturers during their meeting with the chamber at the end of June.

He explained that the upcoming law depends on the replacement of customs tariffs on imported cars with a new sales tax of 30% on average, and at the same time, reducing customs as much as possible without affecting the market, provided the exemption of the countries included within free-trade agreements with Egypt. The proposal also includes exempting domestic manufacturers from the new sales tax, upon reaching a local manufacturing rate of 45%, or making progress with exporting.

The law also seeks to reduce the 135% fees incurred by the local factory for customs, to match the international rates that do not exceed 10% levied on components.

Abdel Aziz added that the strategy provided by the chamber to the Minister of Industry aims at reaching an annual car production of some 1m cars, and increasing the domestic component rate to 54%. However, he added, the implementation of this strategy requires the adoption of legislative amendments in the Sales Tax Act, as well as some ministerial decisions.

Meanwhile, Chief Executive of GB Auto Raouf Ghabbour said that his company plans to invest about $1.5bn to shift from being a car assembling company to become a manufacturer, if the government reduces taxes and sales on this industry.

He added that it is not logical for of up to 135% to be imposed on automotive components while international ratios rates exceed 10%. He further questioned how this will encourage investors to pump more money into the local marker. However, the EU Association Agreement will create a non-competitive environment for the benefit of non-European components, he said.

Ghabbour predicted that the automotive industry will witness a major leap if the new law is issued, adding that Egypt will turn from a consumption-producer to an exporting country.

On his part, Chairman for the Bavarian Auto Group for BMW and MINI in Egypt Farid El-Tobgy said that the group intends to pump new investments, provided the government approves the automotive industry law that is expected within days.

El-Tobgy told Daily News Egypt that new models of BMW will be assembled in Egypt in large quantities, instead of the current policy of importing them.

Khaled Youssef, Head of Automotive Department at Egyptian International Motors (EIM), the agent for Kia and Renault cars, told Daily News Egypt that the company is studying the possibility of assembling Kia models locally, based on the government’s moves towards making legislative amendments for the advancement of the automotive industry. Youssef added that he believes that benefits and incentives will be granted to support the domestic automotive industry to compete with European cars.

He explained that the company is still studying the assembly step based on the results of the upcoming days, and has not yet settled on using existing plants to assemble cars, or building a new one for the company.

An official source at the Ministry of Finance told Daily News Egypt that the joint committee between the ministries of finance and industry, and headed by Assistant Minister of Finance Khaled Nofal, has completed a project to develop the automotive industry law. The source said the committee has called many car manufacturers and technicians to participate in the project studies.

He explained that an additional sales tax on cars is to be imposed, in accordance to the engine capacity. However, he added, that this tax has yet to be confirmed, noting that the tax will vary from one class to another in order to encourage the automotive industry, and at the same time, to face the annual reduction in the European cars customs tariff, which is part of the implementation of the EU Association Agreement.

The source added that the law ensures the interest of the consumer in terms of stabilising car prices, to avoid their increase and perhaps even decrease prices after applying the new law.

Minister of Industry and Foreign Trade Mounir Fakhry Abdel Nour had stated earlier that the ministry had finalised the automotive industry law, and that it is planned to be applied by the end of September. This, however, was before the government resigned.

Abdel Nour told Daily News Egypt that the law is independent, and will be presented to the cabinet’s economic group for discussion, and then submitted to the president for ratification.

He pointed out that the law deals with strategy developed by the ministry and its bodies in cooperation with the automotive manufacturers, and that it includes incentives to be given to the makers to achieve the ministry’s goals. According to the minister, these goals are increasing production and exports, and discussing the tactics of increasing the rate of local components.

He added that the automotive industry strategy has been applied in different countries and succeeded in Brazil, Turkey and South Africa, among others.

At the time, the minister attributed the delay in the announcement of those incentives, which was scheduled for March, to the careful study and in-depth partnership with the Ministry of Finance, as well as automotive manufacturers and assemblers.

Abdel Nour said that the automotive industry is a promising industry, which is characterised by its ability to improve the national economy, as it can attract modern technology and employ a lot of labour.

The Ministry of Industry announced last September that Egypt’s automotive imports will be exempted from customs duties to reach 0% by 2019 in the framework of the EU Association Agreement.

He noted that the strategy will attract other industries, such as the components and feeder industries, and will transform into a labour-intensive industry.