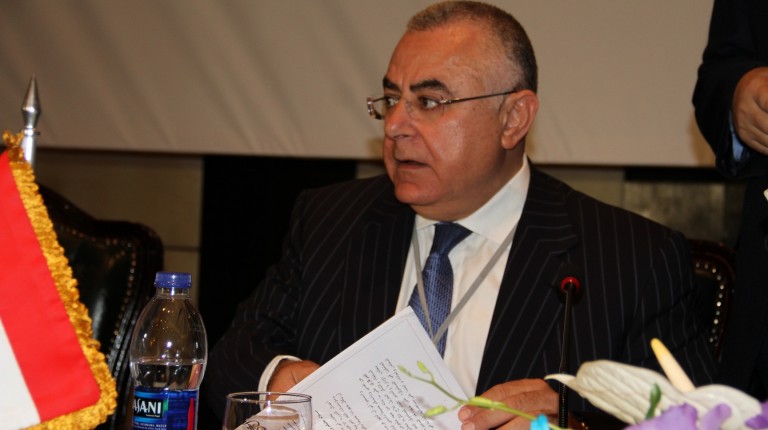 The CBE is completely determined to eliminate the parallel currency market, and make speculators incur heavy losses, said Governor of the Central Bank of Egypt Hisham Ramez, (CBE). In addition, the bank seeks to maintain the saving value of the Egyptian pound, especially with the improvement in the tourism sector and the foreign investment flow.

Ramez explained that the CBE is able to face all the challenges in spite of the unfavourable circumstances that the Egyptian economy went through over the last four years, through the competent staff and tools it has. Moreover, the CBE continues to lead the steps of economic and financial reform in Egypt.

“CBE is continuing its efforts to consolidate the pillars of monetary and financial stability in the Egyptian economy, in addition to supporting the strength of the banking system, in accordance with international measures of the sufficient financial supervision,” he added.

Ramez was speaking at the opening of the 39th session of the Board of Governors of Arab Central Banks and Monetary Institutions that was held in Cairo on Sunday.

The Egyptian economy is strongly steadfast in spite of all challenges

In spite of all the challenges Egypt faces while it reforms and leaves the instability stage that accompanied its political transformation process in the last years, the Egyptian economy continued to show its ability to withstand the shocks, and to adapt with the difficulties regardless their intensity, Ramez said.

He added that the Egyptian balance of payments (BOP) is still suffering repeated deficit amounting to about $1bn in the period between July 2014 and March 2015.  The balance of services and income experienced tangible improvement in the same period, where it registered a surplus of about $4.2bn, as a result of the increase in the tourism revenues and the significant increase in the flow of the capital and financial account. That was a direct result of the significant increase in the flows of the net foreign investment.

According to Ramez, the improvement of some economic sectors over the current fiscal year, especially on the construction and development level, had positive effects on the job market in Egypt. The unemployment rates decreased to 12.7% in Q2 of the current FY 2014/2015, against 13.3% in the same period last year.

The CBE governor said that the economic reforms Egypt undertook led to more confidence by investors, especially pertaining to the subsidies system reform procedures, including petroleum products’ subsidies. Another reason was the issuing of the new investment law and the commencement in executing a group of major national products.

“The government’s procedures for reforming public finance, through reducing the deficit ratio of GDP, in addition to the CBE efforts to eliminate the parallel market of foreign currency, had a positive effect on the macro economy,” said Ramez.

He added that the Egyptian reform process for development and economic growth comes within the framework of a sustainable development strategy, “Egypt’s vision 2030”, which aims to place Egypt amongst the best countries in the world, with regard to economic development, human development, countering corruption, competitive markets, and citizens’ satisfaction indicators by 2030. “I am confident of our ability to achieve our goals no matter the obstacles we face,” Ramez said.

Strong performance by Egyptian banks despite difficult circumstances they experienced

Concerning the performance indicators of Egyptian banks during the last period, the CBE governor said that the overall financial situation of the banks, other than the central bank, rose to about EGP2.2tr in June 2015, with an increase rate of almost 21% compared with the same month in 2014. The deposits also achieved an increase rate of 21.3% during the same period, while the loans and debit balances of customers increased by about 22.1%.

The CBE also continued its efforts in the development of payment systems and information technology, after its success in applying the intraday settlement system aiming to reach stability of the financial system and achieve credibility, speed and confidentiality.

“CBE considers the establishment of a developed system to manage securities and offer conservation and deposit services as well as the management of the guarantees in an advanced way aiming to support the structure of stock markets in Egypt,” Ramez said.

Decisive countering of money laundering and financing of terrorism

Regarding the terrorist operations that threaten Egypt’s stability, the CBE allocates great interest in fighting against money laundering and financing of terrorism, as the Anti-Money Laundering Unit (AMLU) prepares a national assessment of the risks of money laundering and financing of terrorism. The unit also participates in meetings of the National Coordinating Committee for Combating Corruption (NCCCC), which was formed in 2014.

CBE launched an initiative to support the tourism sector and postpone tourist companies’ debt instalments, which were affected by the circumstances witnessed in the country, said Ramez.

It also launched an initiative to encourage Egyptian banks to expand in financing small and medium enterprises. This is done through exempting banks from the required reserve in exchange for the size of loans they grant these projects. This aims at providing employment opportunities and addressing the problem of unemployment. Every bank now has a specialised department in the financing of this sector.

He added that since the bank now recognises the importance of the real estate sector, which represents an engine for the economic growth in Egypt for the way it is connected to many industries, CBE has put forward an initiative for Real Estate Financing, which aims to meet the needs of many citizens, including the low-income groups.

The central bank also launched an initiative to encourage Egyptian banks to float defaulting industrial sector clients, by allowing banks to form new loans allocation to be granted to troubled customers, where floating them could be feasible by only 5% of the financing value, while adhering to the standards and regulations in this regard.

The world is trapped in ongoing crises that it cannot escape

The CBE governor said in his speech that the economic, financial and banking developments in the whole world, and the Arab region in particular, impose significant challenges on the Arab banking institutions.

“The global economy is still unable to achieve solid and steady recovery, and has been moving from one crisis to another without interruption over the past eight years,” said Ramez.

He added that expectations of global economic growth fell to 3.3% annually in 2015, which is the weakest since the global financial crisis in 2008, and slightly less than it was in 2014. He said that, in 2014, the global economy grew at a rate of 3.4% due to the gradual improvement in developed countries, led by the United States, compared to frustrating below expectation growth in the euro-zone economy amid the absence of solutions for the Greek debt crisis, and the slowdown in emerging markets and developing countries.

According to Ramez, the recent developments in the global economy, and in particular those surrounding the emerging countries, have significant repercussions and witness some serious concerns with regards to the situation of the global economy.

The US is experiencing an upswing improvement in the real growth rates, a decline in unemployment, and a rise in the number of new jobs per month, amid expectations by the Federal Reserve to start raising interest rates on the US dollar. In contrast, the Chinese economy is caught in a slowdown in the rates growth and exports, where there has been an unexpected drop in manufacturing activity, prompting monetary authorities there to reduce the price of the Yuan several times in order to stimulate growth.

Ramez explained that these negative developments and the risks surrounding the global economy is reflected on the global capital and commodity markets, where investor confidence collapsed, and stock – as well as currency- markets have seen large disturbances. Moreover, commodity prices have fallen dramatically, led by petroleum.

He added that this economic crisis and related implications on the massive global markets is not only limited to China, but has been preceded by a marked slowdown in the growth of the Russian economy, and the entry of the Brazilian economy onto a contraction phase that may last for two years.

These developments had negative effects also on the economies of Arab countries, He explained, which doubled in intensity because of the associated political transformations and conflicts that plagued the region in the recent period, where investment has fallen and growth rates have decreased, and unemployment rates have increased to reach its highest global threshold, especially among young people.

The Arab central banks have made ​​great efforts during this difficult period to promote stability and strengthen growth, at a time the Arab central banks are working to achieve monetary and financial stability, they now also have to contribute to stimulate growth and encourage economic activity.

“There is a need to make more of an effort not only to achieve the policies adopted by the central banks, but to keep up with the rapid and successive developments at the level of central banking in general, and especially technology and communications,” concluded Ramez.