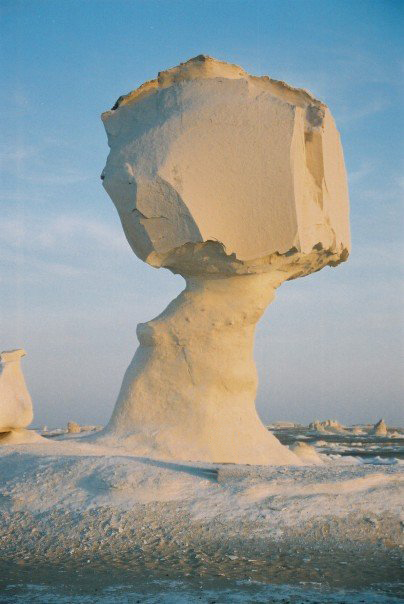 Egyptian security forces killed 12 Egyptian and Mexican members of a tour group in the Western Desert after mistaking them for terrorists, the Ministry of Interior said on Monday.

“A joint police and army force were chasing terrorist elements in the Western Desert area of Al-Wahat and they engaged by mistake with four four-wheel drives belonging to Mexican tourists who were present in a restricted area,” the interior ministry said.

Ten people were also injured in the attack, the ministry said. The convoy of four vehicles in the popular tourist area of the Bahariya Oasis were attacked while the Egyptian army was in pursuit of militants.

While initially the number of Mexican nationals dead was reported as two by Mexican authorities, that figure later rose to eight, with the remaining four dead being Egyptian, according to Reuters and BBC.

Tourism Minister Khaled Ramy subsequently stated that one of those injured was American; however a spokesperson for the US Embassy in Cairo told Daily News Egypt Monday afternoon that they had no information at the time and could not confirm or deny the reports. The Spanish Embassy also denied that any of their nationals were killed, with a press officer saying she believed reports suggesting so were based on “confusion”.

The Ministry of Tourism said that the vehicles were without the appropriate permits and in a prohibited zone of the desert. Placing the blame clearly outside of the government’s responsibility, the ministry has promised “maximum punishment” for the tourist company involved. It expressed its “sincere condolences” to the families of the victims and said that it will work with the Mexican Embassy to provide support to those affected.

Spokesperson for the Ministry of Tourism, Rashsa Azazy, told state news agency MENA that the department has set up a high-level operations room to follow-up on the “unfortunate” incident, and has established an “extensive investigation”.

The injured have been transferred to Dar El-Fouad Hospital in the Sheikh Zayed district of Cairo, where Jorge Alvarez Fuentes, Mexico’s ambassador to Egypt, visited to speak with the survivors, the Mexican Ministry of Foreign Affairs said.

However, Head of the Egyptian Tourist Guide Syndicate Hassan El-Nahla heavily contradicted the government’s claims via his Facebook page, alongside a picture of a document he claims is a copy of the tour’s security permit. “Their route passed via several checkpoints. Whilst travelling, a female tourist with diabetes began suffering and so the convoy changed route; however the convoy had no information that they were entering a forbidden area.”

Daily News Egypt was unable to confirm the picture of the security permit, as circulated in local press.

El-Nahla condemned a failure of coordination between the Ministry of Tourism and the army and police. He also asked why they did not have a police escort, and said that the group had strayed in to a prohibited road because it was not clearly marked. He also condemned local security services for not making it clear to the tour group that there had been military operations against militants in the area during the day.

In a widely shared Facebook status, an individual named Essam Monem claims he arrived at the scene of the attack at 8 pm in the evening, and reports that the response of government services was very slow, with bodies of the dead remaining in the desert for many hours before the prosecution arrived.

“The tourist police were first in the area, when I arrived at 8 pm there were four ambulances in the area who took out the injured. We wanted to remove the bodies but were told to leave them for the prosecution to investigate. However, the prosecution tried to avoid coming, saying it was not their responsibility, it was that of the military prosecution. We left at 12.30 am and the prosecution still had not arrived,” his status said.

Monem said there were clashes at 9 am between the military and militants who were understood to have kidnapped an individual two days earlier. After the operation, the military retreated and later returned by air force.

Spanish newspaper El-Mundo reported a representative from the company as denying that the area was restricted to civilians. “It’s the area where we often make short stops before reaching Bahariya. It is not prohibited as such, ” the employee said.

The President of Mexico Enrique Pena Nieto condemned the attack on the tourist convoy and called on Egypt to “conduct a thorough investigation into what happened,” Nieto wrote on his official Facebook page, and added that the Mexican ambassador to Egypt is providing support to those hospitalised. “I deeply regret that our citizens lost their lives,” Nieto said.

In a Monday morning phone call, Minister of Foreign Affairs Sameh Shoukry expressed his condolences to his Mexican counterpart Claudia Ruiz Massieu. According to the ministry, Shoukry explained the circumstances of the incident, maintaining that the tourists were in a prohibited area and they were in vehicles similar to those used by tourists. Shoukry reaffirmed Egypt will conduct an investigation and provide all necessary support and treatment, as well as facilitating the return of the bodies.

A key pillar of the Egyptian economy and national pride, tourism has struggled in Egypt with the instability and insecurity that followed the 2011 uprising.

The Western Desert, a popular site for tourist safaris and camping, has also become volatile as militants take advantage of the area next to lawless Libya.

In an incident of unknown relation on Sunday, the “Islamic State” militant group announced its presence in the Western Desert. “In a blessed operation facilitated by God, the soldiers of the Caliph countered an operation of the Egyptian army, by using light weapons and RPGs in the Western Desert. The army fled with their tails between their legs,” the statement said.

A tour operator, who wished to be known as Ahmed and who works in Bahariya, told Daily News Egypt that he understood the attack took place in an area called El-Bahoor, and according to reports from friends and the army he had heard, the group had taken a route off the main road from Cairo to Bahariya that is often used as a short cut. However, despite it being known as a route for the smuggling of drugs and weapons, it is often used, as it is quicker than the main route and avoids numerous checkpoints.

According to the tourist operator, any excursion vehicle must be clearly branded, including on the roof. “This has been obligatory for years now,” Ahmed said.

“The people living in the area are having a very difficult time with no work. They will say yes to any opportunity, even if they don’t have licences and permissions, and everyone has a jeep they can get hold off. The tourists don’t know that there are people you should and should not book with,” Ahmed said. “We are scared of the media and the future,” he said.

Other critical, local reactions included that of the 6 April movement, which said: “The army lacks expertise and is doing things the easy way by killing everyone.”

The Revolutionary Youth movement wrote in a statement on Facebook that the army was using “basic excuses” about permits and “if there were no foreigners among the dead, we would have seen their pictures published by the army as killed terrorists”.