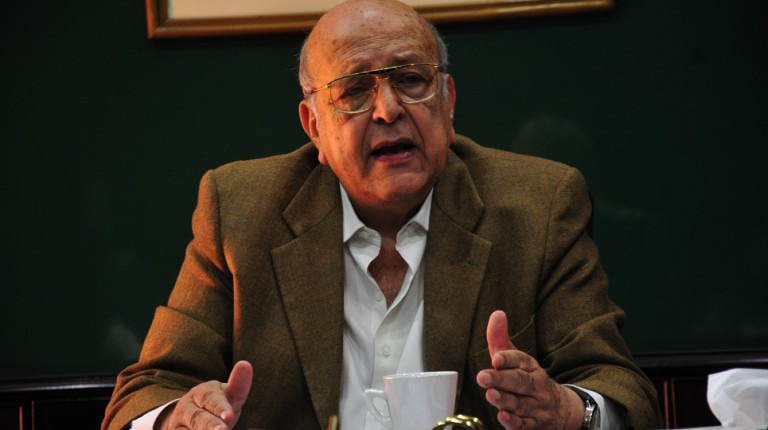 What efforts has the state committed to in solving the housing crisis?

The Central Bank of Egypt acknowledged interest rates for cheap popular housing at between 6% and 8%, instead of between 14% and 16%, and the government provides EGP 5,000 as a non-refundable grant in support of economic housing for young people. However, the state is poor and doesn’t have the possibilities, so it provides some advantages for low-class and middle-class housing, but these tranches need millions of housing units to solve the housing crisis.

What are the most promising of Egypt’s investment sectors?

Why is there no significant investment in the industrial real estate sector?

That is because this sector faces many problems and has lower profits.

Will the change in government affect projects that were announced at Sharm El-Sheikh’s Economic Summit?

Of course not, because the government will not affect [projects] – whether or not they have changed – while being under the management of one president. The ministers will change, but the philosophy will not.

Will your company coordinate with the government in building middle-income residential units projects?

Dealing with the government now has become dangerous, and the cooperation with it happens to a strict extent  because of bureaucracy and the lack of state respect for its commitments. After the 25 January Revolution, the state cancelled its contracts with investors on the pretext that they had bought land cheaply, which feeds investor fear and instability.

The Egyptian government tricks real estate investors in the name of settling investment disputes, and it must stop this if it wants reform and growth in the sector. The settlement of disputes regarding the lands or companies sold by the government to investors in a final deal is being solved through a re-pricing of these lands and companies to the highest price, which considered explicit fraud , and leads to a loss of investors not only in the real estate sector. The administrative body in Egypt is still weighed down by bureaucracy and must be resolved quickly, as this is the main obstacle to the growth of real estate investment in Egypt.

What are the reasons for non-implementation of the Cairo Capital project with Mohamed Al-Abbar?

Al-Abbar signed a Memorandum of Understanding (MoU) during the Sharm El-Sheikh Economic Summit, which is a non-completed agreement, but the government and Al-Abbar disagreed over the final agreement. Therefore, the government decided to be both the developer and manager of the project, by bringing in another developer to take the role of the development but under state control. I do not know where the government will get the finance for the project, and the advisory Egyptian alliance would only plan the project. Egyptian companies are able to carry out the project, but it needs good planning, good management as well as finance.

Was there a proposal from the developers to gain land to facilitate in return for allocating 15% of the facilitated lands for the government as participation in solving and addressing the depletion of land for building real estate projects?

The state does not have facilitated lands, and this issue is risky. The developers would involve themselves in cases and disputes with the government, similar to what happened with the Talaat Mostafa Group in the Madinaty project. The solution is in the hands of the government.

What is your vision for the Egyptian real estate market?

The Egyptian real estate market has great potential, and market prices have been competitive in the regional Arab market since 2008. These prices achieved revenues for real estate developers. However, the sector faces constraints and challenges represented in the lack of facilitated lands in light of government domination on offering lands. The government has to allow the private sector to facilitate lands to solve the problem of land availability. The developer, who can adapt to these obstacles, may benefit from the growth rates and growing demand in the property sector, in the light of opening new business with competed prices in coastal regions, which is supposed to attract foreign customers as well.