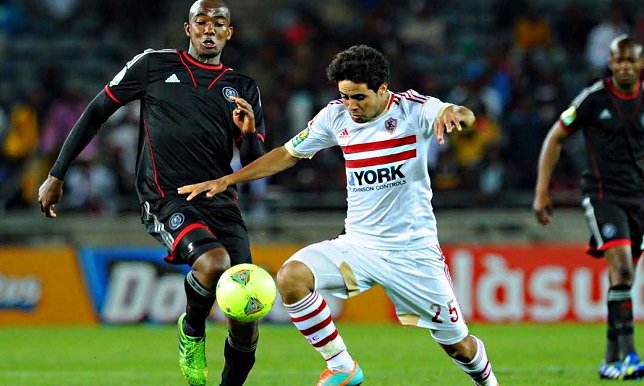 The group stages in both the CAF Champions League and CAF Confederation Cup have come to an end, and the four semi-finalists in both tournaments are determined.

As for the Champions League, Smouha, the only representative from Egypt in the tournament, has failed to qualify for the semi-finals. It came  last place in the first group, in which TP Mazembe from Congo took  first place, and Sudanese team Al-Hilal  took second place.

Smouha collected only four points from six matches, after it won a match, tied in another, and lost four matches. In the semi-finals of the tournament, TP Mazembe will face the Sudanese team Al-Merrikh SC, while Al-Hilal will play with the Algerian USM Alger.

Al-Ahly had ended its matches in the group stage with victory over Stade Malien 1-0, reaching 13 points, with a 5+ goal difference.Al-Ahly had the strongest lines of defence in that stage, after it conceded only one goal in the six matches. Etoile Sahel achieved the same number of points as Al-Ahly, but its goal difference amounted to 3+, which put it in second place in this group.

Al-Zamalek has topped the second group, achieving 15 points, after its significant victory over the number two team, Orlando Pirates, 4-1, at the end of the group stage. Orlando gathered 12 points.

Al-Ahly is the Confederation Cup title holder, and aims to increase his continental titles to 21, to continue at the forefront of the world’s clubs in continental titles. On the other hand, Al-Zamalek is dreaming to achieve its first continental title after an absence of 13 years, while the Tunisian Etoile Sahel is fighting to obtain its second title in this tournament, after the edition of 2006.

Orlando did not reach the title of the tournament before, and it has only two continental titles: the Champions League in 1995, and the African Super Cup in 1996.

8 arrested in aftermath of Al-Ahly vs Al-Zamalek match