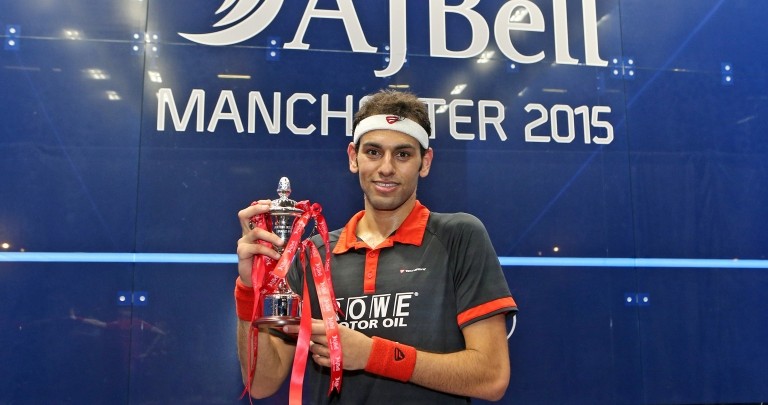 Egyptian squash player Mohamed El-Shorbagy, who ranks as world number one, was crowned champion of the British Squash Grand Prix, for the first time in his professional career.

Egyptian players have gained some of the best results in the tournament’s history, winning the title three times, behind only players from Britain, who have won the title four times. Englishman Nick Matthew is considered the most successful player at the British Grand Prix, as he was crowned three titles, followed by Egypt’s Ramy Ashour who won the title twice.

The British Grand Prix title is El-Shorbagy’s third this season under the PSA world tour. The Egyptian player had previously won the titles at the World Squash Champion in New York and the British Open Championship.

Ashour leads home hopes into second round at El Gouna