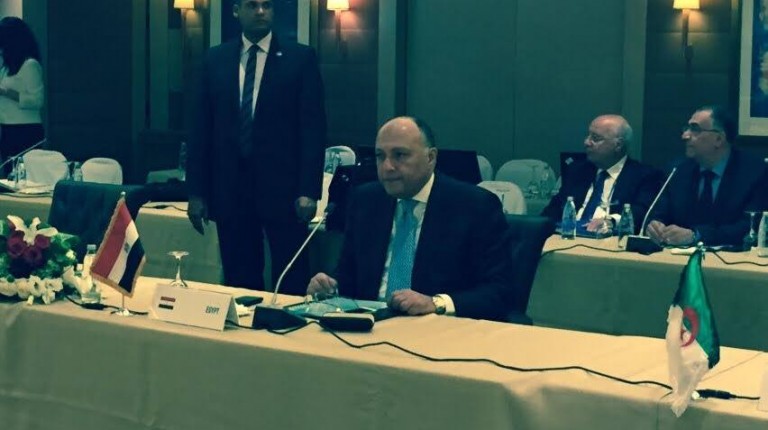 Minister of Foreign Affairs Sameh Shoukry has said that Egypt and Saudi Arabia are agreed on the solution to the crisis in Syria, and the answer is not a military one, in an interview with Russia Today Friday.

Asked whether there are disagreements with the Gulf kingdom over the issue, Shoukry said: “Not at all, we are coordinating with each other and have a shared understanding and narrative on how to move Syria out of crisis. We are also sharing our communications with opposition factions and how to support them, alongside our international partners.”

Saudi Arabia has been a rival of the Syrian government for many years and has been pushing for the removal of the regime of Bashar Al-Assad, including by militarily supporting rebel groups.

However, Egypt has, in recent months, hardened on a position of calling for a political solution, one that appears to include the maintenance of the Al-Assad regime. On more than one occasion, in recent months, Egyptian officials have met with Syrian government delegations for talks, including regarding responses to terrorism.

“The international community asserts that there is no solution but a political one to end the conflict and any party should not be subject to the illusion that a military solution can end the crisis that affects the Syrian people,” Shoukry told Russia Today. “The UN envoy was in Cairo and read a statement at the Arab League, presenting his plan necessary for regional and international players to make his efforts a success and follow through on the Geneva conferences. Syrian opposition movements have also expressed in Cairo their will to get involved in political efforts. We hope that all parties will come together to build Syria’s future within a framework of political agreements.”

Shourky also said he is in “constant contact” with his Russian counterpart Sergey Lavrov, and spoke of many broad areas for a close relationship, including trade and security.

In a wide-ranging interview, Shoukry was also questioned on human rights violations by the Egyptian government in its offensive against militants in Sinai. The Minister of Foreign Affairs said that he finds accusations of violations “strange”, suggesting that Egypt is part of an international fight against terrorism and has been unfairly singled out. Egypt’s tactics have been questioned over apparent excesses in violence in its aggressive Sinai strategy.

“We are taking in to consideration all rights of our citizens; this terrorism affects the lives of people in Sinai before anybody else,” Shoukry said. “The belief of the police and army is a clear belief to protect the Egyptian people and the people in Sinai deserve this protection foremost.”