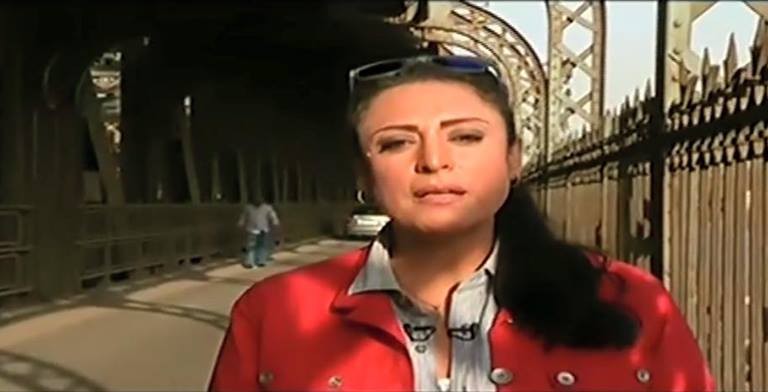 Controversial television host Mona Iraqi received a prison sentence Saturday for the filming of a citizen, without his consent, in her much criticised television programme ‘Al-Mostakhabi’.

The case concerns a lawsuit filed by a citizen named as Ehab Abu El-Ala, who accused Iraqi of filming him without his knowledge or consent. Abu El-Ala also accused Iraqi of insulting him using obscene words, and accusing him of fraud. Iraqi later aired those segments in her show “Al-Mostakhabi” on the network Al-Qahera Wal-Nas, according to state owned newspaper Al-Ahram. Iraqi admitted during the show that she had used hidden cameras during its filming, which is punishable according to Article 309 of the penal code.

Mona Iraqi has not responded to telephone calls, and it is unclear whether she will remain on bail, owing to the misdemeanour nature of the charges.

Prominent lawyer Tarek El-Awady, who has challenged Iraqi’s work numerous times, clarified that Saturday’s case is not related to separate cases against the host, including one he has filed.

“This case is about a report she did in March about the fire at the International Conference Centre, and an interview she conducted with an official about it,” El-Awady told Daily News Egypt.

At least 16 people were injured in March when a large fire erupted at the conference centre in north-east Cairo. El-Awady confirmed that his separate case against Iraqi and channel owner Tarek Nour over their infamous televised police raid of a bathhouse remains ongoing. In the case, Iraqi and Nour are charged with insult, defamation and spreading false news.

In December last year, Iraqi was internationally condemned for filming an anti-vice police unit as it raided a Ramses bath house, with the show accusing the men filmed of attending a homosexual brothel.

In February, news broke that one of the men arrested and acquitted in the case reportedly tried to burn himself to death. El-Watan newspaper published an interview in which the man said that, despite his acquittal, life had become unbearable as “I am harassed constantly in my workplace by the words of the people and the looks in their eyes”.

A report by the Egyptian Initiative for Personal Rights (EIPR) claims that since the ouster of former president Mohammed Morsi in 2013, at least 150 individuals have been arrested on charges of debauchery. Gay rights activists have stated that the atmosphere towards homosexuality is worse now than under the Muslim Brotherhood rule of 2012-2013.