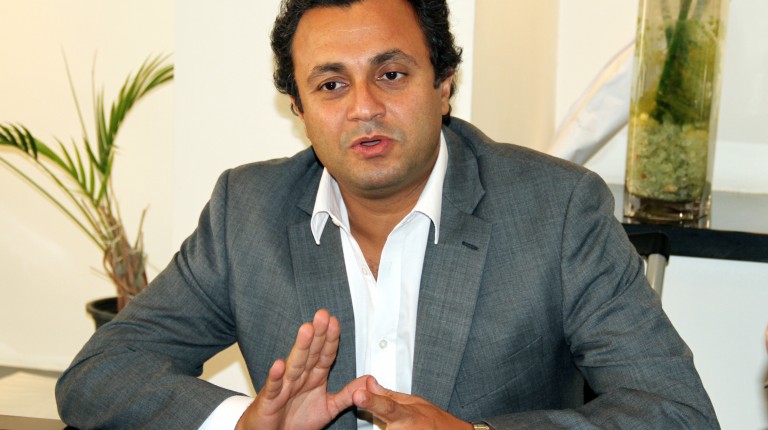 Abu Soma Development Company is aiming to develop 8m metres of its land bank in the next 10 years, with the first phase of the development process, costing around EGP 2bn-EGP 3bn, expected to be injected within the next five years, according to the company’s CEO, Ibrahim El-Missiri.

Daily News Egypt sat down with El-Missiri, and discussed the company’s current portfolio in the country, its upcoming plans for development and its views on the tourism and investment climate in the country.

Tell us about Abu Soma, the land portfolio and properties owned by the group?

The Abu Soma Company is the owner of its namesake peninsula, located south of Hurghada and North Safaga at the Red Sea.

2m metres of the total space of land owned by the company are already developed, and other than the hotels, we own real estate units and a golf field.

What do you plan on doing with the rest of the land bank owned by the company?

Our master plan is to develop the 8m metres of land owned by the company in the next 10 years. As for the upcoming three to five years, we’re planning to add three hotels to our hotel chain. We will further develop a marina, a residential area and a commercial area, those will represent the first phase of our master plan, and they’re expected to cover a total space of approximately 1m metres.

When will the development process start and what are the total investments needed for the first phase?

Well, we’re currently working on the designs and I expect that by the last quarter of 2016, the development process shall start. Total investments are expected to reach EGP 2bn to EGP 3bn. Each hotel of the three is expected to reach approximately $70m in costs.

The development of one of the hotels is actually under negotiation now; it will include 200 hotel rooms and 170 hotel apartments.

Is the company responsible for the construction and management of its hotels?

Yes, we also work with our sister companies in that regard.

Which sources of funding do you depend on?

50% of the construction costs of our projects are through banks and the other half are through self-financing.

What is the rate of domestic tourism at Soma Bay?

Domestic tourism represents 10% and the rest of our tourists come mainly from Germany, Switzerland and Austria.

What is the main hurdle you face in attracting new clients?

Our main customers, as I mentioned, come from Europe, and the problem is that they see the country as if it is in war; Sinai specifically is a war zone for them, so attracting new clients is a big challenge. 60% of our clients are repeated customers who have been visiting us for the last 18 years, those know that the area is safe and they’re not affected by the circumstances.

How do you, as a hotel investor, view the investment climate in Egypt?

Well we as a company are very optimistic about Egypt; we can see progress in the numbers and the government is sending positive signs to investors. There are, however, some obstacles, including the movement of the investment process, which is very slow and complicated. Moreover, there’s suffocation on the dealings with hard currency; the tourism sector doesn’t consume hard currency. It is, however, a source for hard currency, so it should be treated differently when it comes to its purchases that are normally done through dollars or euros.

As a company of Egyptian, Saudi Arabian and Lebanese ownership, we are ready to invest; we are not new to the market so we understand it and we believe that the obstacles being faced are temporary.

What is the total number of rooms the company owns, and how much do you generate in revenues from the hotel industry?

We have 1,500 rooms, and the revenues generated are worth approximately EGP 350m to EGP 400m per year.

How will you participate at Cityscape?

At Cityscape, we will be showcasing the Soma Breeze project, which will be launched and marketed for the first time at the event. The project’s implementation already started, and it involves 250 units, with buildings of three floors high that overlook the sea and golf fields. Each unit varies from 100 metres to 300 metres.

What is the total space on which the project will be implemented, and what is the price per metre to be offered to customers?

The whole project will spread on a space of 150,000 metres and the average price per metre will be around EGP 14,000.

In January of this year, we sold around 41 villas from the “Reef Villas” project. Further, in April we sold two phases or 80 units from the “Wadi Jebal Lodges” project.

What are the rates of the units there?

What about the monetary value of sales made in 2015 and your targets for the upcoming year?

With the end of the current year, we expect sales to reach approximately EGP 150m. In 2016, however, we’re targeting sales to reach EGP 250m, and in the years that follow, we’re aiming to record sales of EGP 500m annually.

How did the past four years impact your business in Egypt?

In 2010, we recorded the highest rates ever. The following year, however, tourism slowed down a little bit. It went back up again in 2012 until the end of 2013, where it got worse when flights to Egypt stopped. Then in 2014, and specifically in the months of September, October and November, we achieved high records similar to those of 2010, but then again another problem arose when embassies were shut down and tourism died at the time.

As you can see, tourism is very sensitive to the security situation in the country. This year, however, occupancy rates at our hotels increased by 30%, but again we’re comparing with years when tourism was down.

What are your targeted occupancy rates and revenues from hotels for 2016?

Right now, we’re very discreet about the targeted increases, however if occupancy increase by 10% that would be a good result, but that is under the condition of stability in the country. Revenues from hotels could also increase by 10% in 2016.

Can you tell us more about your deal with Starwood [an American hotel and leisure company headquartered in Stamford, Connecticut]?

We have signed an agreement with Starwood to transform La Residence des Cascades into a western hotel, which is a brand like the Four Seasons and Kempinski, opening for the first time in Egypt, and it will be launched next month.