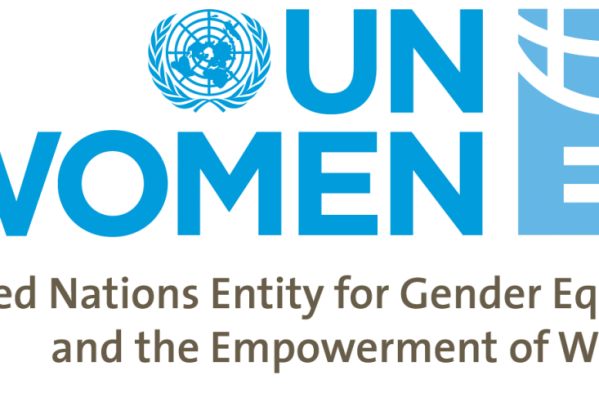 As part of the EU Commission-UN Women Spring Forward for Women Programme for the Southern Mediterranean region, “Khadija” is the new programme launched by the Arab Network for Economic Empowerment of Women.

The programme, supported by the Arab League’s women and family sector, and governments at the bilateral level, aims at supporting women in the Arab region. The EU cooperation policy is aligned with international commitments to gender equality and the protection of women’s rights, according to Diego Escalona Paturel, EU Head of Cooperation in Egypt.

He explained that out of a total EU budget of €8.2m, managed by UN Women, the EU allocates €7m to support women in the Southern Mediterranean region. “Concretely, in Egypt, I would like to highlight that the EU contribution to address gender issues and challenges exceeds €9m,” Paturel said.

The EU provides €4m for the political and economic empowerment of women, implemented through UN Women, another €3m for programmes combating violence against women and female genital mutilation, as well as nearly €1.2m to support the state-affiliated National Council for Women (NCW).

“We believe that there is room for increasing the role played by women in Egypt, still below the worldwide average in terms of participation in economic and political life,” Paturel added.

For his part, Mohammad Naciri, UN Women’s Regional Director, said during the conference that the “Khadija” network aims at providing comprehensive solutions for women’s economic and political empowerment.

On the economic side, Naciri mentioned two major aspects of the “Khadija” network. “In any programme we do we, work on two levels. We work on improving policies with governments through the Arab League,” Naciri stated.

“In most Arab countries, most labour laws provide gender equality; the problem comes in implementing those laws, so we are trying to provide technical assistance in how to properly execute them in a way that would further enhance gender equality in the labour market,” Naciri noted.

Naciri said the ideal would be to work with governments at the highest level to establish a specific quota of 25% for women in businesses working in the public procurements of goods and services.

Moreover, the programme aims at addressing the private sector, which would significantly contribute to the programme’s objectives of empowering women economically.

“On one hand, we want private sector companies to absorb more women as part of their human capital, as we aim to reach 50% of female presence in all levels,” Naciri stated. “It has been proven that such an economic formula improved productivity, the work environment and profits,” he continued.

Further, Naciri said the private sector needs to engage in small and medium projects for women by funding more training and job opportunities, as well as providing loans and participating with donor communities and international organisations.

“Somehow, the ‘Khadija’ network is going to form an informal lobby to work with the different partners and stakeholders in the region on advocating gender equality and more economic empowerment for women,” Naciri said.

On the political side, and ahead of Egypt’s expected parliamentary elections, Naciri said that they have been working in electoral constituencies to raise awareness among both men and women. “The bilateral programme with the UN Women Egypt country office, funded by and partnered with the EU, has been trying to invest in the administrative offices of the parliament to establish a gender unit,” Naciri stated.

“Once the parliament is up and running, we will continue to work with parliamentary members, not only women, but also men, towards gender equality and women’s empowerment,” he added.

One of the challenging demographics for women in Egypt is their disenfranchisement as citizens. Naciri pointed to efforts made towards the reinforcement of women’s citizenship, as those who do not have identification papers cannot participate in the political scene, get loans or access public services.

“Egypt is the most populated Arab country, and has urban, rural and Bedouin communities, where the government is working very hard to reach all these women in an institutionalised manner. However, many of the communities still prioritise giving services to men in the society, putting women aside,” Naciri said.

Naciri believes that the efforts made in helping Egyptian women acquire ID cards is a success story that could be transferred to other countries in the world, especially Arab countries that are “very tribal in nature”.

Another issue in Egypt was that of indebted women, with many of them in prison for debt. The government has taken responsibility in relieving them of these debts, but according to Naciri, it has also been tackling the symptoms of a more deep-rooted problem: that women are less equal to men in the judiciary.

“The justice system is governed by men, and despite any good will, they are not in a position to see issues from a gendered eye,” Naciri stated, adding that they have been working on justice programmes, also from a comprehensive point of view, which tackle women’s illiteracy, an obstacle to knowing her rights and referral systems.

Finally, on the issue of refugees and the increasing mass movement worldwide, Paturel told Daily News Egypt, on the sidelines of the conference, that the EU has already mobilised €1.8bn for Africa, and in particular northern countries, including Egypt, to support the refugee population, on top of which are women.

Moreover, Naciri said that UN Women, along with the NCW, inaugurated Sunday a Cairo-based centre, which will be training Egyptian and Syrian women in knitting, tailoring, and cooking, etc.

“Egypt is one of the most gracious countries in receiving refugees; we never had refugee camps. On the contrary, Egypt’s government and community integrated Syrian families them into the society over the last three or four years, which were also arguably the most difficult years for Egypt’s own internal problems,” Naciri said.

The UN Women programmes aim at working both with the Syrian communities and their hosts to enable them to have economic empowerment tools based on the notion of resilience.

Naciri concluded that the figures on Syrian refugees in Europe are much lower than the Arab world. “So we really have been taking the heaviest art of the challenge on our shoulders. We have also been quiet about it, and dealt with it with a lot of grace,” Naciri said.

No guarantee that FGM law amendments will discourage practice: researcher