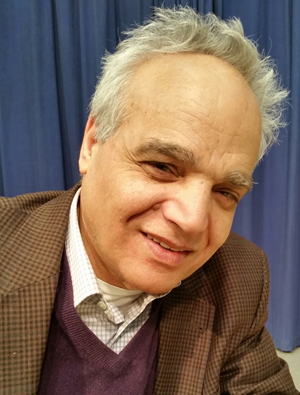 America has a Muslim problem, professed the republican presidential frontrunner Donald Trump. Muslim-bashing has become a GOP platform, where everyone is trying to outdo each other on how Islamophopic he/she is.

Now it is time for Muslims in America to go out and unapologetically celebrate the Eid Al-Adha (Feast of the sacrifice), where in post-9/11 America this is not as simple as it seems. Muslims have been under the spotlight for some time, and they are in dire need for some celebration.

The Eid celebration usually starts by rushing to the convention center in downtown Minneapolis; where thousands of Muslims, mostly Somalis, walk in droves, dressed in traditional clothes and illuminating smiles: they are heading for the early Eid Prayer. A few years ago, on the same day of the Eid, there was a wedding trade show at the convention center, where lots of young women with their fashionable wedding gowns peacefully intermingled with Muslim women.

Muslims from all corners of the world congregated in the gender-segregated prayer room, but this didn’t deter the children from running around and crossing the gender divide. After the brief Eid chanting of God’s greatness, “Allah Akbar, Allah Akbar,” we began the Eid prayer. In the large praying area, thousands of Muslims stand harmoniously in huge rows; they’re like well-wishers chanting and kneeling in concert. Their choreographed up and down movements are only broken by a few untrained children who are slowly learning how to get the motions right.

After the Eid prayer, the Imam moves to the podium to give the post-Eid prayer sermon, and nothing disperses a Muslim crowd like an Eid sermon, where suddenly the majority of worshippers start their exodus out of the praying hall, undeterred by the Imam’s call to stay for the sermon.

At social hour, after warm kissing and hugging, bagels replace the traditional Eid biscuits. Parents give out El-Eidiah – a few new dollar bills – to their eager happy children. Then lots of Muslim families head to the Mall of America, the shopping Mecca of the world, the consumers’ cathedral, where millions visit to worship their cultural icons; Calvin Klein, Liz Claiborne, Ralph Lauren, and Tommy Hilfiger, and to unveil Victoria’s Secret behind her beauty mystique.

For Muslims in America, the Mall of America has become a new cultural sanctuary. Thousands of American Muslims of all ethnicities, nationalities, races and creeds gather to celebrate their own native customs and identities. Next to the Betty Crocker Bakery, a few Egyptian men are catching up on their latest political events in their home country. Several Somali women watch nervously as their children vanish into the maze of Macedonia in the indoor playground. A group of Syrians enjoy a rare peaceful moment by the indoor garden, while not too far away are some Somali men are kneeling down in the corner, getting ready for the noon prayer.

Next to them is a cluster of young Pakistani men listening to their iPods and comparing the latest features on their iPhone. A few Saudi visitors are standing by the palm trees, wondering about the new pilgrimages coming to the mall. By the Rainforest Café, some West African Muslims in their crisp white robes and hats seem oblivious to the strange artificial noises coming from the tropical-themed restaurant.

On the rollercoaster, Muslim boys ride with Muslim girls, who laugh as their hijabs fly over their faces above their unconcerned parents. In the middle of the mall, a few Muslim women, cloaked in their traditional black burkas, are walking slowly together, their black unified bodies eclipse the front window of Victoria’s Secret, seemingly unmoved by the displays of women in skimpy lingerie.

At the mall they are not shopping, just celebrating. There are no shopping bags to carry, just their kids, no cultural idol to worship except their God, no fashion trends to follow, only their traditions. It’s Christmas without the shopping craze. Every year, thousands of American Muslims turn the biggest shopping mall in America into a non-shopping mall, if only for one day.

Ahmed Tharwat is the host of Bel-Ahdan, an Arab-American television talk show in Minnetonka, Minnesota. His articles published in national and International Publications. He blogs at “Notes from America” www.ahmediatv.com