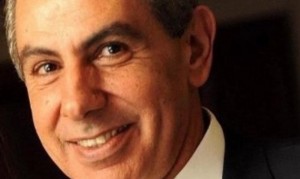 Newly-appointed Minister of Industry and Trade Tarek Qabil indicated that Egypt is very keen on expanding the horizons of cooperation with all African countries, according to a statement from the ministry.

This came during his meeting with Sindiso Ngwenya, Secretary General of the Common Market for Eastern and Southern Africa (COMESA), who is currently visiting Egypt to attend the official opening of the African Export-Import Bank (Afreximbank).

Qabil further highlighted the importance of opening new horizons for trade and investment with African countries, while working on opening up new markets in those countries for exporting Egyptian products.

There are various opportunities for exporting Egyptian products to African countries, especially in the fields of pharmaceuticals, readymade clothes and textiles, he added.

Qabil also stressed on Egypt’s intention to fully benefit from its collaboration with the COMESA, with a meeting scheduled to take place next November to follow up on the progress of applying the mechanisms of the COMESA customs union, with the aim of reaching the common market phase.

The amount of trade exchange between Egypt and the countries of the COMESA reached $2.6bn in 2014, whereby $1.9bn of this amount represented Egypt’s exports value, while $693m is the amount of imports received from the COMESA, Qabil said.

Further effort should be exerted to encourage some member countries at the COMESA to take rapid action to apply the rules concerned with customs exemptions, namely Ethiopia, Eritrea and Congo, Qabil noted.

Meanwhile, Ngwenya indicated that the COMESA secretariat is keen on following up on the progress and results of the establishment of the Tripartite Free Trade Area between the three blocs of the COMESA, the Southern African Development Community (SADC), and the East African Community (EAC).

Ngwenya told Daily News Egypt last June that with the activation of the Tripartite agreement, the trade balance between African countries is expected to increase by $10bn to $20bn.