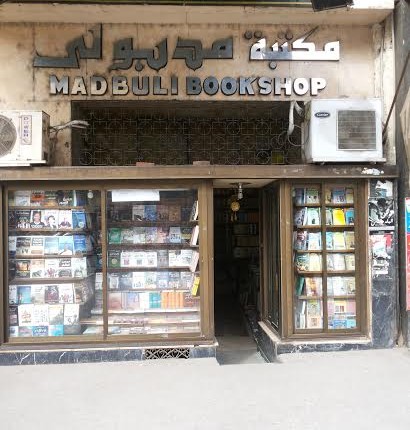 A book on the operations of Egypt’s religious institutions has been at the centre of a row over whether it was banned from sale, with a local human rights organisation condemning the incident as censorship.

According to authors Hamdy Al-Assuity and Magdy Khalil, representatives from Al-Azhar and the Ministry of Religious Endowments put pressure on Madbouly Bookstore in Downtown Cairo to pull their joint work, entitled “Contempt of Religions in Egypt”.

In an interview with El-Tahrir Newspaper, Al-Assuity said that the book revealed violations that occur in Egypt’s religious institutions, and their control of  freedom of expression and thoughts. “I expected that it would be confiscated following it being published, but it seems they took a while to read it,” Al-Assuity said.

In one section, Al-Assuity says the book looks at the institutions’ abuse of the blasphemy laws in Article 98 of the Penal Code.

Co-author Khalil, who is understood to be the executive director of the book’s publisher Middle East Freedom Forum, said via his Facebook account: “Some individuals affiliated to religious institutions in Egypt represented in Al-Azhar Institution and the Egyptian Endowment Ministry have visited Madbouly Bookstore and demanded the removal of ‘Contempt of Religions in Egypt’ with no delay, as it abuses Islam, according to them.”

“They posed threats to the bookstore in case of not removing the copies. Therefore, we had withdrawn the copies from the bookstore upon their request, and in order not to cause any problems for them,” Khalil wrote.

Al-Assuity and Khalil’s case was picked up by the Arabic Network for Human Rights Information (ANHRI), which condemned the “flagrant violation of the freedom of expression” by Al-Azhar and the Ministry of Religious Endowments.  “The incident is not based on the law, as the Endowment Ministry and Al-Azhar Institution have no power over the book’s removal, or distribution ban. The Constitution, in its Article 67, determined the way for that is to resort to the public prosecution, which is authorised to investigate the book content,” ANHRI said.

However, Mahmoud Madbouly, manager of the bookshop, refuted the authors’ account and told Daily News Egypt that the bookstore itself decided not to run the book. “We talked with Al-Assuity and came to an agreement to stock the book, then we realised that the book was against Islam and so decided not to offer it. We never stocked the book.”

Hamdy Al-Assuity said he was unavailable to talk when contacted by Daily News Egypt.

The paper was not able to reach the Ministry of Religious Endowments by the time of print.

“The only one who is allowed to censor the book is the reader himself and there have been movies since the years of Mubarak that have ruined the morality of society and they are still being produced,” Al-Assuity wrote. “Metres away from Al Azhar and the Endowments Ministry you find bad publications that contain backward legends and bad interpretations for sale, and I think this is against the idea of religious thought.”