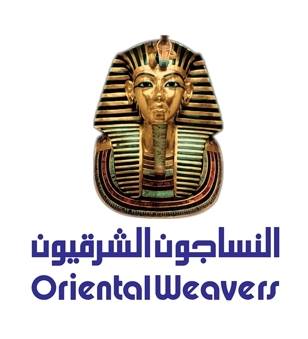 Oriental Weavers Group denied on Monday rumours that reconciliation is taking place with the Egyptian Competition Authority (ECA), highlighting that it rejects settlement due to its confidence in its legal position.

The company added that it maintains its innocence of any monopolistic practices, which prompted the ECA’s decision to refer the company to the Prosecutor General.

Last month, Oriental Weavers’ Chairman, Salah Abdel Aziz, told Daily News Egypt that the company plans to raise a grievance with influential entities, including the cabinet, against the ECA’s accusations.

The company plans to submit documents to the Prosecutor General that refute the accusations against them.

Abdel Aziz added that the ECA report, accusing the company of controlling 90% of the mechanical carpet market during the inspection period, contradicts the latest reports by the Central Agency for Public Mobilization and Statistics (CAPMAS). The CAMPAS report stated that Oriental Weavers has 58% of carpet sales, while 25% of market sales went to imported carpets, and 17% to other local producers.

Meanwhile, the ECA’s chairperson Mona El-Garf maintained that the Board of Directors saw breaches committed by the company, which led to them voting unanimously and agreeing to file those accusations. She said that the investigation began after one competing company filed a complaint accusing Oriental Weavers of the matter. After months of research and investigations, the breach was proven, she said, but refused to reveal the name of the company that filed the complaint.

If found guilty, a fine of up to EGP 300m will be imposed on Oriental Weavers Group.

Late last year, the company announced its plans to pump EGP 90m as new investments in its 10th of Ramadan-based factory in the next four years. Abdel Aziz then stated that in order to cover the increasing demands and needs of both the local and international markets, three new production lines are to be added during 2015 in the Oriental Weavers International factory.

The group announced in August that it generated net profits worth EGP 276.8m in the first half of 2015, which ended on 30 June. The figure jumped from approximately EGP 251m recorded in the same period the year before.

The machine- made carpets and rugs company has a strong production force that includes 10 factories in Egypt, China and the US, with almost 20,000 workers.