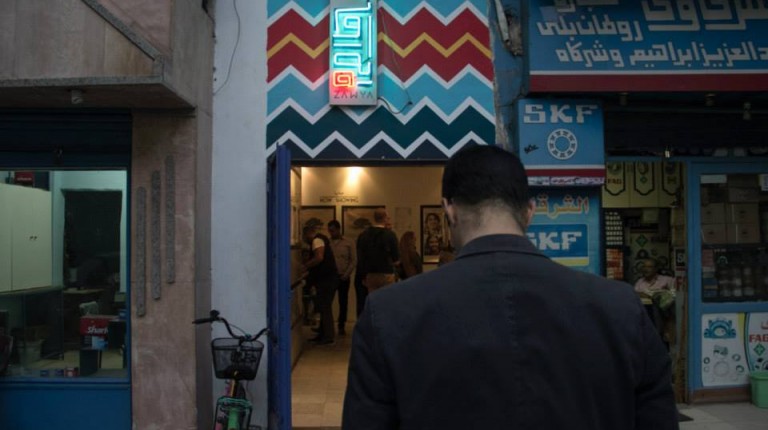 In the heart of Cairo’s historic downtown stands the legendary Odeon. The well-known cinema was once one of the few cinema houses in the capital – but today, it is recognised for a totally different reason. When walking around the cinema house, a small door with the bright word “Zawya” written above it is set to interrupt anyone’s journey and demand attention.

That small door is the gateway to one the world’s finest film and cinema projects. Zawya incubates the most underestimated gems of the international film industry, in an attempt to support up-and-coming film makers.

“Zawya is the first and only art-house cinema in Egypt. It was launched in March 2014 by Misr International Films (Youssef Chahine),” said Malak Makar, the project coordinator.

“Zawya has screened an alternative selection of films from different parts of the world, including short films, documentaries, feature films and experimental work,” said Makar.

Zawya is a project in favour of the currently neglected independent film industry, which has been severely affected by a destructive commercial wave. The small cinema house is an informal embassy of local independent film makers, as it is one of the very few that screens their valuable work.

The criteria for films, as outlined by the curator, is definitely unique, as it focuses on films that are rarely ever screened anywhere else in Egypt.

After a one-month hiatus, the cinema house returned after Ramadan with an extraordinary film, the widely-acclaimed Pedro Almodovar’s award-winning “Wild Tales”, which was nominated for the Best Foreign Language Film at the 87th Academy Awards. The film is divided into six short stories which examine the unexpected results of rage and anger. “Wild Tales” is among other previous films shown at the space that crown Zawya as the home of European masterpieces in Egypt.

Even though “Wild Tales” was screened more than five times a day for two weks, the tickets rapidly sold out every day, leading to a full-house every time. It proved the on-going popularity of the independent cinema genre in Egypt.

“We are not exposed to European cinema in Egypt enough, all cinemas show either big American blockbuster films or big production Egyptian films. European cinema has a lot to offer, and needs to be accessed by the Egyptian public,” said Makar.

Every year in November, Zawya hosts the annual film festival “Panorama of the European Film”, making the cinema house a place Egypt’s film fanatics can trust and head to for the latest European productions. Zawya showcases award-winning European films and documentaries in order to spread art and inspire aspiring local film makers.

For the first time in Egypt, and in collaboration with Alternative Film Centre and the Institut Français d’Egypte, Zawya hosted the Cannes Critics’ Week. Between 16 and 21 September, the cinema house was the local outlet of the Cannes Film Festival’s week-long “La Semaine de la Critique”.

The annual event has been featuring and harbouring new talents ever since its inception in 1962. However, with the help of Zawya, the Egyptian audience got to devour the outstanding films this year.

The week included eight feature films, plus a short film programme, that showcased diverse cinematic art from all around the globe. The list of films on show included films such as “The Lunchbox”, “Hope”, “Take Shelter”, “Aqui Y Alla”, “The Tribe” and “Breathe”, from a range of countries including India, France, the US, Ukraine and Germany.

As for the audience’s feedback, Zawya’s team refuses to restrict positive ones to European films only. “We know that the audience enjoys European films and enjoys Zawya’s selection, because you cannot have access to these films on the big screen anywhere else. However, there is no difference between European independent and Egyptian/regional independent films in terms of audience preference. If the film is good, it’s good,” Makar said.

After screening “Wild Tales”, which was followed by the critics’ week, it is safe to say that the screened films have created great ripples, as many have already turned into a trend topic on various social media channels.

Zawya aims to build on the success of its most recent choices in particular, and the project’s increasing popularity in general, by spreading the concept nationally. “Having organised screenings in multiple venues outside of Cairo, Zaywa aims to eventually grow into a series of cinema screens spread out across the country,” Makar said.

Euro Film Panorama wraps up but Zawya pushes on