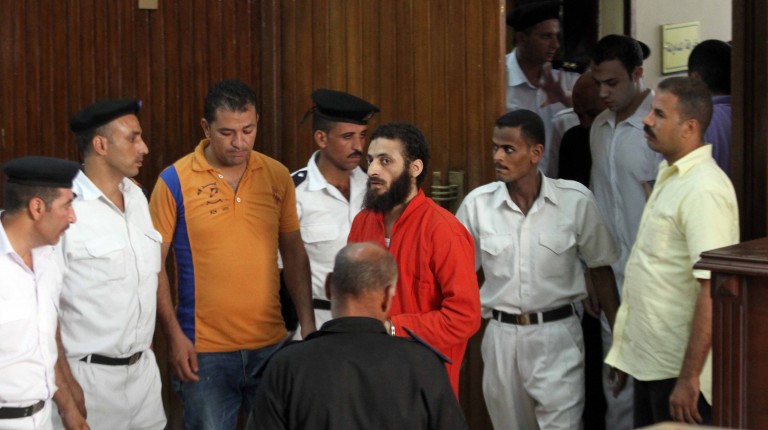 Islamist figure Adel Habara was sentenced to death by the Zagazig Criminal Court on Tuesday on charges of forming a ‘takfiri’ group, communicating with the “Islamic State” (IS) militant group and targeting policemen and army personnel with violence.

The court’s ruling upheld a former sentence handed by the same court in absentia against Habara. Another defendant in the retrial, Mohamed Al-Maghawry, was acquitted of all charges.

The court had sentenced Habara and eight others to death in May. The defendants were also accused of having and promoting ‘takfiri’ ideology and possessing ammunition.

This is not the first death sentence given to Habara. In December, the Cairo Criminal Court upheld death sentences against the Islamist and six other militants in the “second Rafah massacre” case. They were convicted of killing 25 police conscripts in an ambush on a police convoy in August 2013 in the Abu Tawila region, along the Al-Arish-Rafah Road in Sinai.

Habara, also known as Adel Mohamed Ibrahim, was arrested in August 2013 while hiding in the North Sinai town of Al-Arish.