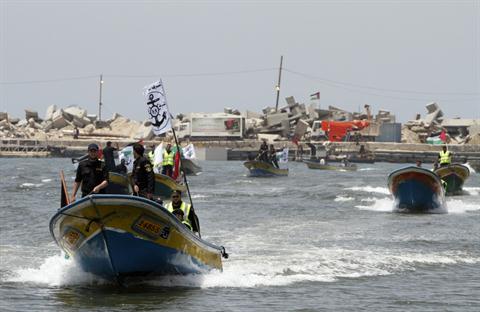 The Egyptian consulate in the Tunisian city of Djerba is following up on the case of 11 Egyptian fishermen who were detained on Tuesday, the Ministry of Foreign Affairs’ spokesperson said.

Spokesperson Ahmed Abu Zeid stated that Tunisian authorities in the city of Jarjis arrested the fishing boat, named Razek Hai, after the Tunisian Coast Guard gave three warnings for the boat to leave the territorial waters of Tunisia.

The Egyptian Foreign Ministry said in its press release that the Tunisian authorities have filed multiple complaints in recent times of Egyptian fishermen illegally entering national waters. Tunisia says that the foreign fishermen exploit the national stock of fish, thus damaging the fisheries, and also poses security concerns regarding the Egyptian fishermen involved.

The consulate and the Egyptian embassy in Tunisia are investigating the incident with the local authorities in order to facilitate the process and return the fishermen.

In August, Tunisia released 15 Egyptian fishermen, detained in July in eastern Tunisia, for breaching the waters.

In August, Sudan released 101 Egyptian fishermen who had illegally entered its waters and had been detained since April. In exchange for the release of the fishermen, Egypt agreed to release 44 Sudanese detainees who had illegally crossed in to Egypt.

Further, in September the Ministry of Foreign Affairs announced that at least three Egyptians died when their boat capsized off the coast of Libya. However, Head of the Fishermen’s Syndicate, Zarei El-Betani, said that 26 had drowned, with an estimate of around eight crew members, with the rest being smuggled illegally.