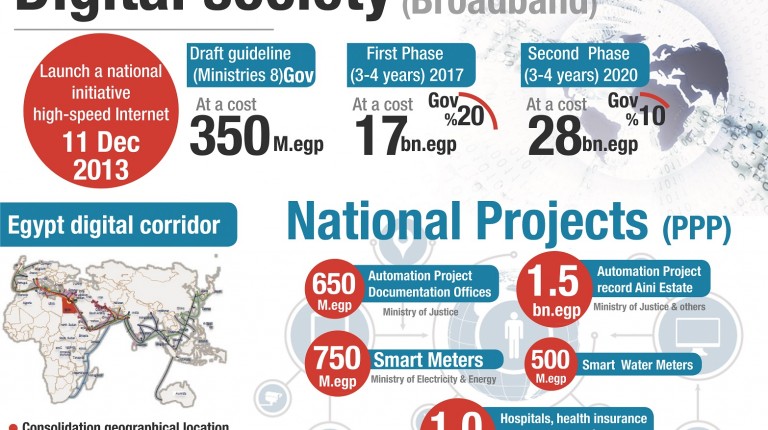 Many information and communications technology (ICT) sector officials consider improving the legislative environment and elimination of bureaucracy as the most prominent investment challenges in the local market. They demanded rapid movement to overcome these barriers, in the hopes of not missing investment opportunities.

Wael Amin, founder of ITWorx, said that major challenges in the information technology market are the lack of government attention to investment in creativity and entrepreneurship. This is in addition to the lack of sufficient venture capital investment funds that are commensurate with the number of young creative entrepreneurs. Amin called for banks to provide financing and investment programmes for emerging companies with creative ideas.

Hesham Abd Al-Ghaffar, Polaroid MENA Regional Sales Director, said that the most important challenges in the market include the ambiguity of vision for the first time since the founding of the Ministry of Communications. He highlighted the need to start racing for the implementation of clear-cut plans and strategies, and warned that such challenges may represent the expulsion of investment.

Osman Abou-El-Nasr, Head of North Africa Country Directors’ Council at Nokia Solutions and Networks, said foreign currency transfer problems are the main challenges for the Egyptian market in the current period. This is largely due to the Central Bank of Egypt (CBE) enforcing strict conditions for the transferral of foreign currency. According to Abou-El-Nasr, the company had bought particulars of sale for different local projects, but it did not compete for the implementation because of the requirement that the customer pays in Egyptian pounds.

He added that Egypt’s telecom companies, which are the main customers for network companies in the local market, have suffered a decline in profitability during the last period. This decline has affected the size of their investments in infrastructure, which is in turn reflected negatively on companies working to establish networks and mobile towers.

Abou-El-Nasr called for the elimination of bureaucracy to make better use of investment opportunities, and to facilitate the government’s measures through the activation of the single window services.

Abdel Rahman El-Sawy, Chairman of the National Telecommunications Regulatory Authority (NTRA), said the absence of a strong legislative structure for the telecommunications sector is the most prominent challenge. He added that there is no law on freedom of information, as well as no laws for personal data protection or intellectual property laws and regulations. El-Sawy noted that there have been many distortions in the telecommunications law, which was amended and was given to the cabinet pending approval, but which has not yet been implemented.

He added that the ongoing conflict between the telecommunications and Internet companies on the one hand, and the Ministry of Communications on the other hand, repels investments, and  sends a discouraging message to investors. There is also an ongoing controversy over the Civil Service Law and imposing it without a community dialogue with civil society organisations.

The delayed implementation of various previous strategic projects from former communications ministers, such as the deployment of high-speed Internet (broadband), is a negative indicator for the sector.

Yehia Tharwat, CEO of Link Egypt Software, believes the market is suffering in spite of the presence of many investment opportunities that could be missed due to the failure to provide a healthy investment climate. He added that another challenge is the migration of many skilled minds, who are the core of the IT industry – especially to the Gulf markets and European countries. He noted that Germany currently represents a popular destination for the Egyptian brain drain.

Tharwat said he has undertaken a survey amongst the sector’s workers, after noticing the mass migration. He found that the main reason for this trend is frustration among the youth, the closure of many companies operating in IT due to declines in revenues, and being unable to provide the appropriate financial resources to keep their employees. This is in addition to the UAE importing human resources from Egypt through higher salaries than those provided by Egyptian companies.

He added that Egypt’s laws are not far-reaching for the economic situation, and that the terrorism law, amongst others, had a negative impact on Egypt’s investment climate. As a result, investors are worried about pumping domestic investments in light of the lack of clarity in the current vision.

Hamdy Ellaithy, CEO and managing Director of Linatel, supported Tharwat’s opinion, noting that the sector suffers from a lack of project pitching. Ellaithy also said the sector also communicates poorly with investors. He added that the legislative environment in Egypt needs to be modified radically and quickly, to help the investment climate attract investment, and considered this the main challenge facing the sector.