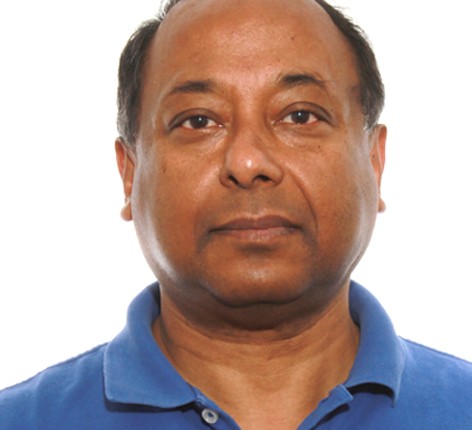 The EU is wrestling with seemingly insoluble human and financial crises. Pundits routinely draw unfavourable parallels to the US to illustrate needed changes. They say Europe needs a stronger central bank and greater political integration. Pointing to Puerto Rico’s $72bn debt crisis, they note that financial markets have assumed that unlike Greece, this US territory will make a soft landing.

This technocratic prescription, though valid, doesn’t address a key fact: Europe’s diverse population will impede the creation of the “US of Europe”. India, which has comparable diversity, can teach much. But will Europeans be willing to learn from an emerging economy where corruption is rife? They should. Indians have got a lot wrong, but they got this right.

The EU’s efforts at managing diversity have been woeful. Its politicians haven’t made a cogent case why diverse peoples should come together. Politicians, like Jean-Claude Juncker, who ardently champion the EU, offer technocratic rationales, not ones that ordinary people can feel in their guts. The absence of an emotion-laden rationale for unity has produced today’s “What’s in it for me?” ruptures along national and linguistic lines, as well as the alienation of European Muslims.

EU politicians don’t seem to understand a basic truth taught in Leadership and Change Management courses: when people rally around a shared vision, driving change becomes easier. Why does the EU exist? Surely not to prevent a German initiated World War III? That rationale became irrelevant decades ago.

In contrast, India’s efforts at forging a common identity – “India” did not exist for millennia – have been a substantial success. It adopted a national anthem that lauded, by name, every part of the country, and a flag with colours associated with the three major religions. Politicians made decisions that made no logical or economic sense, but helped manage diversity. Every child learned the message of “Unity in Diversity” from primary school onward.

And despite its periodic, ugly, politics-driven religious killings, India championed religious diversity. Four of its 12 presidents were Muslims, as were four of 42 Chief Justices, many senior ministers and bureaucrats, and many top leaders of its armed forces. Forbes lists Indian Muslim billionaires, and India worships the many Muslims in its movies and the arts, and its beloved national cricket team. Europeans should ponder why so many British Muslims have joined ISIS while few Indians have, even though Britain’s Muslim population is 1.6% of India’s.

The EU policy requiring children to study two non-native languages was a solid step towards instilling appreciation of diversity. However, countries support it irregularly. The UK lacks a country-wide time commitment, while Spain devotes only 5% of time at primary level, and 10% at secondary level. So, as a London resident, I heard British children speak only English, and during a two-week visit, I could get only one young Spaniard to admit to knowing English.

People can drive change themselves, but they must want to – and it takes much longer. In 1970s India, my fellow students and I ridiculed the efforts of an Académie Française-like language institute that coined longwinded Hindi equivalents of simple English: “railway signal” became “lahu-puth-gameni-awat-jawat-soochak-danda”.

The EU will stop lurching from crisis to crisis only if its leaders ensure it stands for something that makes Europeans proud. Its leaders must set an extraordinary, but human, vision that no country can fulfil on its own. They must learn to give something up first, in order to get something in return. They have to champion policies and ideas that their compatriots oppose, if these are essential for the EU’s long-term success. David Cameron, Angela Merkel, and Francoise Holland have not shown they are up to such challenges.

However, I am convinced the EU can embrace diversity and overcome these challenges. After all, ordinary Europeans created Médecins Sans Frontières, and instead of staying in the comfort of their rich homelands, at great risk to themselves, regularly take light and hope to the darkest corners of the world.

Amit Mukherjee is Professor of Leadership and Strategy at IMD. He will be based at IMD’s Executive Learning Center in Singapore

'Made in India' comes to Cairo in November