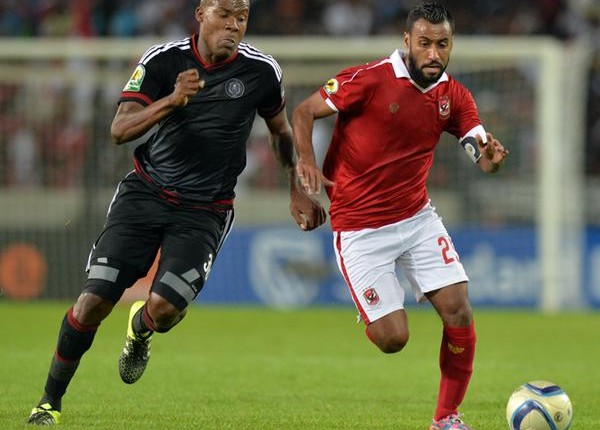 Al-Zamalek SC were defeated by Tunisia’s Etoile Sahel team, with five goals to one, in the semi-finals away game of the African Confederation Cup.

Al-Zamalek saw a similar defeat in the African Champions League in 1987, at the hands of Kotoko of Ghana in the quarter-finals. At the time, the White Team exited the championship after that defeat, despite its 2-0 victory in the away game.

The game was very exciting, with Al-Zamalek receiving two goals in the first 11 minutes, before returning in the 25th minute with a goal by Ayman Hefny. However, 10 minutes later, the Tunisian team scored a third goal. The home team scored another two goals in the final 10 minutes of the game, eliminating Al-Zamalek’s chance of qualifying for the final, after a 13-year absence from the African playing field.

Al-Zamalek only scored four goals in six games during the group stage, and quarter-finals.

On the other hand, Al-Ahly also suffered a loss, 1-0, in the same round, the semi-final, against the Orlando Pirates of South Africa in the away game. The home team scored a goal in the eighth minute of the game, and Al-Ahly was not able to make up for it for another 82 minutes.

Al-Ahly lacked accuracy in shooting at the Orlando Pirates, despite the abundance of opportunities. It shot 10 times, while only one of them was on target. The South African team had six attempts, and three of them were on target.

However, the outcome of the game can be compensated, especially as recent history points to Al-Ahly’s ability to overcome the obstacle posed by the Orlando Pirates. The Pirates were Al-Ahly’s main rival in the African Champions League in 2013, but Al-Ahly was able to clinch the championship in the end.

The two teams met for the first time in the history of the African championships in the group stage in the 2013 Champions League, where Al-Ahly lost 3-0 in the field of El-Gouna in Egypt. The game was held on an especially hot morning during Ramadan, while the players were fasting. Al-Ahly came out at the end of the stage with a negative tie with the Orlando Pirates.

They faced each other again in the finals, where Al-Ahly led a 1-1 draw in South Africa, and scored two goals in Egypt to win the title in Cairo.