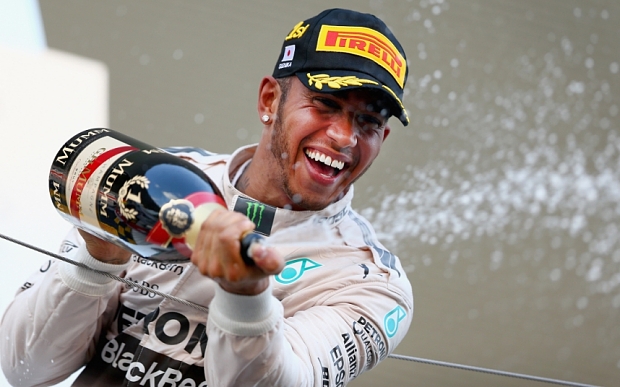 This puts Hamilton closer to keeping his title, with only five races remaining in the Grand Prix. His main rival is Mercedes driver Nico Rosberg, who has three titles, along with Ferrari’s Sebastian Vettel.

This marks Hamilton’s second title in a row on the Suzuka Circuit, and his third at the Japan Grand Prix. He first won the title in 2007 on the Fuji Speedway. As this is his 41st victory, Hamilton’s win tally now matches that of former world champion Ayrton Senna.

Although Hamilton was in second place in the beginning of the race, he ultimately beat Rosberg, arriving at first place. The world champion was able to widen the gap when he needed to, unlike his performance during his last race in Singapore, in which he withdrew at the last round.

Hamilton reached the finish line with a time of 1:28:07.19. After deviating from the track, Rosberg was able to use strategy to get back on the race track, passing Sebastian Vettel to acquire second place.

Vettel tried to make a comeback in the final lap, and reduced the time difference between him and Nico Rosberg to 1.8 seconds, but he did not have enough speed to overcome him, leaving him in third place.

In the fourth place came Finnish Ferrari driver Kimi Räikkönen, 33.76 seconds after Hamilton, while Valtteri Bottas, Williams Martini racing driver, came in fifth place with a 36.76 second difference between him and Hamilton.

The performance of McLaren-Honda was modest in Honda’s homeland, as the car engine’s weakness was obvious, and the McLaren team, made up of Spanish driver Fernando Alonso and his British partner Jenson Button, were easily surpassed. Alonso came in the 11th place while Button came in 16th place.

The top 10 rankings came as follows: