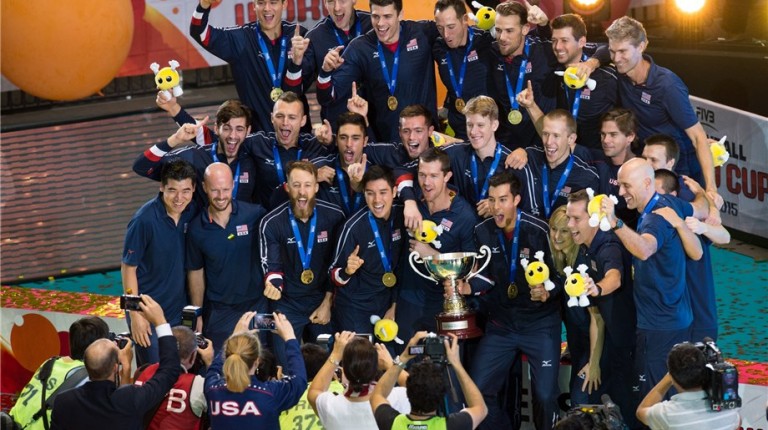 The US national volleyball team has topped the World Cup after acquiring the title, defeating their Argentinean counterparts, three sets to one in the final match of the tournament.

The Italian team achieved a remarkable victory over Poland, defeating it in three sets, while Poland succeeded in winning only one set. The results of the sets were 26-24, 22-25, 25-22, 25-19. As a result, the Italian and the Polish team took second and the third place respectively, following the US team.

As such, both the US and the Italian teams qualified for the 2016 Olympics in Rio de Janeiro, after acquiring the gold and the silver medals in the tournament.

Meanwhile, the Iranian team thwarted the Egyptian team’s hopes in the tournament, defeating Egypt in three sets to none. The results of the sets were 25-18, 25-11, 25-23, putting the Iranian national team eighth place.

The Egyptian national team’s loss comes after it achieved only two victories in the tournament, over the Tunisian and the Venezuelan teams, putting it in 10th place.

28-year-old American player Matthew Anderson obtained the best player title in the tournament. He is the best server, with a 70% rate of success, while the Egyptian player Ahmed Abd El-Hayy topped the list of scorers in the tournament, registering 230 points.

The results of the teams that participated in the tournament came as follows:

Meanwhile, players varied in strong points, with many receiving different accolades, as follows: