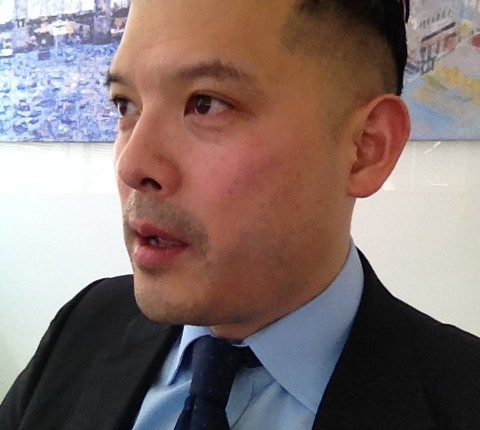 Han said CIMB has a wide range of business interests in the region, in Egypt specifically and is working closely with Cairo-based research partner firm, Sigma Capital. Both CIMB Securities UK and Sigma Capital have conducted a series of highly successful investor road-shows and capital markets events, he said.
What is CIMB Securities?
CIMB is a leading ASEAN universal bank that operates the largest Asian investment bank in Asia. CIMB is also one of the world’s largest Islamic banks being a leader in global Sukuk issuances annually. CIMB has business operations across 17 countries in Asia with 40,000 staff members.  CIMB’s business motto is to bring ASEAN and Asia to the world as a single-banking platform that offers unparalleled expertise in the Asia-Pacific region.

Does the bank have business in Egypt?
No, not yet. CIMB’s main presence in the Middle East is currently through its Bahrain office, the bank’s first foray into the region. Established in 2006, CIMB Bahrain offers both conventional and Islamic financial services to the Middle East region.  CIMB however has a wide range of business interests in the region, in Egypt specifically. CIMB Securities UK has worked closely with Cairo-based research partner firm, Sigma Capital. Both CIMB Securities UK and Sigma Capital have conducted a series of highly successful investor road-shows and capital markets events.

What is the total capital of the bank now?
CIMB’s total shareholders’ funds stood at $8.8bn as of Sept 2015.
How does the bank promote Sukuk as a financial tool in the emerging markets?
CIMB Islamic has substantial wholesale banking operations delivered through our fully-integrated platform across Asia Pacific. Our corporate banking and treasury market businesses offer one of the most comprehensive and integrated product and service suites among Islamic banks in ASEAN.

Our investment bank is the largest in Asia Pacific with offices in ASEAN’s main markets and in Bahrain, Colombo, Hong Kong, Melbourne, Mumbai, Shanghai, Seoul, Sydney, Taipei and Ireland. In addition, we have equity sales operations in London and New York.

What are the results of your meeting last month with governmental figures, corporate professionals and Egyptian entrepreneurs?
I visited Cairo in early September to meet with government officials, business leaders and corporate representatives. Sigma Capital is our local partner firm in Egypt that arranged excellent access to leading Egyptian public and private entities in the country.

Through a wide range of diverse meetings, which included the EFSA, government officials, publicly listed companies as well as private entrepreneurs (eg IT and Venture Capital Funds), we were able to better understand the economic planning and infrastructure projects pipeline currently pursued by the Egyptian government.

The meetings had two purposes. One is to better understand the country’s needs and demands in select industries, especially potentially in areas of infrastructure and financial services where CIMB can offer unparalleled access in Asia. The other aim was to identify areas where Egyptian companies want to forge closer direct relationships in Asia, so that the country’s best assets and resources can be offered more aggressively into the region.

How the does the bank market and promote Egypt to the western financial world?
CIMB has promoted access to and investment opportunities within Egypt through its partnership with Sigma Capital. Our primary focus is in institutional equities where Sigma Capital and CIMB jointly offer top-quality research, corporate and government access, and trading execution for the largest institutional investors across the UK and continental Europe.

CIMB and Sigma Capital also led in terms of promoting the best Egyptian corporations that operate in the country to European institutions via corporate investor road-shows, some of which included Telecom Egypt, Oriental Weavers Company, or ElSewedy Electric Company, to name a few. CIMB also each year hosts the largest Asia-Middle East Corporate Investors Conference in Europe (usually out of London), at which Sigma Capital has always promoted Egypt and presented on related investment strategies to leading global investment institutions.
What are the Egyptian investment opportunities you promote to investors?
CIMB primarily focuses on offering advisory service on equities investments in Egypt in partnership with Sigma Capital’s research franchise. Thanks to Sigma Capital’s local access and franchise leadership on the ground, we are also able to occasionally highlight other investment opportunities in areas of banking, private equity, or infrastructure for select institutions in Asia.

Mr Ahmed Marwan, the Chairman of Sigma Capital, has constantly taken a most proactive lead role in promoting Egypt to both Asia and Europe. His deep, strategic understanding of the wide range of the many investment opportunities ahead has been vital to commercial banks like CIMB Group, to offer competitive access to this country that offers highly attractive growth potential.

The Asia/MENA conference is one of the largests in the world. What is the target and agenda of the conference and who are its guests?
The Annual CIMB Asia & Frontiers Leaders Conference is the only institutional investor event globally that offers access to leading corporations and invited expert guest speakers from Asia and the Middle East. We have a vision that both regions will become much closer politically and economically going forward. That relationship is anchored around the fact of Asia becoming the predominant consumer of energy resources from the Middle East but also, reversely, becoming increasingly the top target for most Middle East governments and corporations for pools of capital liquidity, investment opportunities and high-growth markets.

The aim of our flagship conference is to facilitate such momentum and cross-introduce a select network of leading companies that represent each region, and will lead these developments going forward. This seismic trend itself will engender new investment opportunities, something that seasoned and forward-looking institutional investors are seizing upon.

The conference not only attracts each year the largest group of corporate representatives from Asia and the Middle East, but also hosts the most established institutional investors in the UK and Europe.

Sigma Capital also played a vital role in promoting a number of leading Egyptian corporations, such as Oriental Weavers Company, that will get the opportunity to directly present to European institutions for investment capital, either through one-on-one meetings or select group forums.

Lastly, we will also have an invited guest speaker that will lay out the exciting, government-led infrastructure project opportunities throughout Egypt.

What is your opinion on CBE’s policies limiting hard currency cash deposits and devaluating the Egyptian pound vs the dollar?
The general position by most European investors is that FX restrictions (capital control) make it more difficult to make investment decisions, especially when a lot of other Frontiers and Emerging Markets countries in the Middle East and Asia are free from such restrictions.

Having said that, investors generally do appreciate certain restrictions that come at certain development phases, whether they are political or economic (or both), hence a proactive, clear and consistent roadmap by the country’s decision-makers  and regulators would always be welcome to enhance the understanding and navigation capacity of certain policy milestones and challenges ahead.

What is your opinion on Islamic banking and funds in the Arab world and Egypt?
Islamic banking is one of the fastest asset classes globally and CIMB has been consistently in a leadership position to promote competitive products in Asia and internationally. CIMB has a branch office in Bahrain to promote the bank’s franchise into the Middle East and Egypt.
Does the bank plan to have a regional office in Egypt?
No not yet. But top management of both CIMB and Sigma Capital have already started discussions on a number of potentially attractive investment initiatives in Egypt.
What is your opinion regarding the Egyptian financial market?
Unfortunately, like for the rest of the Emerging & Frontiers Markets world, Egypt was not exempt from the turmoil and volatility we encountered across capital markets this year. The Middle East in particular has been weighed down by well known factors, notably a collapse in crude oil prices but also economic reform requirements, budget concerns and regional conflicts.

The region does offer a number of attractive investment opportunities as valuations and return yields remain competitive, but the wider investor world remains in a risk-averse environment against sluggish global demand, a slowdown in China, and potentially rising interest rates.

Egypt is being closely watched and seems to have achieved a decent level of stabilisation on the political front. However, a key element will be the government’s ability to attract foreign capital for its country-wide mega-sized projects and its timely execution thereof, the increase in job creation, the fostering of a corporate-friendly environment (taxation, wages, FX etc), and policy measures that further facilitate direct FDI into the country, in my view.