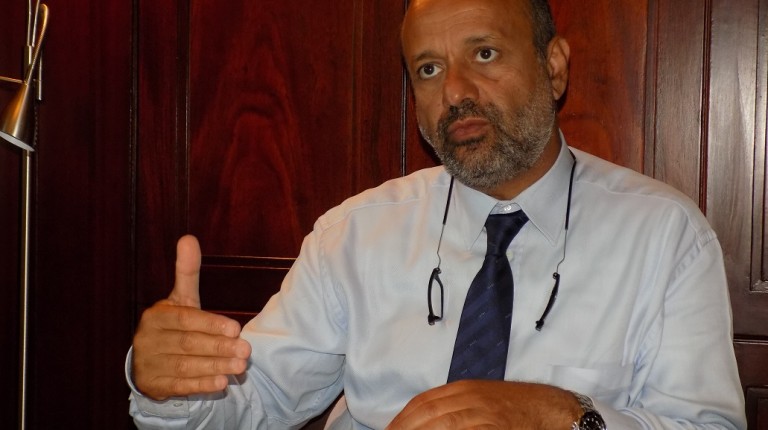 By Mostafa Fahmy and Mohamed Mostafa

Pharmaceuticals company Pfizer plans to add a new liquid production line and a warehouse with investments worth EGP 100m in the upcoming months.

Chairman Abdel Aziz Shahin said Pfizer Global recently agreed to fund the construction of a pharmaceutical warehouse within the company’s factory in Egypt with investments worth EGP 70m. The parent company is currently considering adding a production line for liquid medicines at a cost of between EGP 25m-EGP 30m.

Pfizer Egypt increased its capital to more than $100m last month to finance new investments and provide the funds required for potential future expansion, according to Shahin.

The company aims to achieve EGP 1.1bn in sales over the next year, compared to EGP 1bn last year, representing a 10% increase, according to Shahin. “The company aims to increase sales to earn a place among the five top-selling companies on the Egyptian market. We are currently in seventh place,” he added.

He expects pharmaceutical sector sales to reach $4.4bn or EGP 33bn this year, compared to the $3.9bn recorded last year.

According to Shahin, foreign companies operating on the Egyptian market have acquired 50% of sales, despite producing only 30% of units, due to their relatively high prices on the local market. This percentage is expected to drop to 48%, while local private and public companies will acquire a 52% share following recent expansions in higher-priced Hepatitis-C drugs.

There are 25 pharmaceutical companies currently operating on the Egyptian market, 19 of which are involved in Pharma, an association of foreign companies. Only six own factories, and most manufacture through third parties in Egyptian factories or directly import from the parent company.

The Egyptian market is the second highest-selling for pharmaceuticals among Arab and African markets, after Saudi Arabia and South Africa according to Shahin. He added that the Egyptian market is very promising in terms of attracting investment, and explained that Egypt has drawn the attention of major international companies.

“The Egyptian market is quite stable and is not influenced by turmoil… It is characterised by an expanding population with a growth rate of over 12% annually. However, the only obstacle in this market is that prices remain fixed despite price increases for all imported inputs used for production,” he explained.

Shahin expects major foreign companies to acquire local pharmaceutical companies in the near future in the same vein as Canada’s Valeant Pharmaceuticals’ recent acquisition of Amoun. He said that foreign investment in the sector should not be cause for concern, as it supplies new investments and provides work opportunities, while also creating innovative new products.

He went on to say that Egypt should strive to attract Arab investments and achieve maximum benefit by preparing professional personnel to lead the medical sector. “As long as there are laws governing the investment process, there is no cause for concern,” he added.

He said that the upswing in the number of foreign companies will not reflect negatively on the average price of drugs in Egypt, since the Health Ministry controls prices at the end of the day. Companies submit a list of prices for products in all countries worldwide, and the ministry selects the lowest price.

On a related note, Shahin pointed out that Pfizer has received inquiries from a number of American companies wishing to familiarise themselves with the Egyptian market. Most questions have to do with laws organising investment, the security situation, and taxes, and Shahin said his answer is always: “Egypt is a stable market that is attractive for investment, and represents one of the strongest markets in the area.”

He said that the pharmaceutical sector has suffered from pricing and registration issues for a long time, but that the Ministry of Health recently succeeded in cooperating with Pharma to agree on a new law for registration. Work on the law is currently underway, and it will help reduce the registration period to just 18 months, instead of four years.

He noted that Ashraf Kholi, Board Member at Pharma, met with Assistant Minister of Health for Pharmaceutical Affairs Tarek Salman during a recent visit to the American Chamber of Commerce in the US to discuss opportunities and constraints in the Egyptian market. They also talked about how foreign pharmaceutical companies have expressed fears regarding pricing, and the minister promised to resolve the crisis in the upcoming period.

Shahin said that the Supreme Advisory Committee formed by the Minister of Health to resolve crises within the sector took steps to reform the problem of pricing new and old medicines, to overcome the deadlock which has led to serious losses.

According to Shahin, the Advisory Committee recently presented a proposal to address the issue through a risk-sharing mechanism involving the pharmacist, the distributor and the manufacturer. This means that the company will divide low profitability between the pharmacist and the distributor without compromising the patient, and the government will issue a guarantee to adjust prices if foreign currency increases by 15%.

He added that companies have made demands to increase prices by a small percentage for medicines that have incurred losses in order to maintain their presence on the market and not force an halt of production. He said that local companies are those most harmed by low pricing, while international companies are more capable of bearing the burden for a longer period of time.

“Adjusting prices is necessary, but to an extent that allows to industry to continue and at the same time provide the medicine to the patient at a suitable price… Some companies have indicated their plans to sell due to an inability to continue in light of the current situation.”

Shahin ruled out the possibility that any multi-national companies would stop manufacturing a product if it achieves losses, saying: “There is a code of conduct and respect for citizens that governs foreign companies. Medication cannot be withheld simply because it achieves losses… Pfizer has a few medicines that achieve losses or very small profits, and we still produce them three years later. We will continue manufacturing these products and have informed the Ministry of Health of such.”

Shahin said Pfizer does not export products from its plant in Egypt because it also has factories in Nigeria, Senegal, Algeria, South African and Morocco. He noted that the price of drugs in Egypt does not encourage export, as surrounding countries want to purchase products according to prices in their region.

Regarding intellectual property rights, which international pharmaceutical companies hope to apply in Egypt, Shahin explained that the Ministry of Health is studying a proposal to institute a system to track pharmacists and monitor pharmaceutical packaging from the time it leaves the factory to the time it reaches the pharmacist in order to prevent commercial fraud.

He said that decision to apply the system would take some time in order to reach all elements of the pharmaceutical system (factories, distributors, and pharmacists), but he believes that the Ministry of Health will agree on a date for application in a month.

He pointed out that the system does not require much time to be implemented, noting that it was successfully applied in Saudi Arabia and the UAE. Costs for using the system are only high for the factories, he said, and lower for pharmacies, and the Pharmacist Union has promised to fund tracking systems if the system is implemented in order to eliminate expired medicines.

Pharmaceutical companies are currently working on an agreement with the Pharmacist Union to remove expired medicines from shelves and “clean the market”. Shahin said that foreign companies have no issues withdrawing all their medicines from markets whatever the volume.

He explained that pharmaceutical companies have complied with market cleaning work since 2012 and agreed to remove all medicines bearing their logos. The companies discovered that a significant amount of counterfeit medicines exist.

Shahin estimated the volume of foreign companies’ expired medicines to amount to approximately 1%-1.25% of the total, and accused manufacturers of a third party of exacerbating the crisis.