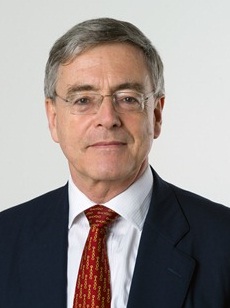 The German Ambassador in Egypt Julius Georg Luy expressed his commitment to support Egypt in its fight against terrorism and quest for stability during the celebration of German Unity Day Monday night, state media reported.

Germany’s new ambassador to Egypt, Julius Georg Luy, arrived in Cairo late August to assume his position as a successor to Hansjörg Habar.

During his speech, Luy spoke about the establishment of a new Egyptian parliament in the coming weeks, considering it an important step on Egypt’s path to democracy.

The ambassador was hopeful that the future parliament would adopt the core principles of “justice, unity and freedom” and strive for their realisation.

The German Ambassador expressed his country’s willingness to invest in the Egyptian economy as well as the fields of education, technology and innovation. Furthermore, Luy regarded the Sharm El-Sheikh conference early this year as a successful event that presented a starting point for German investments.

During President Abdel Fattah Al-Sisi’s visit to Berlin and his meetings with Chancellor Angela Merkel in June, both countries reaffirmed strong ties in the political and economic fields. This came in spite of heavy human rights criticisms directed at Egypt.

Cultural relations and development cooperation, especially when it comes to the interaction with civil society, have grown tremendously since 2011, according to previous statements by Hans Christian Mangelsdorf, Head of the German Embassy in Cairo’s Economic Department.