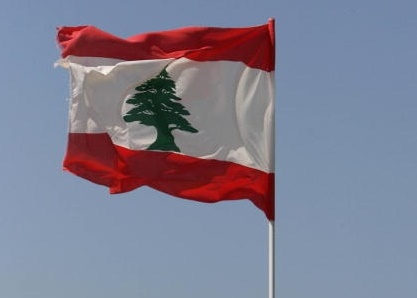 A long-time Egyptian fugitive, accused of the misuse of vast amounts of public funds, has been arrested in Lebanon by the Interpol, the Ministry of Interior said in a Tuesday press release.

The Lebanese division of the International Criminal Police Organization (Interpol), working within the local security forces in coordination with Egyptian authorities, arrested an individual named “Medhat A. Sh.” as he arrived to Beirut from Italy, the Ministry of Interior said.

The fugitive was sentenced to seven-years in prison in case 4246 of 2003, as well as an EGP 2.2m fine for the appropriation of public funds. The arrest was obtained through an international arrest warrant for the named individual, to implement the Egyptian judiciary’s decision, the ministry said.

Despite the scale of the accused crime, it is not clear to which individual or case the Ministry of Interior’s report refers to.

Various representatives among the Lebanese department of Interior Security Forces and the Interpol office said they had no information of the individual or the case.

The main database of Interpol’s international list of wanted persons also features no individual that bears any relation to the Ministry of Interior’s report.

There also appears to be no related case documented in media and reports online, on Egyptian, Lebanese or international sites.

Corruption among public officials has been a long-time problem in Egypt, and was one of the key issues that was raised during the 2011 revolution.

Most recently, the Minister of Agriculture was arrested on corruption charges. Then, days later, amid rumours of further arrests, the cabinet resigned their posts, leading to the formation of a new cabinet with a Minister of Petroleum Sherif Ismail taking over from former prime minister Ibrahim Mehleb. Mehleb was named in the large ‘presidential palaces’ corruption case of former president Hosni Mubarak.

In July, former prime minister Ahmed Nazif received a five-year prison sentence and an EGP 53.3m fine, in a corruption case dating to his tenure under ousted president Hosni Mubarak.

In addition to the fine, Nazif was ordered to pay back EGP 48.6m to the Egyptian government for illegal profiteering in his official roles. The Illicit Gains Authority originally referred Nazif to the criminal court in light of its investigations that found he had abused his authority in obtaining illegal gains of EGP 64m.

In December, the World Bank said that it documented that in 19% of corruption cases in Egypt, cases of civil servants caught accepting bribes were not investigated, with another 41% of investigations opened but not concluded.

The statement added that Egypt’s problem in fighting corruption is not the lack of regulations needed to crack down on corruption, but that the country fails to enforce them, leaving civil servants rarely punished.

Previous World Bank research has highlighted how the vast majority of Egyptians are made to pay bribes for the delivery of basic public services or to resolve problems with the government, particularly in urban areas.