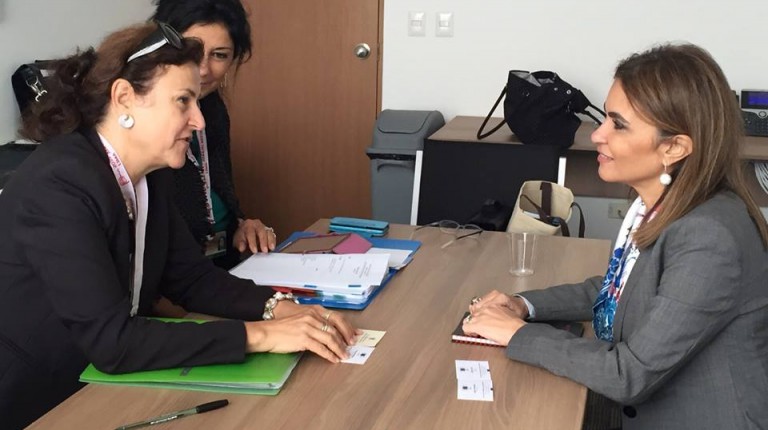 Egyptian Minister of International Cooperation Sahar Nasr met with Deputy Director General of the European Commission, Katerina Mathernova to discuss prospects for economic and financial cooperation between Egypt and the European Union.

During the meeting, held on Friday, they discussed the current status of the programmes and projects funded by the European Commission grants, in the framework of bilateral cooperation between Egypt and the EU.

They also tackled the programmes and projects funded by public grants in different economic sectors, which amounted to €490m.

Nasr highlighted the ministry’s determination to benefit from the mobilisation of international funding sources, to serve economic development goals and financial reform in Egypt.

Stalled projects that are facing difficulties in implementation were also discussed. Nasr said she will work with all parties involved in the implementation of projects to overcome the obstacles that will delay progress in these projects.

They also discussed the economic developments in Egypt over the past period. She further pointed to the government’s efforts in introducing comprehensive economic reform in Egypt.

In order to promote Egyptian-European relations, Nasr further noted the importance of using European aid to support the government’s priorities in the current phase, as this reflects directly on the community.

A day earlier, Nasr met with Hazem El-Beblawi, Executive Director of the International Monetary Fund (IMF). During their meeting, Nasr pointed out that the economic reform programme requires more funding.