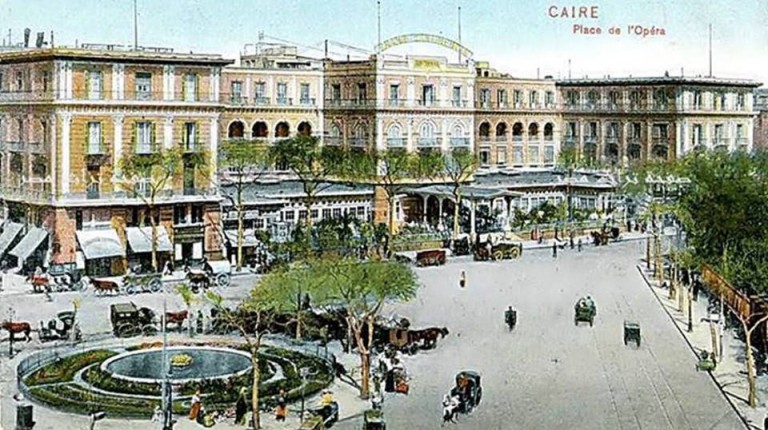 By Ahmed Saad
The Holding Company for Tourism, Hotels & Cinema (HOTAC) obtained approval to demolish the Continental Hotel in the Opera Square in Downtown Cairo.

Chairman of the Board of Directors, Mervat Hataba, told Daily News Egypt that demolition was decided as the building is a ramshackle, and that the Cairo governorate and stakeholders wants to preserve the hotel’s facade, which is an archaeological heritage.

HOTAC consulted specialists to manage the demolition process and maintain its archaeological facade before beginning renovations, according to Hataba.

The Continental Hotel is located in Downtown Cairo, and includes a number of shops overlooking 26 July Street on one side, the Azbakeya gardens and Ataba metro station on another, as well as Adly Street.

HOTAC is considering providing shop tenants with alternative shops until the renovation process is completed, or they can also to choose to exit and leave permanently, Hataba said.

Chairman of The Egyptian General Company For Tourism & Hotels (EGOTH), Samir Hassan, said in earlier statements that the cost of renovating the hotel after the earthquake in 1992 was EGP 100m. He added that the initial cost of the demolition and the reconstruction as well as building a shopping mall can amount to EGP 650m.

EGOTH plans to establish a 250-room four-star hotel, in cooperation with HOTAC.

The hotel once hosted a number of prominent figures, such as Saad Zaghloul, and Ahmad Ziwar Pasha, who was prime minister in the 1920s twenties.

King Fouad had announced Egypt’s independence from England in March 1922 from one of the royal halls of the hotel.

The hotel had also hosted English officer Thomas Edward Lawrence, who was known as Lawrence of Arabia, when he arrived to Egypt in December 1914. One of the hotel’s suites had witnessed the death of Lord Carnarvon in 1923, who was the financer of Howard Carter’s successful expedition to discover the tomb of Tutankhamen. Carnarvon is believed to have died of a mysterious disease when he came back from Luxor, where he was bitten by an insect.