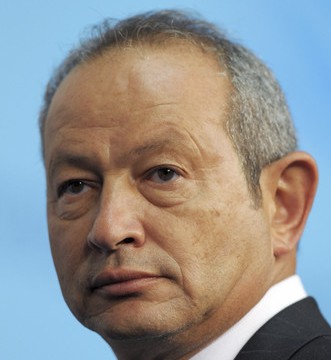 Egyptian businessman Naguib Sawiris said on Saturday that the Free Egyptians Party (FEP) will compete over 220 seats out of a total of 600 seats during the upcoming parliamentary elections.

In a televised interview, Sawiris said he is one of the founders and a member of the party, but not its current president. He added that “the party does not aim to win the majority of the seats as much as its aim to defeat poverty”.

“The party has greatly experienced members who are able to execute its programme,” said Sawiris. He further confirmed that he wrote the party’s economic agenda himself, based on the German model, which is built on the open market system, but also puts into consideration the different societal demands.

Sawiris established the FEP following the 25 January Revolution and the ouster of former president Hosni Mubarak. At that time, Sawiris emphasised that the party’s main goal is to preserve the “Egyptian identity” against the influence of the Islamist parties, such as those of the Muslim Brotherhood and the Salafists, that were formed during the same period.

“The Egyptian people learnt the lesson well from previous elections,” commented Sawiris when he was asked whether the Islamist Al-Nour Party will gain a lot of seats.

Last month, the FEP announced that it will field 227 candidates in the upcoming parliamentary elections. Out of this number, only nine members are included in the electoral coalition of “For the Love of Egypt”, which will compete in the list systems. The rest of the candidates are set to compete for individual seats.

Following the ouster of former president Mohamed Morsi in July 2013, the FEP took a pro-state stance, and has been aligned behind President Abdel Fattah Al-Sisi.

During the interview, Sawiris said Egypt needs a strong Protest Law that can protect demonstrators and preserve the authority of the state.

The party, which had been less engaged in disputes between electoral coalitions, recently received criticism of using ‘political money’ to buy candidates. On the other hand, the party claimed that over 1,500 people had requested to run as parliamentary candidates under the party’s name.

The party was also previously accused by Islamists of being a “Coptic” party due to Sawiris’ religious background. However, Sawiris rebutted by saying that most members of the party are Muslims, stating that such accusations come from Islamist parties that always take a sectarian stance in their political discourse.