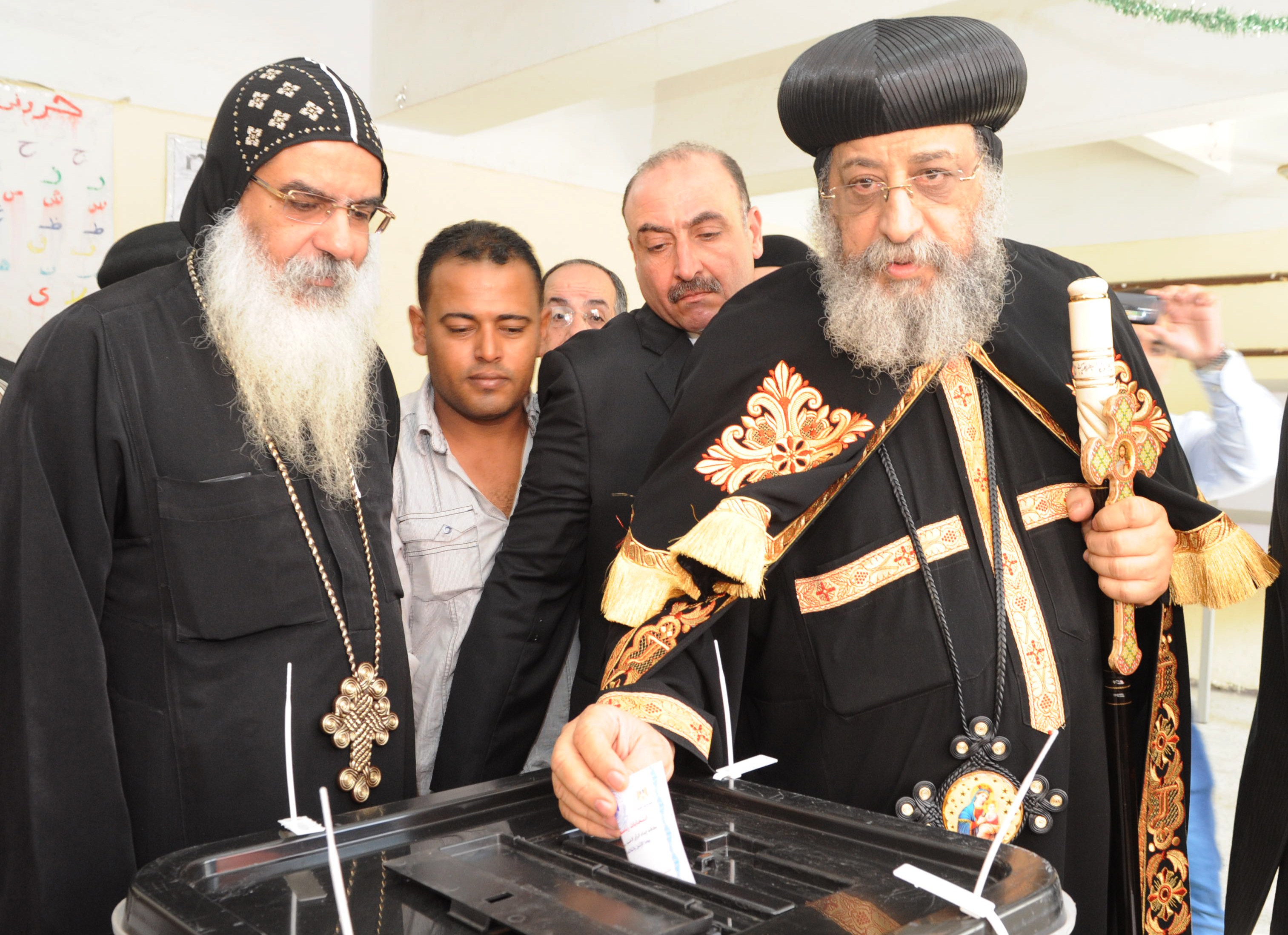 According to Egyptian law 46/2014, 24 seats are allocated for Copts inside the upcoming parliament. This quota represents 20% of the total seats elected via closed-list systems, which in total form 120 seats of over 500 members of the House of Representatives.

Nagy William, a candidate in Cairo who will be running in the second phase of the elections, said he expects an overall Coptic representation inside the parliament to be a minimum of 30 members, or nearly reach 40.

“I believe such a percentage is reasonable but we must keep in mind that the majority of it will come through closed lists, which is a system that might not last in the coming parliamentary elections,” William told Daily News Egypt Tuesday.

As a result, William said the Coptic community’s purpose should aim at gaining electoral experience, especially as the criteria of evaluation will be on the level of individual competition and competency, and not religious affiliation.

“This means that Copts are Egyptian citizens before anything else, and if they succeed in winning parliamentary seats, then we are in a real democracy that has overcome sectarian issues,” he added.

The Egyptian Coptic Coalition’s coordinator Fady Youssef also estimated a similar number for representation inside the parliament, saying Copts could reach 40 to 45 members. “This would be the highest representation historically,” Youssef said.

“There were barely six or seven members in Abdel Nasser’s parliament, nine in Mubarak’s, and most unfortunately the number even dropped by half after the 25 January Revolution,” Youssef added.

As for Nader Sobhy, founder of the group “Christian Youth”, the idea of a quota for the Coptic community reinforces the concept of “being a Christian minority”, not an Egyptian citizen. He added that the existing quota for the current parliamentary elections is “too little”.

Controversy erupted regarding Coptic candidates allied with the Salafist Al-Nour Party, who are running as candidates on closed-list systems in the name of the party. Pope Tawadros II, the leader of the Coptic Orthodox Patriarchate, said Copts who join the lists of the Salafist Al-Nour Party for the next parliamentary elections should not be trusted either by Muslims or Christians.

The main point of contestation in the media and social debate with the Al-Nour Party’s Copts revolved around ‘fatwas’ and statements made by the Salafi Call, headed by Yasser Borhamy, also a founding member of the political party. His previous statements referred to Copts as “infidels”.

Nader El-Serafy, a Coptic candidate participating in the Al-Nour Party’s lists, responded to several accusations in an interview with “Hona Al-Asima” programme, aired on CBC, by claiming that ‘fatwas’ were not necessarily imposed on the party, which proves the separation between the Salafi Call and the political party.

Nonetheless, El-Serafy himself made public statement last week in which he said that “civil political parties in Egypt aim at separating religion from politics, and this is an incorrect principle”.

In comments to Daily News Egypt Wednesday, he confirmed he supported his declaration by arguing: “Egypt is ruled by the constitution and by real practices, which establish that Islam is the religion of the state, [it is] not a civilian state.”

El-Serafy added that no legislations can be made if they go against the Islamic Sharia’a governing the state. However, such claims contradicted what he stated during the show. “According to the Al-Nour Party, Coptic citizens are equal to other citizens in political rights and duties, and religious beliefs must be separated from political work,” El-Serafy said.

In his response to this inconsistency, El-Serafy said there is no such thing as “absolute separation between religion and politics, meaning that religious beliefs and worship practising should be separated because they have nothing to do with politics”.

He further added: “Even if the Quran said that Christians are infidels, what does this have to do with politics? My social, political, economic rights are equal to the Muslim citizen.”

On the other hand, Nader Sobhy pointed out in a telephone interview to the programme that El-Serafy and others tried to obtain the approval of the pope to join Al-Nour Party, accusing him of having double standards for “coordinating with those who exploit his religious affiliation”.

Sobhy, a strong opponent of El-Serafy and other Al-Nour Party candidates, said he considered them ‘converts’. “In any case, it is their personal freedom to choose, but they would not be speaking for or representing the Coptic community,” he commented.

“Christian Youth” has repeatedly issued statements criticising those Coptic candidates demanding approvals from the pope to allow them to join the Al-Nour party. The group added that the party’s success meant restoration of political Islam and the Muslim Brotherhood into the political scene.

According to Sobhy, religious parties will result in parliamentary failure, “and must simply be dissolved”.

A major question stemming from the debate concerns the handling of Coptic files inside the parliament. Those include personal rights legislations, which the Coptic community urgently wishes to be addressed in the parliament.

“Sectarian killings are occurring in the country because of conversion from one religion to another, and the Personal Affairs Law for Christians must be immediately implemented,” said Sobhy.

Moreover, Youssef pointed to the need of issuing the unified houses of worship law, which aims at reducing restrictions on building churches. “We have also presented to the presidency, church and Al-Azhar institutions a draft law on fighting violence and sectarianism,” he added.

El-Serafy, who is representing Al-Nour Party in the parliament, said the party has allowed him to vote independently as a Copt on such matters inside the parliament.

“In doing so, I would put the constitution forward in making decisions, and in any debates the constitutional court has the final say because we are discussing legislations. So I favour the right to build churches, but I do not believe in a unified law, because the number of Muslims is much higher than Copts and this is a question of fair representation,” he concluded.